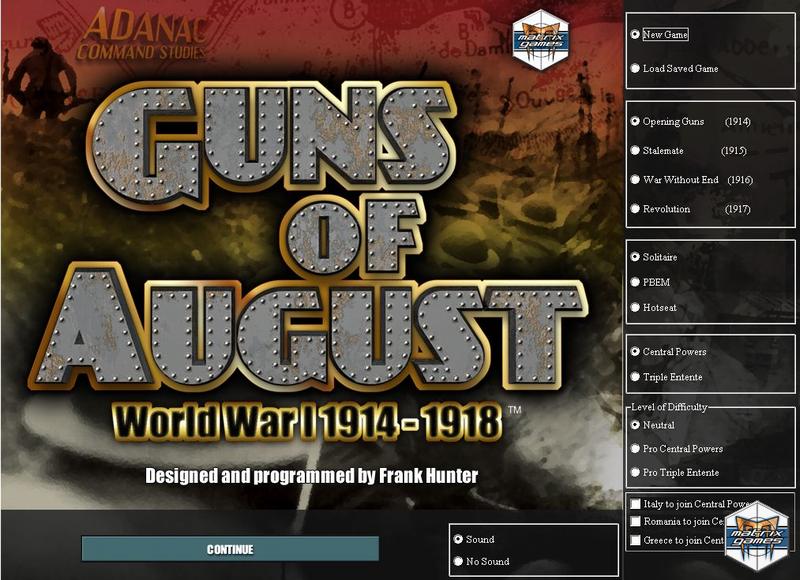 Re-fight World War I at a grand strategic scale. Includes the entire Western and Eastern theaters as well as Turkey. Production, Combat, Diplomacy, Research - Land, Sea and Air combat are all included! Step back to the early 20th Century and hear the Guns Of August! 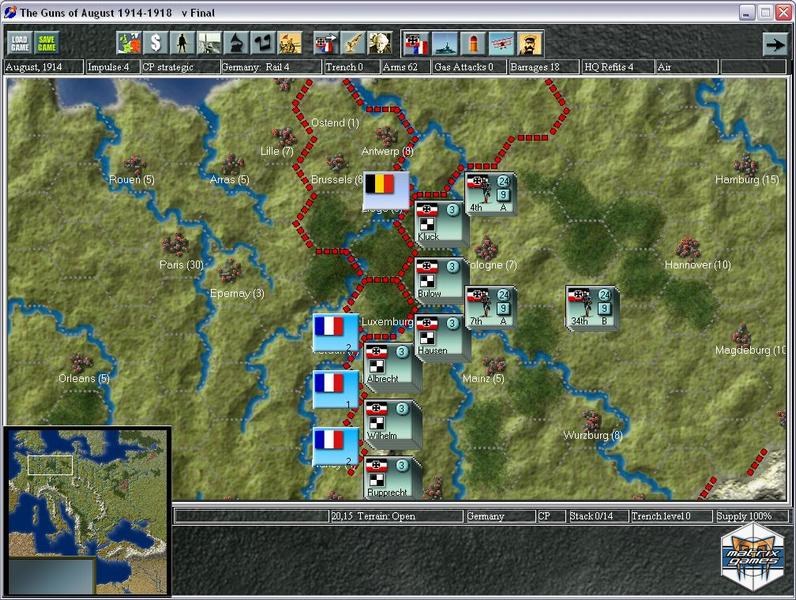 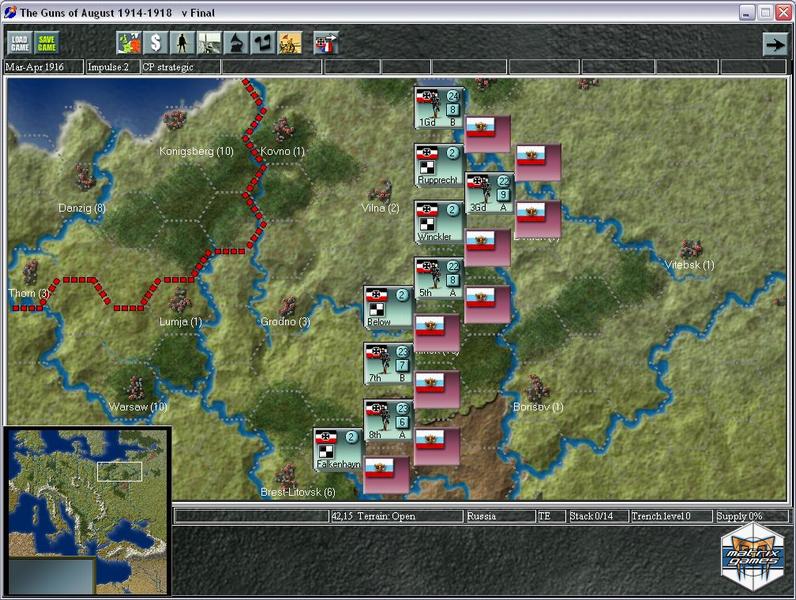 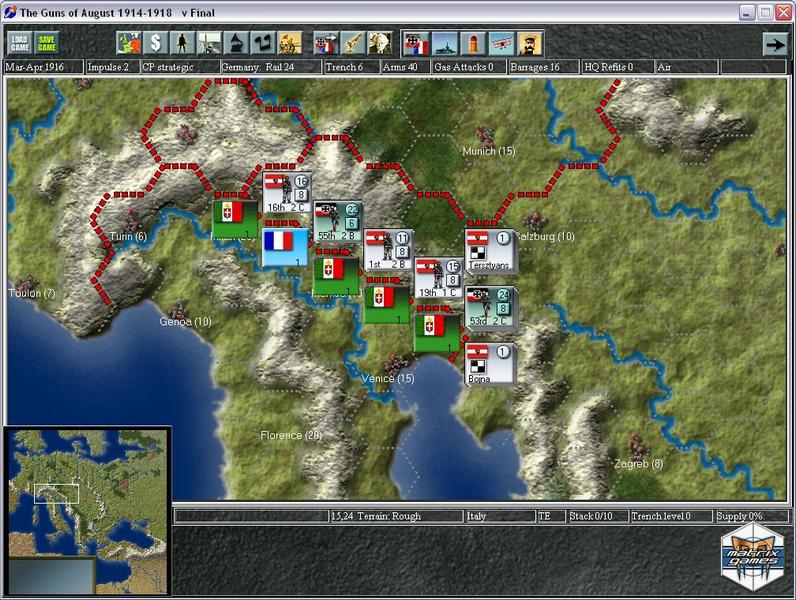 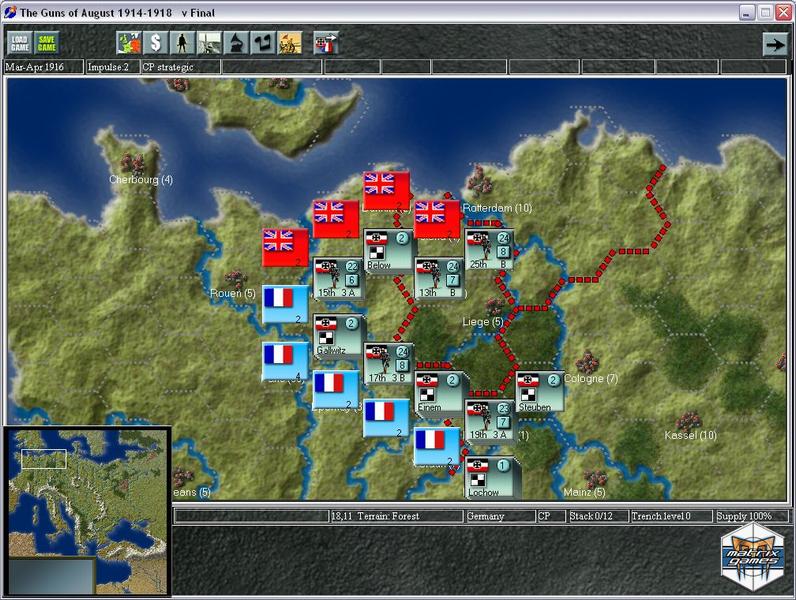 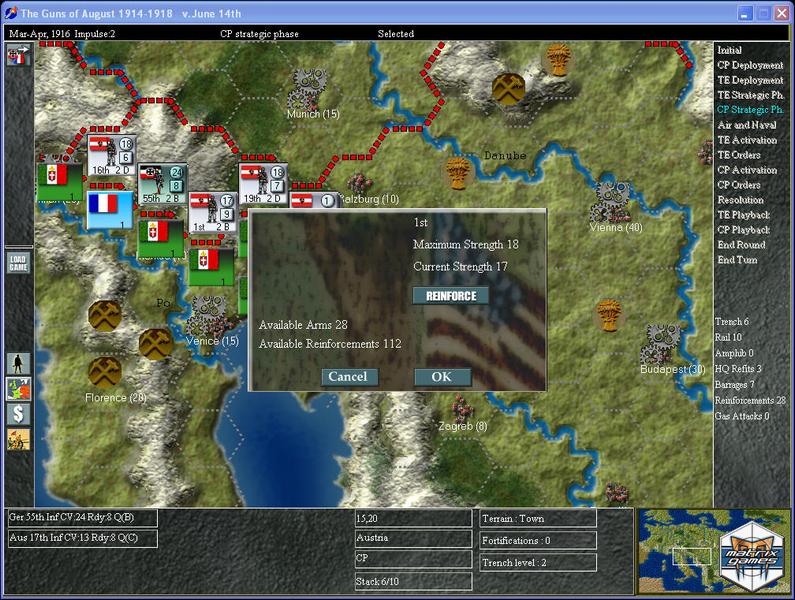 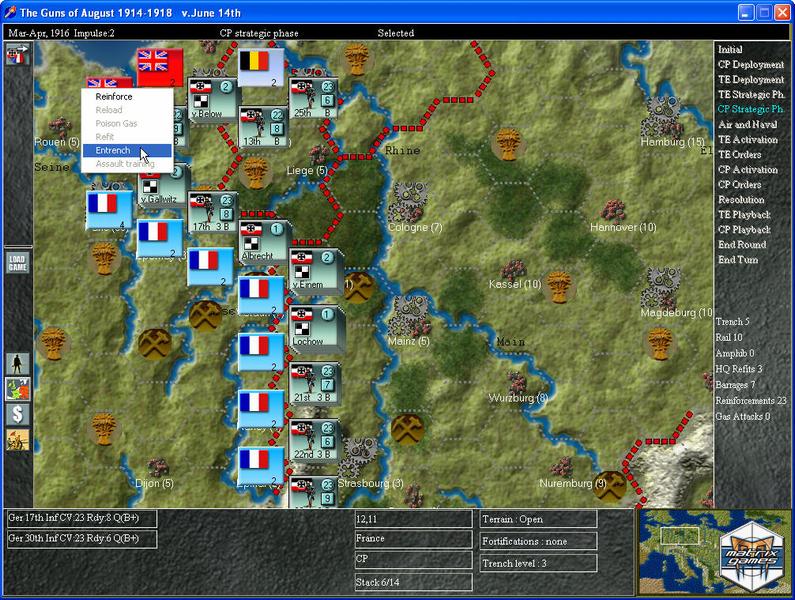 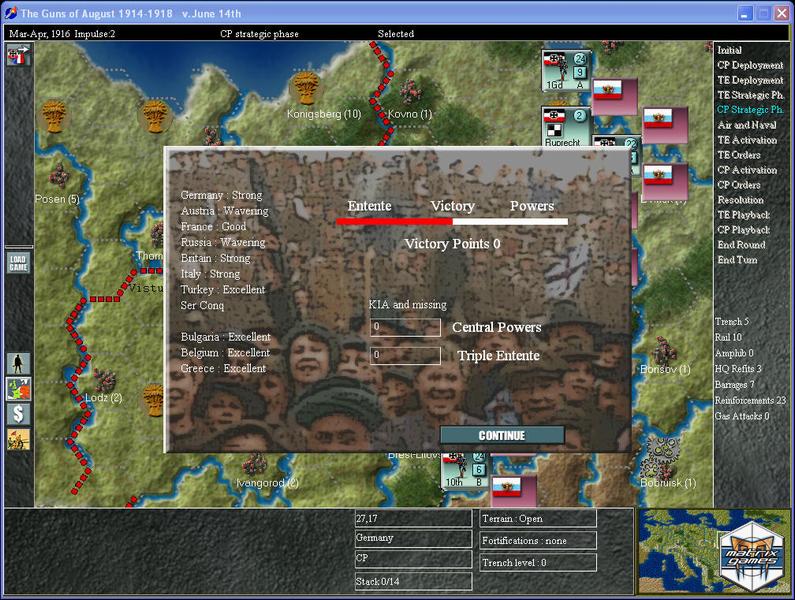 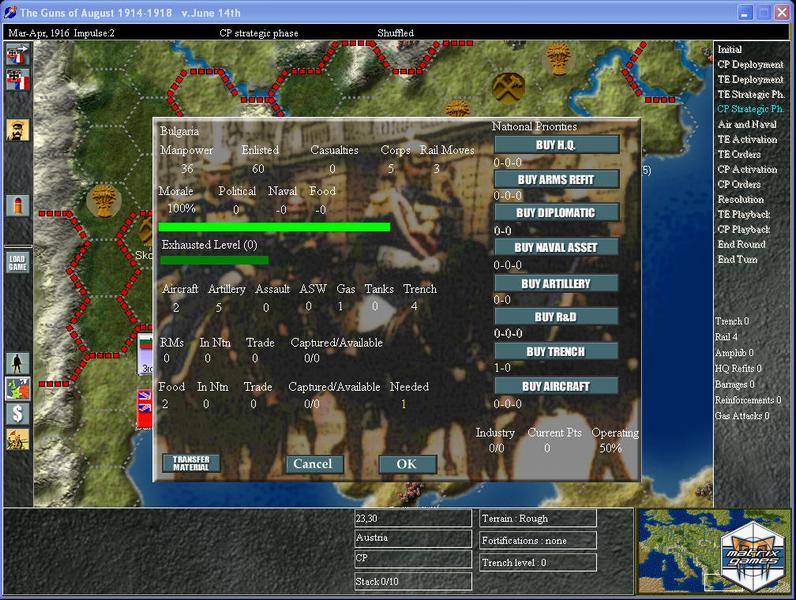 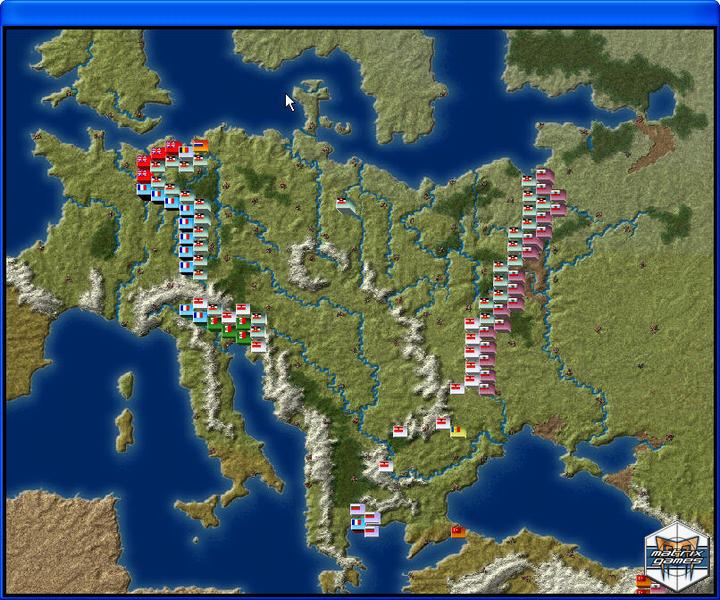 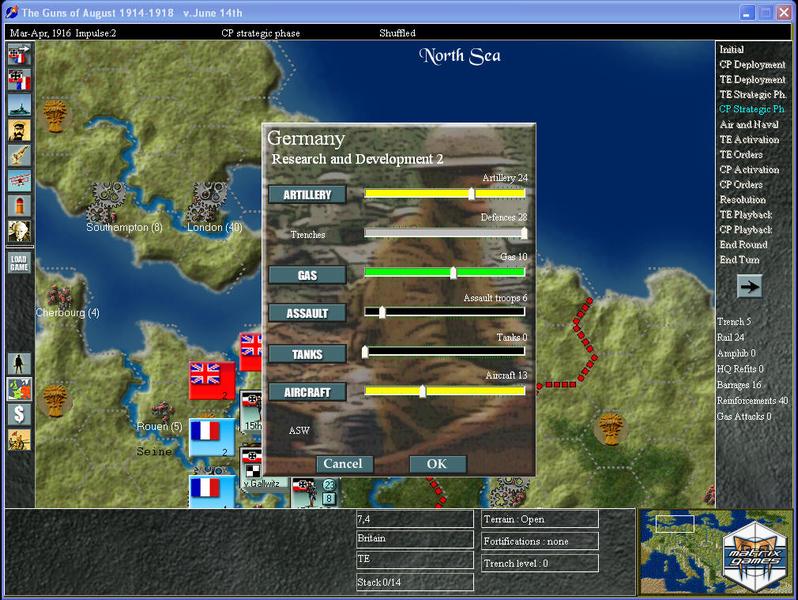 Guns of August Gets a New Update

Jan. 14, 2010 - A small but thunderous new update is now loaded and ready to fire! Matrix Games and Adanac…

Guns of August Is Updated

A New Update for Guns of August Thunders onto PCs!

Step back to the early 20th Century and hear the Guns of August! Guns of August 1914-1918 puts players in command of waging World War I at a grand strategic scale from Paris to Baghdad.

The entire Western, Eastern, Italian and Balkan fronts are included as are the three fronts of the Ottoman Empire. Production, Combat, Diplomacy, Research, Trenches, Fog of war – Land, Sea and Air combat are all included!

Use land units like infantry corps complete with separate artillery units to precisely directing barrages on the enemy’s line. As time goes on, players must deal with changing combat situations like the introduction of the Stosstruppen and even mighty tanks charging though lines to break though the stalemate!

The use of HQs realistically recreate the logistical problem of keeping offensives running - use your HQs correctly or the attack will run out of steam! Naval system is strategic emphasizing control of areas and protection of supply and trade routes. ... and many more!

Guns of August 1914-1918 fully supports a robust AI to fight against as well as full support for play by email.

Includes all of the important theaters of WWI

A robust AI to fight against