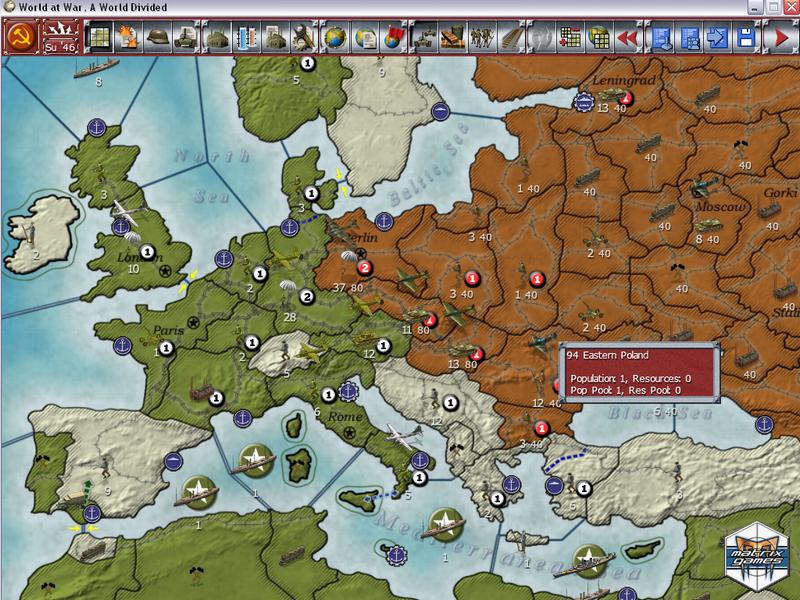 World at War: A World Divided is a dynamic, turn-based strategy game of World War II that puts you in the role of some of the most legendary leaders of history. Four tutorials and three campaigns and five scenarios let you learn the system quickly and start fighting the whole war and beyond. 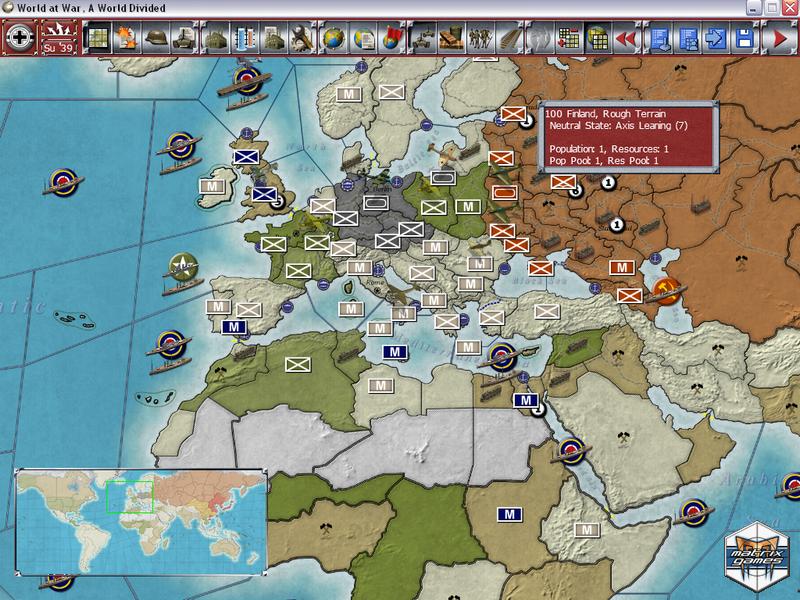 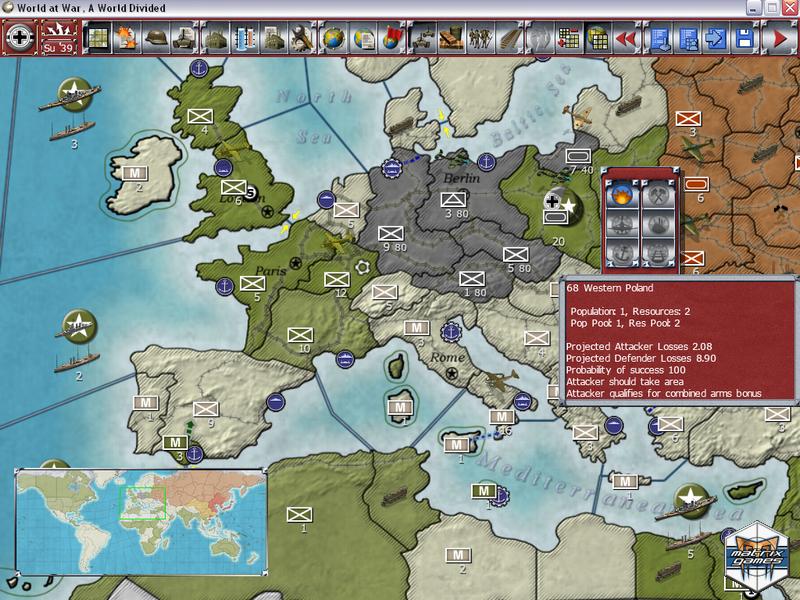 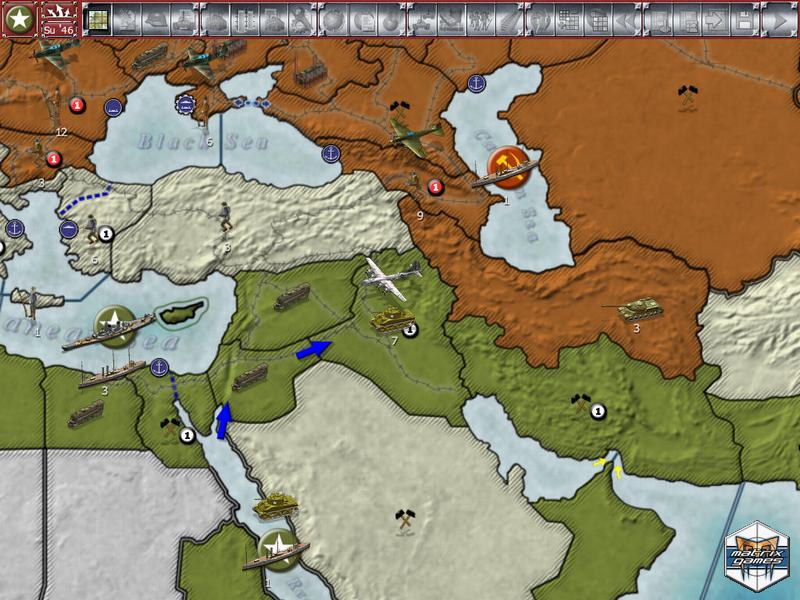 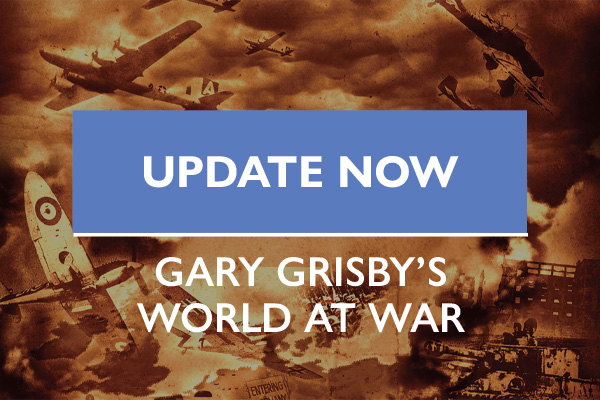 Jul. 11, 2022 - Today we are re-launching an updated version of Gary Grigsby’s World at War: A World Divided

Deal of the Week World at War: A World Divided

Gary Grigsbys World at War: A World Divided is Updated

Mar. 09, 2011 - A new scenario, some rule changes, and even some new features coming this way! Matrix Games…

The forces of the Axis, including Germany, Japan and Italy, face the might of France, Great Britain, the United States, China and the Soviet Union in the epic struggle of World War II. Starting with the blitzkrieg attack on Poland, the course of the war is determined by your actions as the leader of one or more major factions, opposed by human or computer players. A World Divided takes this conflict one step further, with a future what-if scenario that occurs right at the end of the war. Allowing players to go continuously from the end of their game into this new scenario, Russia’s land army powerhouse and consolidated position squares off against the Western Allies naval and air superiority, and who’s territory is massive, yet less easily defended.

As you play Gary Grigsby’s World At War: A World Divided, the events of the war unfold around you through news reel reports covering both historical and hypothetical events, World at War features a variable set of historic events that will be unveiled dependant on how the war is going. As the United States, do you focus on Europe first or send more reinforcements to the Pacific, seeking an early defeat for Japan? As Germany, do you invade the Soviet Union in 1941 or prepare your forces to march into London?

At your disposal are the full air, land and sea forces of each power, A World Divided features spies and signals intelligence as well, capable of stealing technology and other information on the enemy, and providing an upper hand in combat situations. Each unit can be upgraded in a variety of researchable areas. Build more tank divisions, improve your fighter planes or focus on strategic bombardment – the choice is yours. More expensive units take longer to build and shortages in industry, resources or manpower can play havoc with your plans. Four tutorials, three campaigns and five scenarios let you learn the system quickly and start fighting the whole war and beyond. Make it happen in Gary Grigsby’s World at War: A World Divided!

New: As of 2022, now also updated with new PBEM++ support and support for modern operating systems and higher resolutions up to 4k!

Three full-length campaign games (Total War, Axis Blitz, and Arsenal of Democracy), all starting in 1939 and lasting to the end of the war

Over 370 areas on a sprawling world map

Fifteen different combat units in the air, on the land, and at sea, as well as infrastructure and supply units

Each unit has up to 14 attributes, most of which can be improved through research and development

Fog of War rules that hide enemy units and production

Supply rules that can be set to provide a common pool for all units to draw from, or the creation of field units that must accompany the armies

New!: Support for higher resolutions up to 4k and modern Operating Systems

Ability to automate either or both the Production and Research functions

Allows countries to support a world power with resources and production, or even enter the war on the side of one of the major powers

Added realism in combat with rules for bombardment combat and suppression, combined arms attacks, Japanese Kamikaze units and much more

Player purchased spies, signals intelligence and security forces allow players a way to see through the fog of war, steal technology from other players, and improve their combat capabilities

Victory conditions that include strategic victory points for key territories 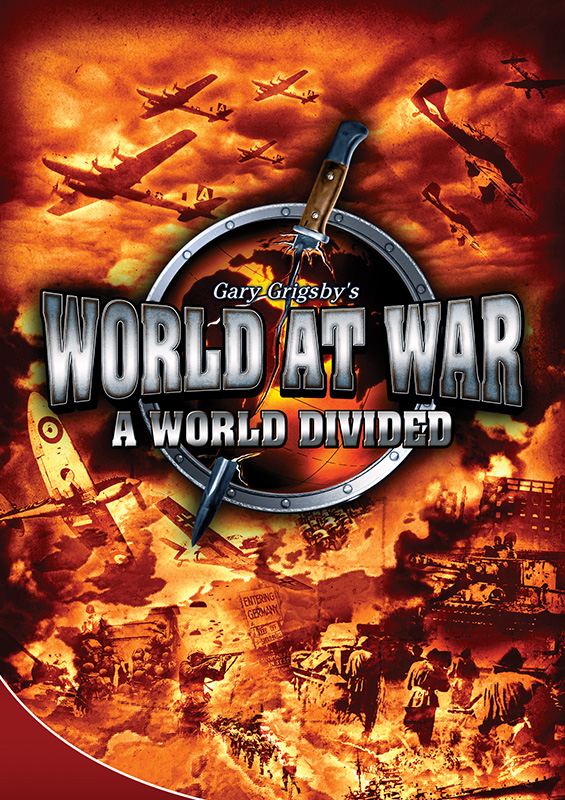