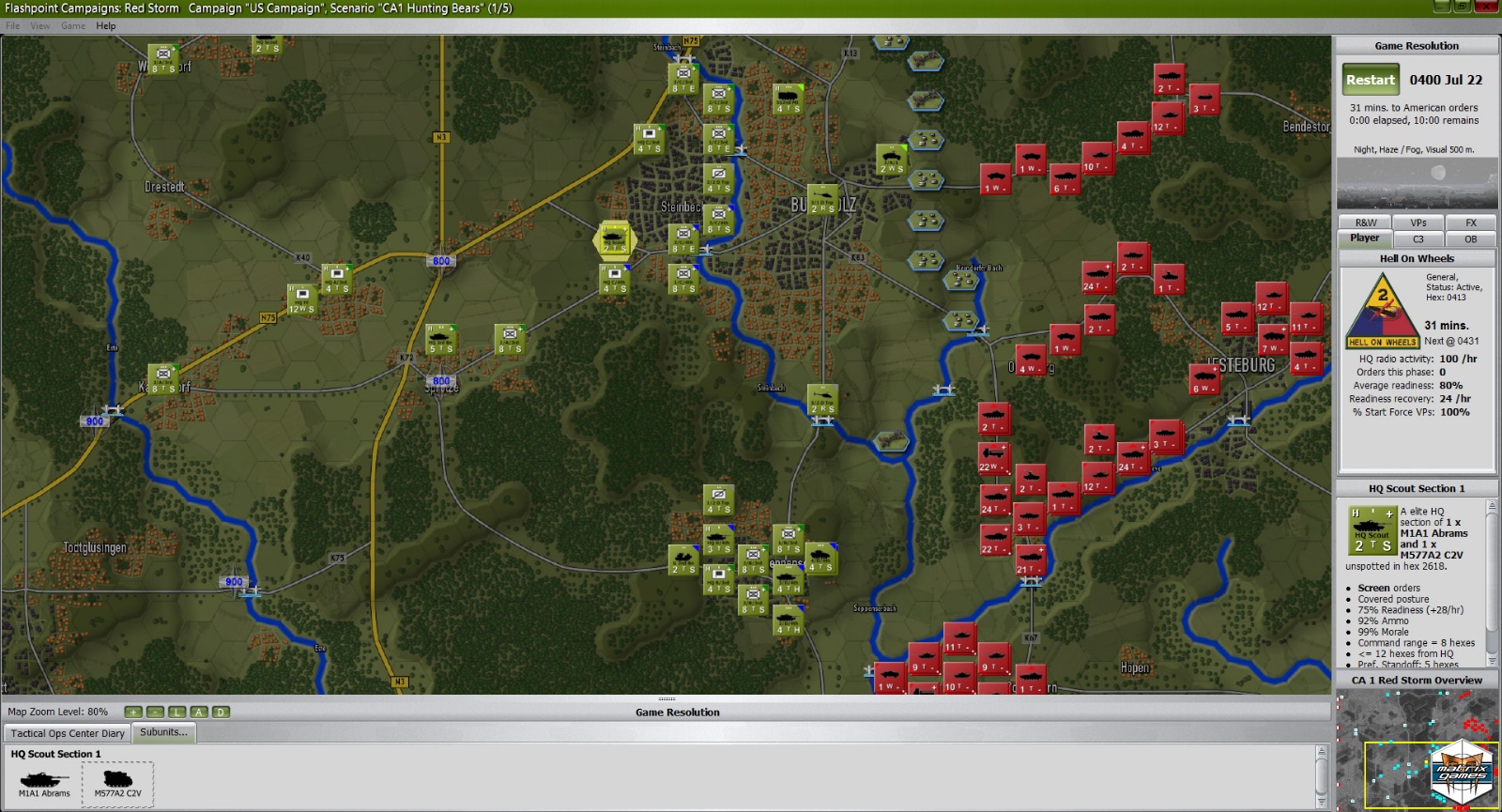 World War III has begun. From your battalion, regimental or brigade headquarters you will lead the men of the most powerful militaries on the globe at this time in this realistic and fast-paced wargame. 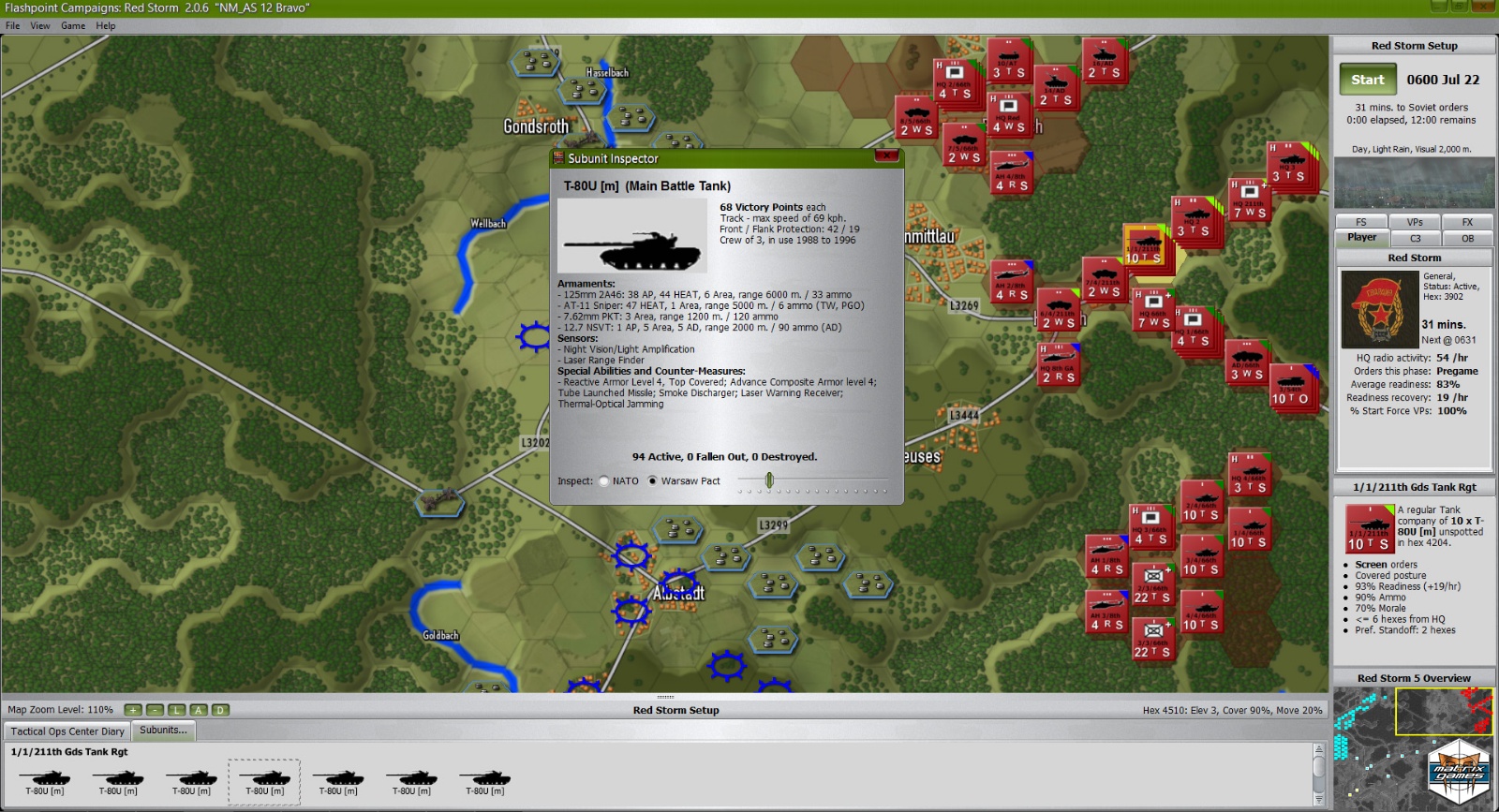 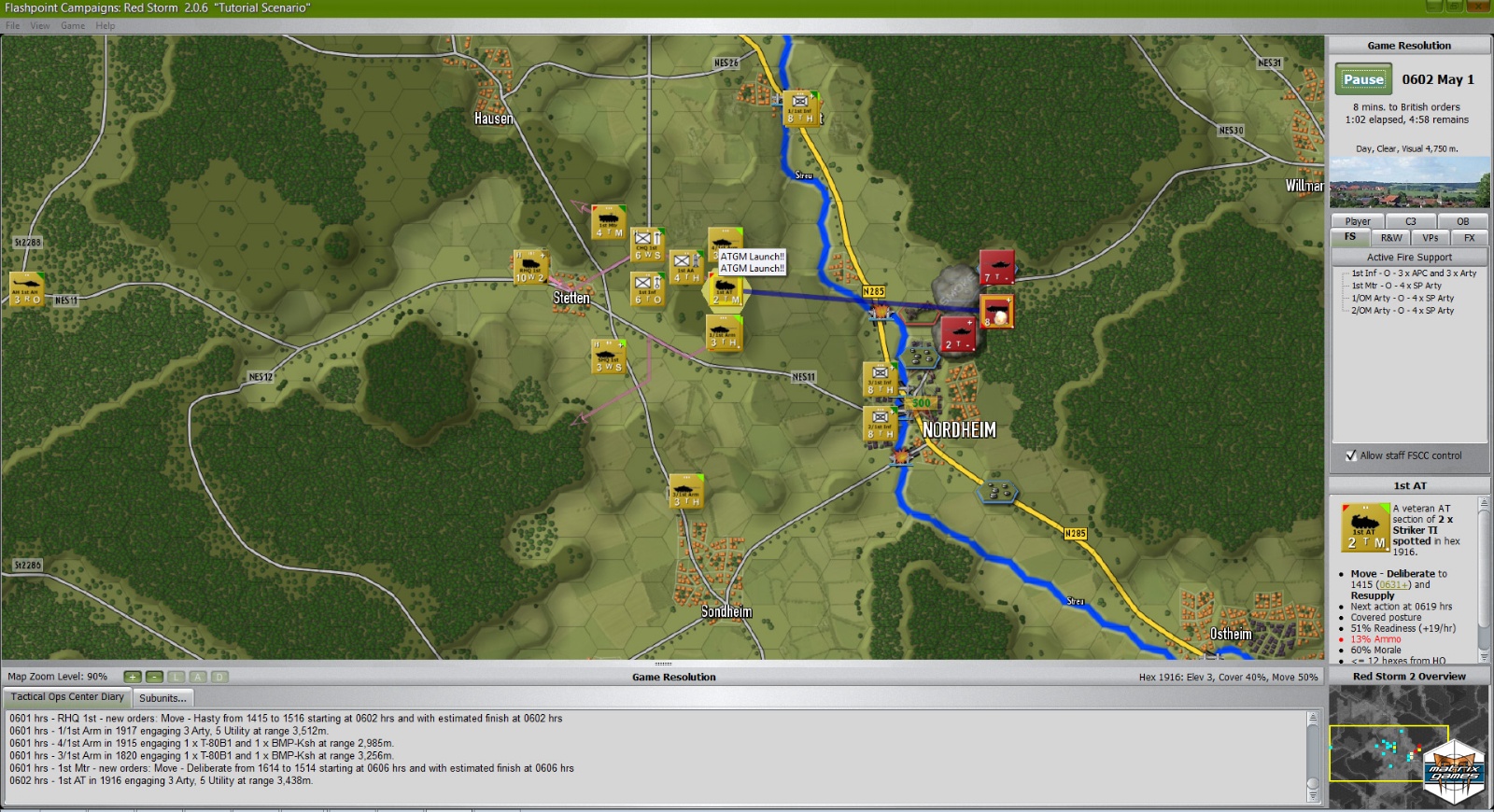 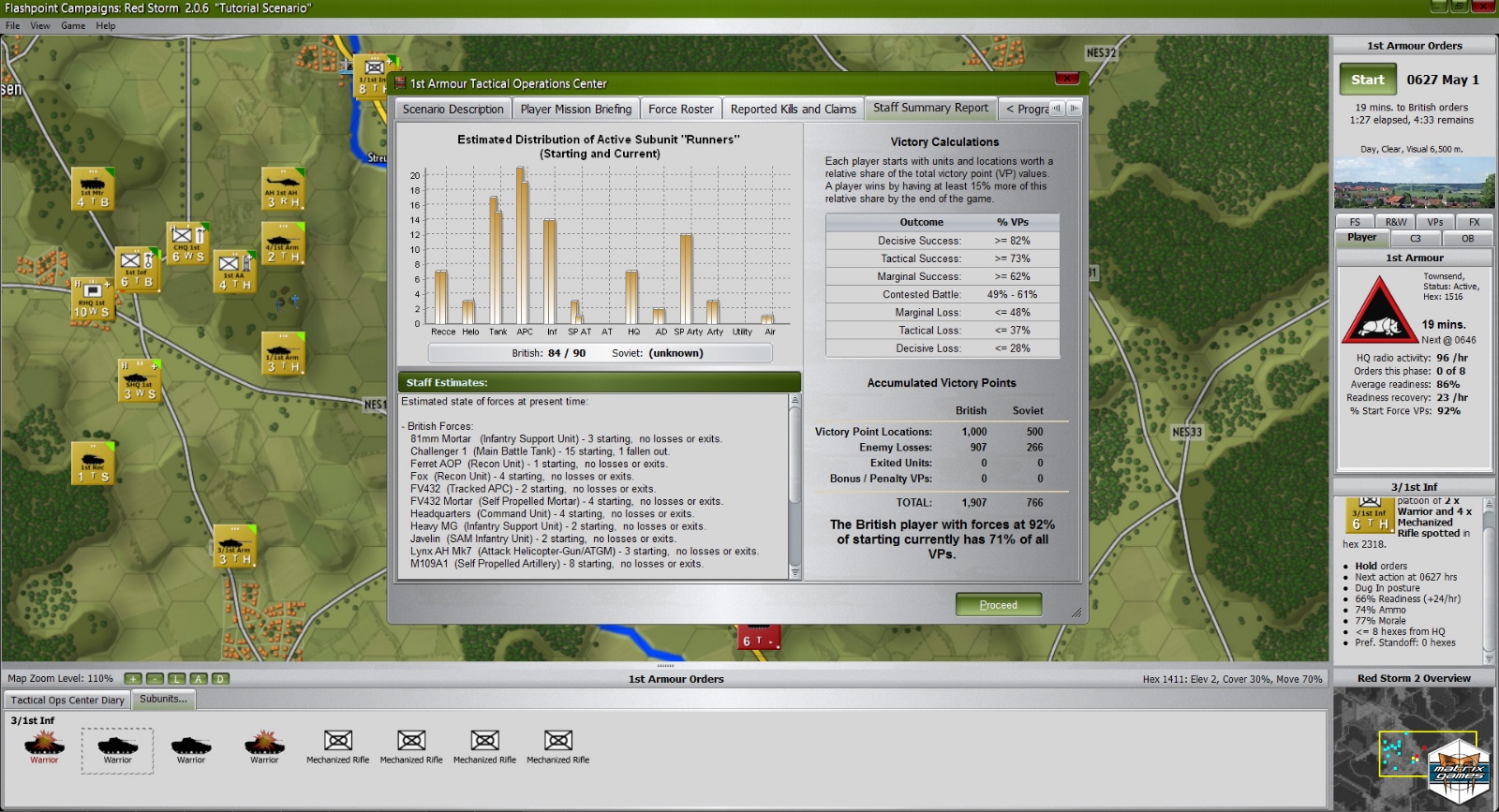 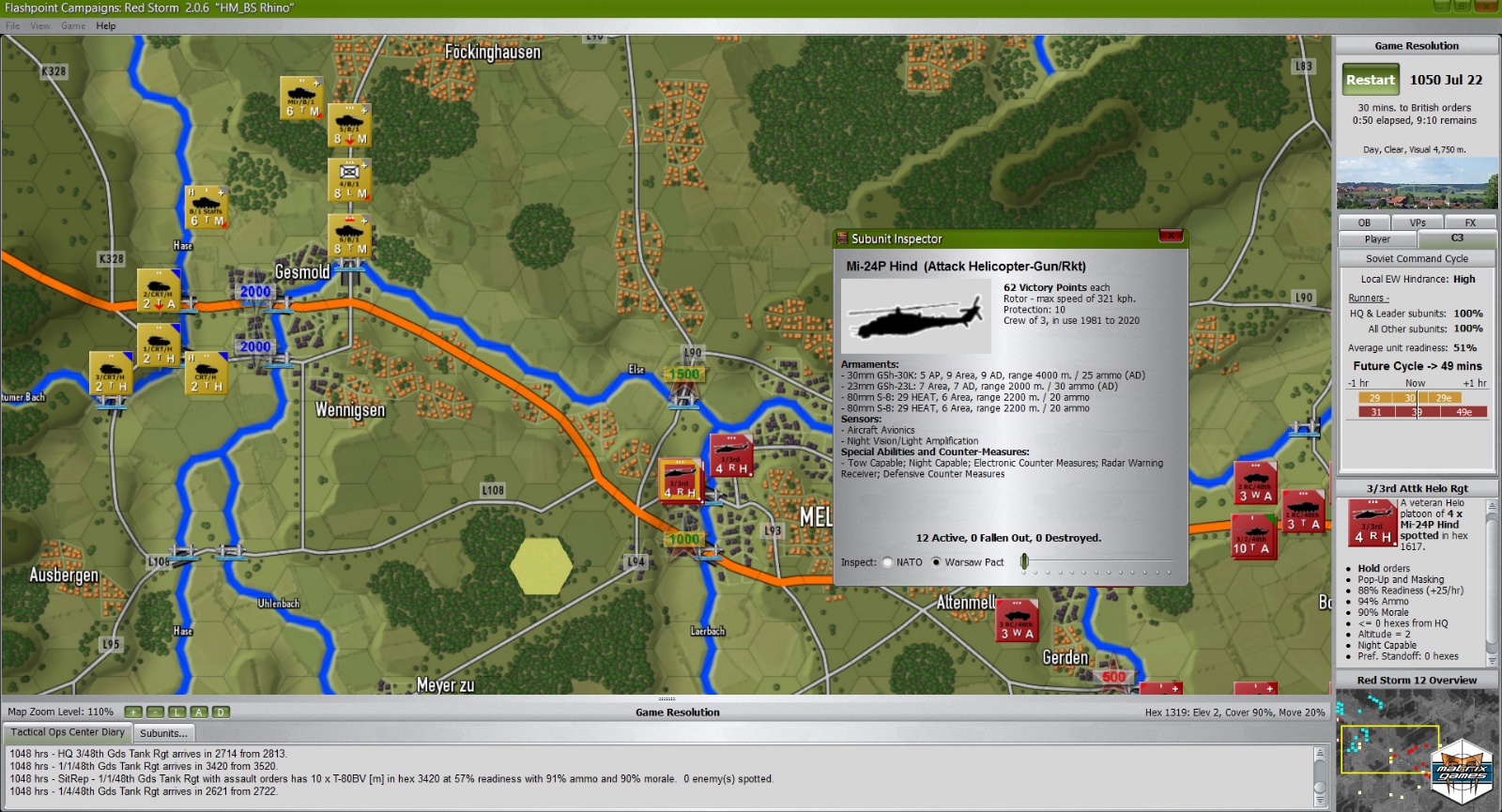 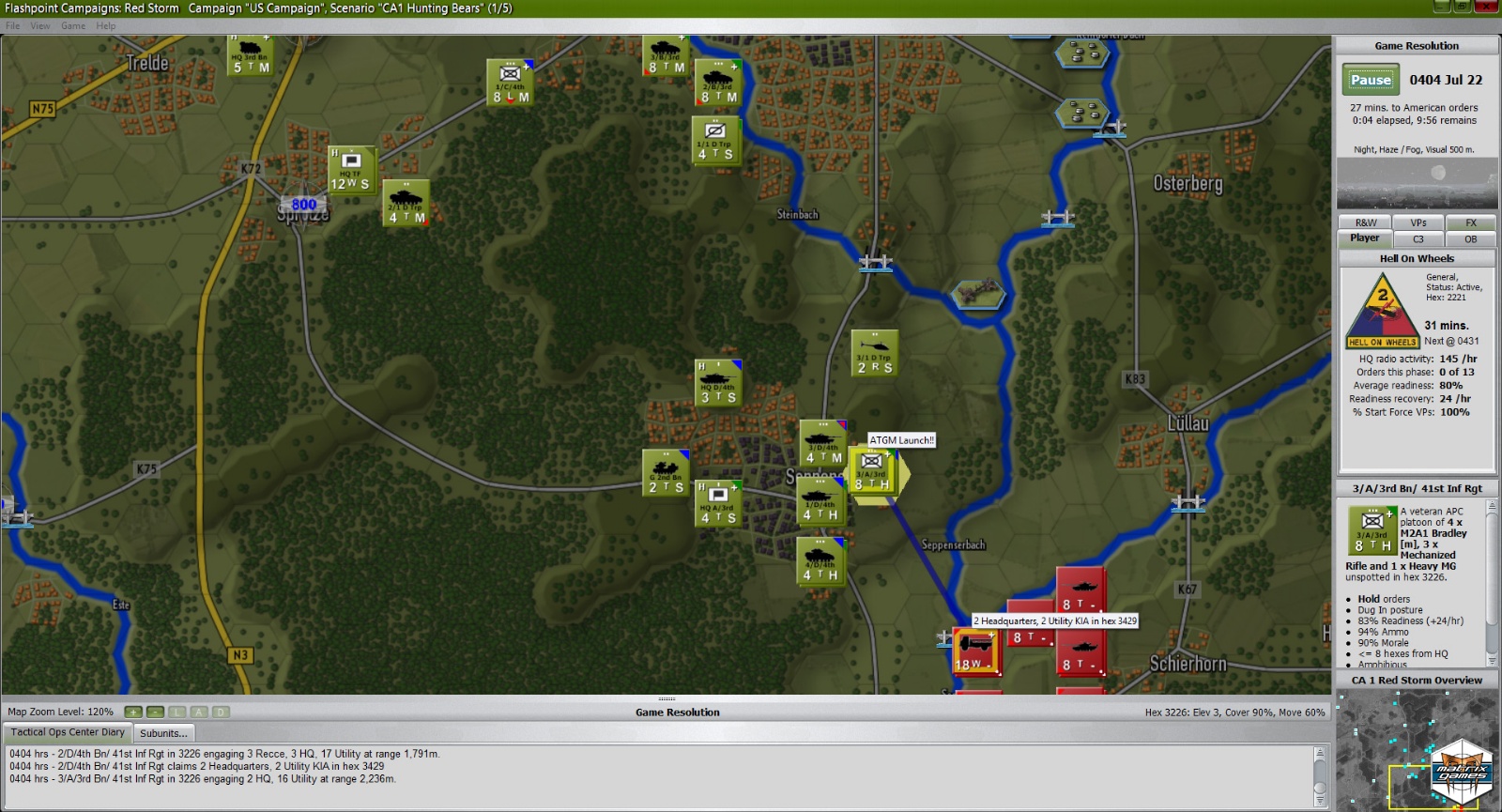 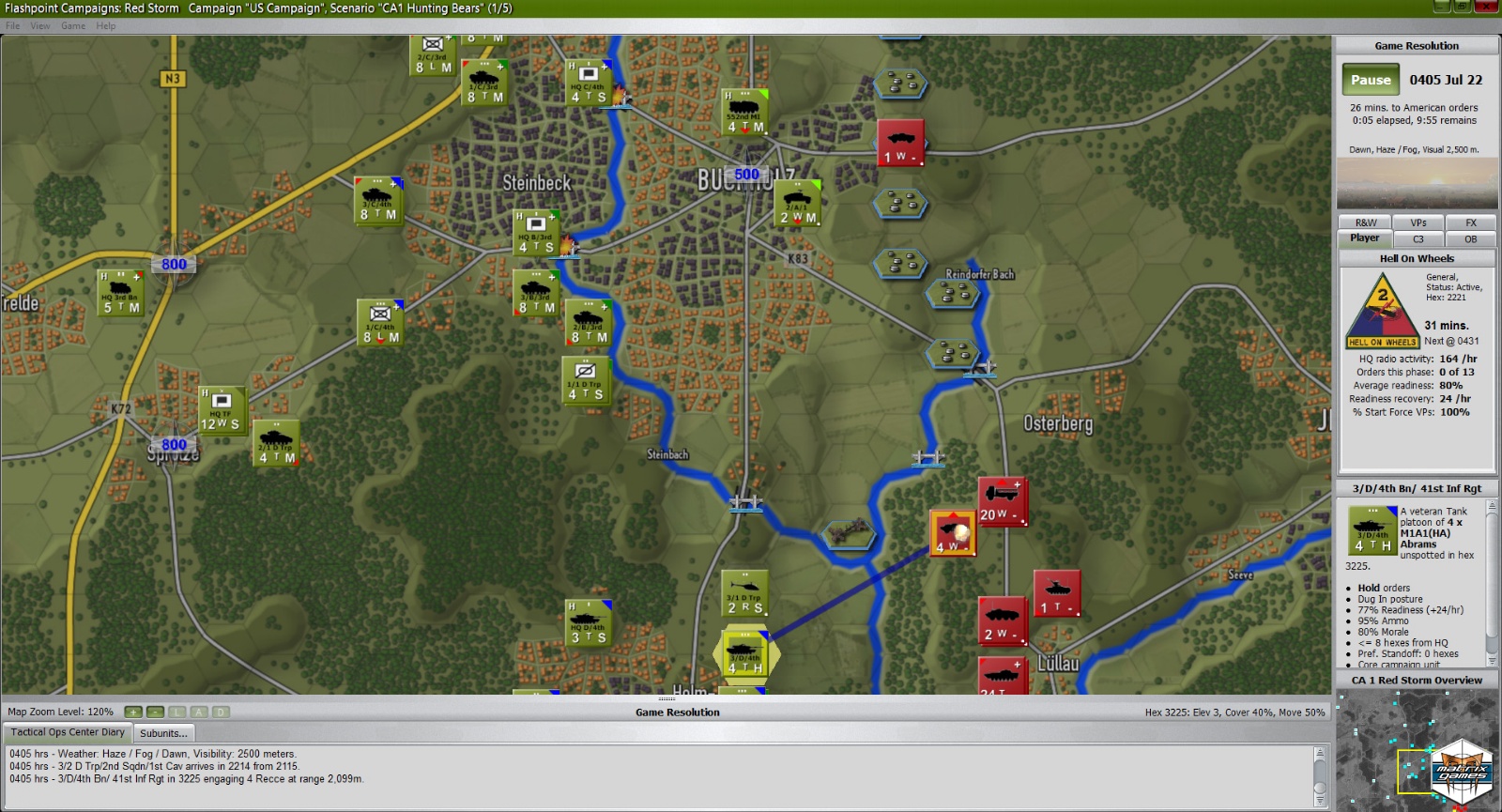 Sep. 05, 2017 - Hello everyone! We are happy to announce that tomorrow we are going to have a live stream on…

Sep. 04, 2017 - Hello everyone! Today we are going to highlight all the amazing work done by our team and…

Flashpoint Campaign Red Storm has been updated to version 2.0.12!

Apr. 18, 2017 - Flashpoint Campaign Red Storm has been updated to version 2.0.12 and this version brings decisive…

The Reds are coming! Flashpoint Campaigns: Red Storm is updated!

In Flashpoint Campaigns: Red Storm, World War Three has started, the Cold War has turned hot. Do you have what it takes to achieve victory on the battlefield or will the world end with all out nuclear war? This update to the turn-based tactical game Flashpoint Capaigns: Red Storm is being rebranded as the “Player’s Edition” as a big thank you to all players that made this game what it is now through feature suggestions, bug reports, and feedback from hours and hours of play.

After the end of World War II, Europe spent years recovering from the losses and the terrible consequences of the conflict. A whole continent found itself divided into two blocs: one lead by the United States with NATO among its allies in the Western bloc, and in the Eastern bloc lead by the Soviet Union along with the Warsaw Pact.  Separating the two, an “Iron Curtain” formed of high walls and minefields as well as hundreds of thousands of well armed troops. This was the Cold War, a forty year state of political and military tension between two superpowers that several times came close to starting World War III.  While the world survived the Cold War, the effects of the “long twilight struggle” still echo in the geopolitics and military technology and tactics of the present day.

You are the commander of either NATO or Soviet forces locked in battle on the ground in 1980’s Central Europe. As commander, it is your task to provide the battle plan orders to your units. You need to know your mission objectives, strength and weakness of both your forces and you enemy, lay of the land, weather, and time of day in order to come out on the winning end. Your crews will do their best to follow your orders and execute the plan, but in war, no plan survives first contact. You will need to think on the fly and adjust to the ever changing flow of battle.

This update to the game is being rebranded as the “Player’s Edition” as a big thank you to all players that made this game what it is now through feature suggestions, bug reports, and feedback from hours and hours of play. Our team is overwhelmed by the reception of the game and by the dedicated players we see on the forums. This update includes visual improvements, expanded multiplayer options as well as a better interface and combat logic, all based on your feedback!

- Clarified Fallen Out versus Destroyed Subunit

- Many Label Changes for Better Information

- Added new scenario playable from either side or head to head

Includes 20+ Scenarios featuring the three NATO forces versus the Soviets

Variable length turns based on current Command, Control and Communication state (C3) of forces. Unit losses and the level of electronic warfare impact you and your enemys C3 state

A new and refined combat engine taking into account many factors with weather, sensors, terrain, and troop capability factored in

Detailed information before, during and after a scenario to keep you informed and aware of the state of your forces

Built-in editors for Map Parameters, Scenario Creation/Editing, and Campaign Creation/Editing. The game was built around having a very large 3rd party following to supplement our planned expansions to the game

Recon units are given a more important role with the new game engine. They can see further than normal units and are harder to spot by other units. This makes having eyes on the enemy important and blinding the enemy a top priority

Dynamic Weather affects weapons and sensors during the battle. Rain and wind degrade thermal systems. Some aircraft and helicopters can’t fly in bad weather or the dark

Active FOW system. The fog of war (FOW) will require units to see and identify the enemy. Sometimes they report back incorrect or incomplete intel

Artillery Systems can fire a plethora of ammo types including HE, Smoke, Mines, and ICM (to name a few)

NBC warfare is also on the table with strategic platforms like surface to surface missiles with nuclear or chemical warheads. They pack a punch, but using them comes with a cost 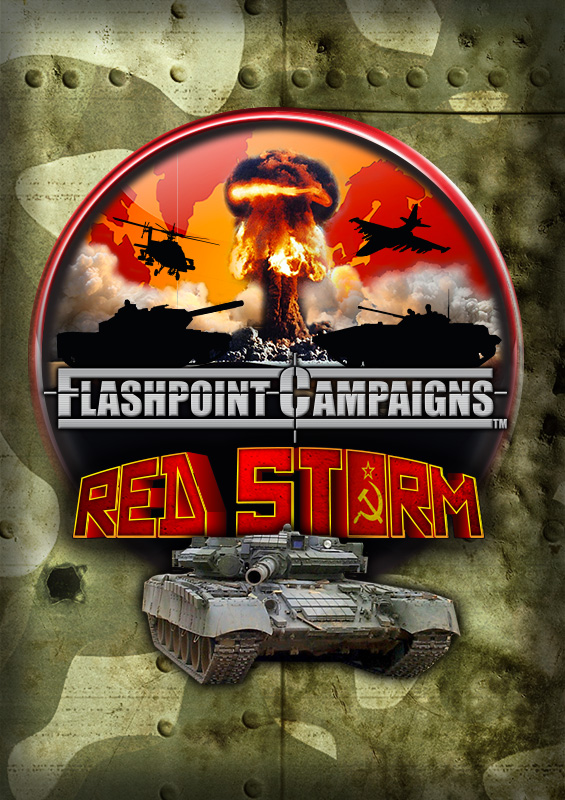