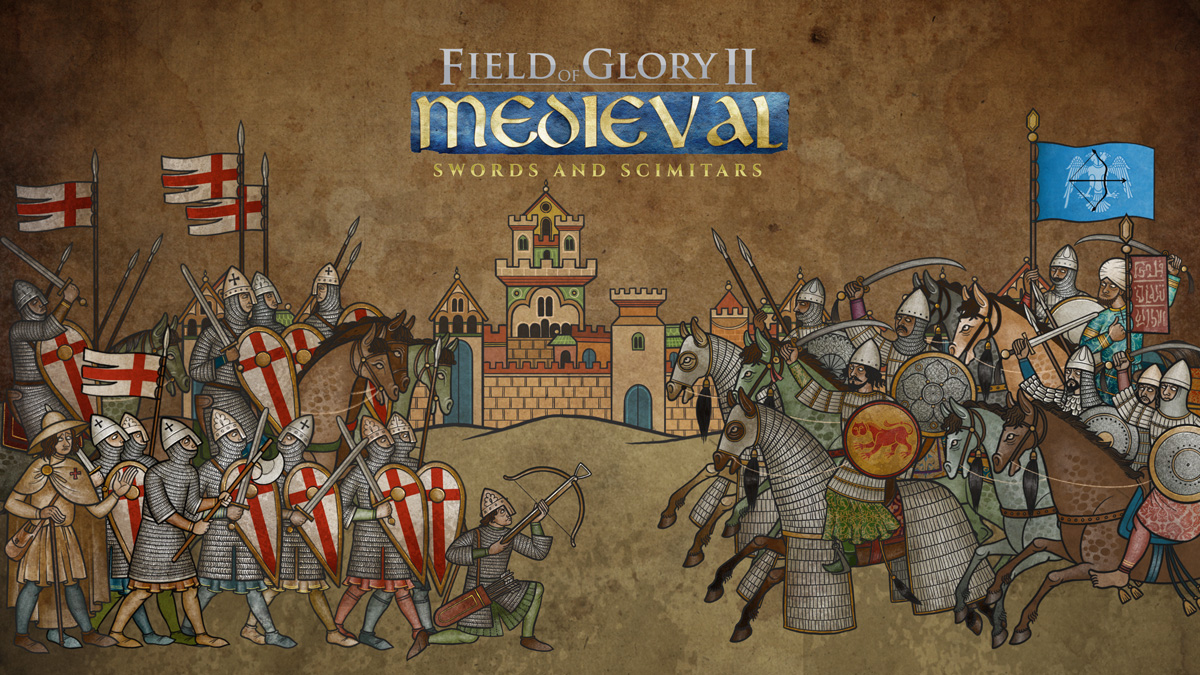 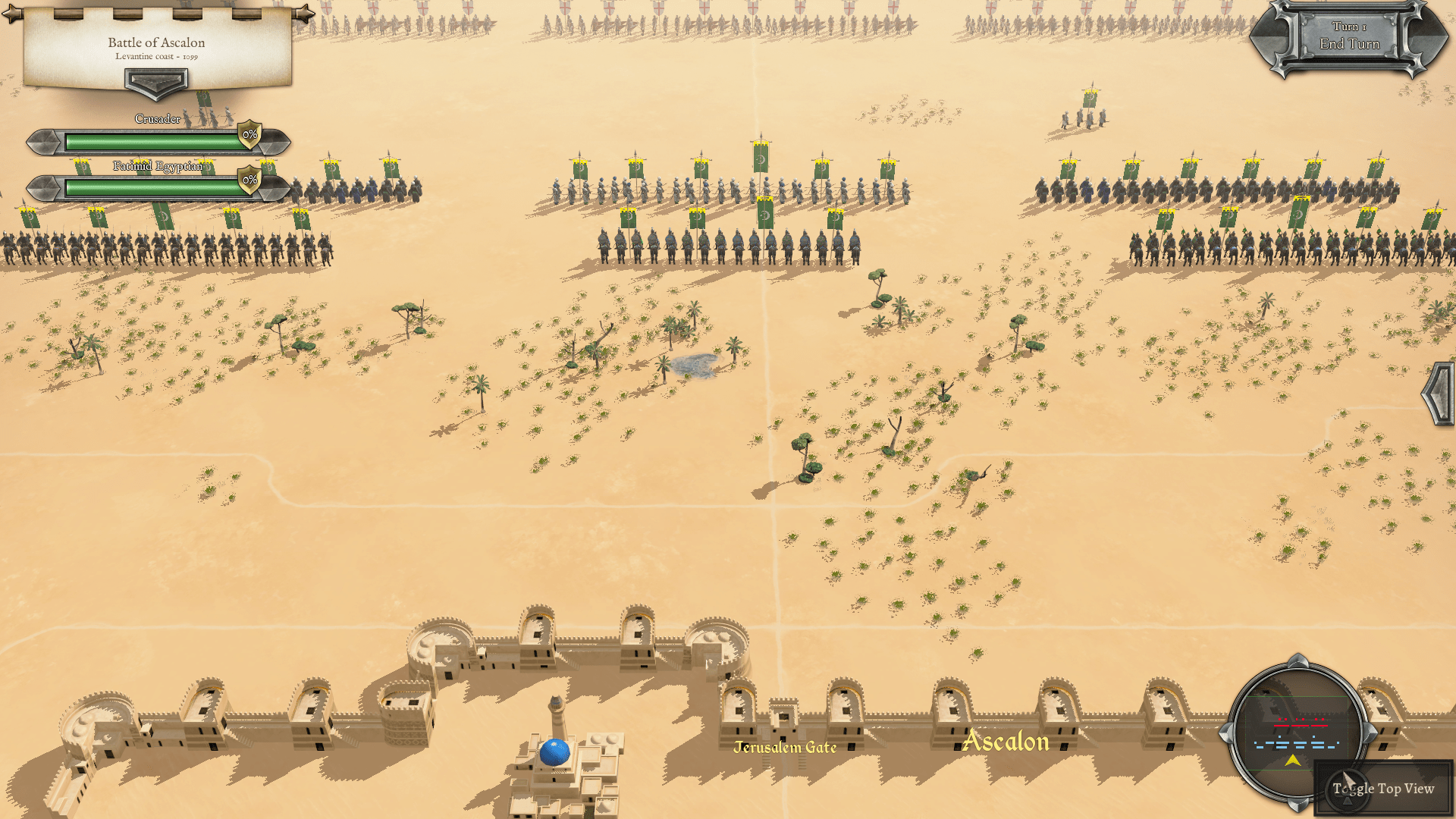 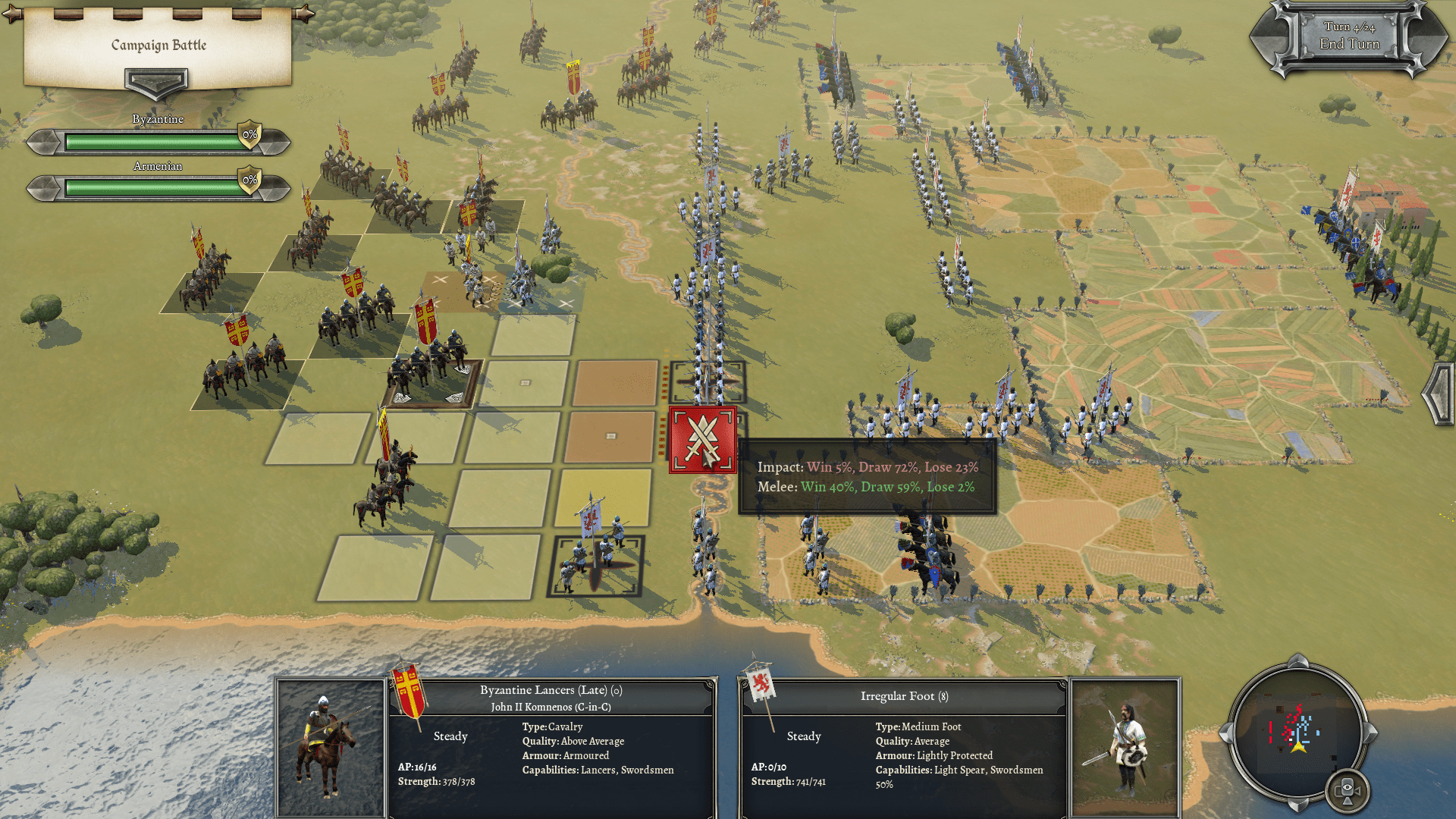 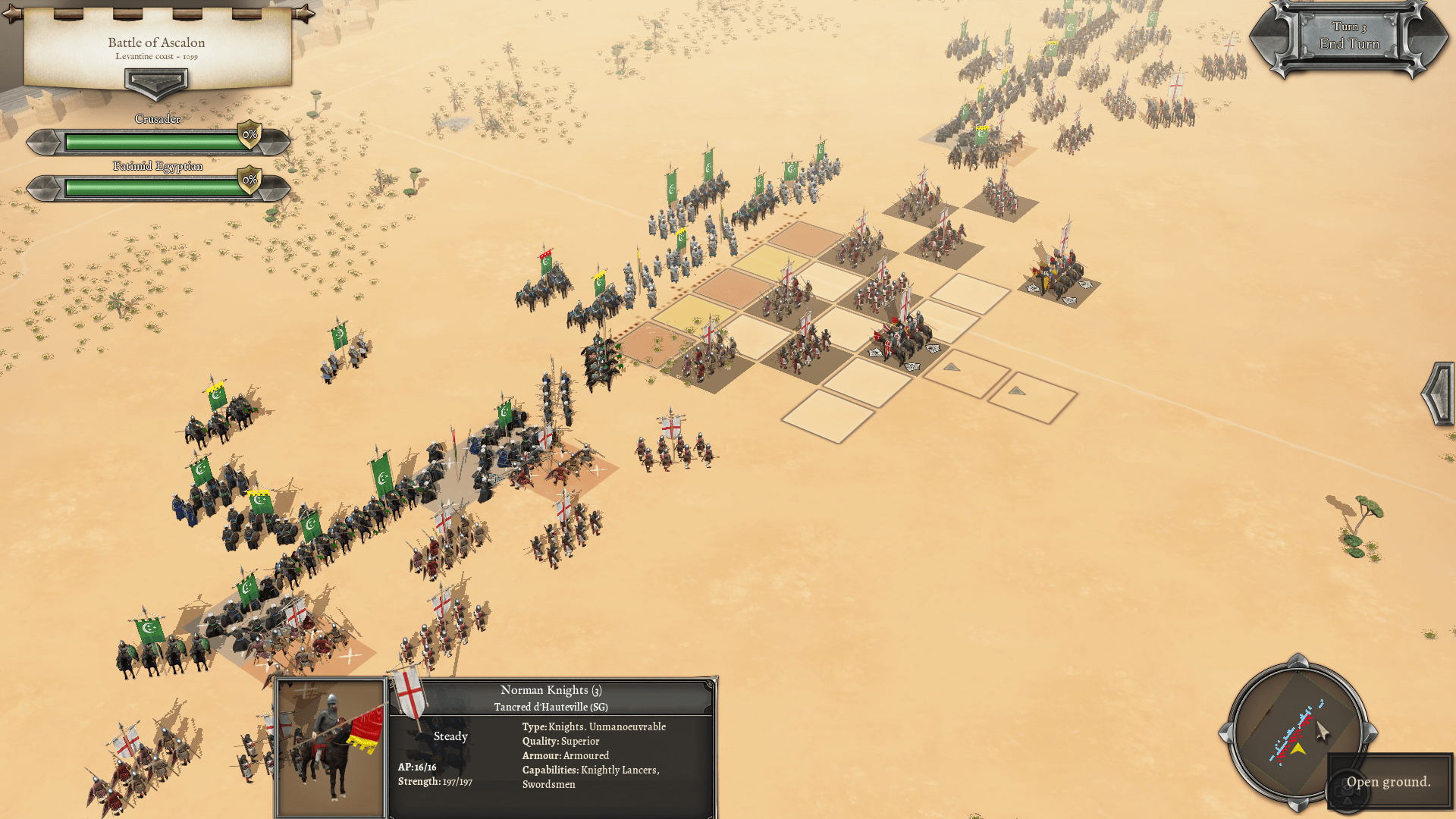 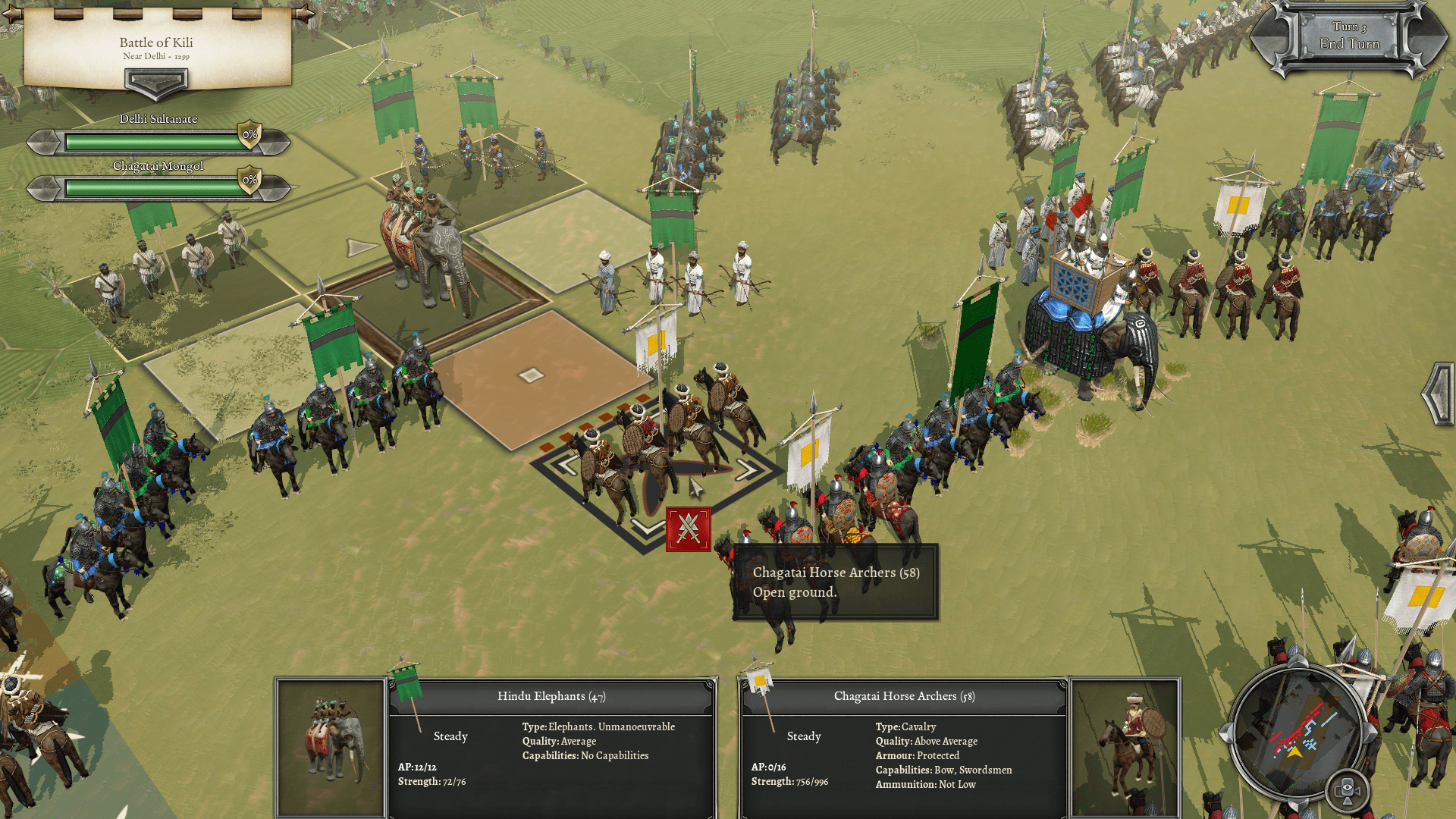 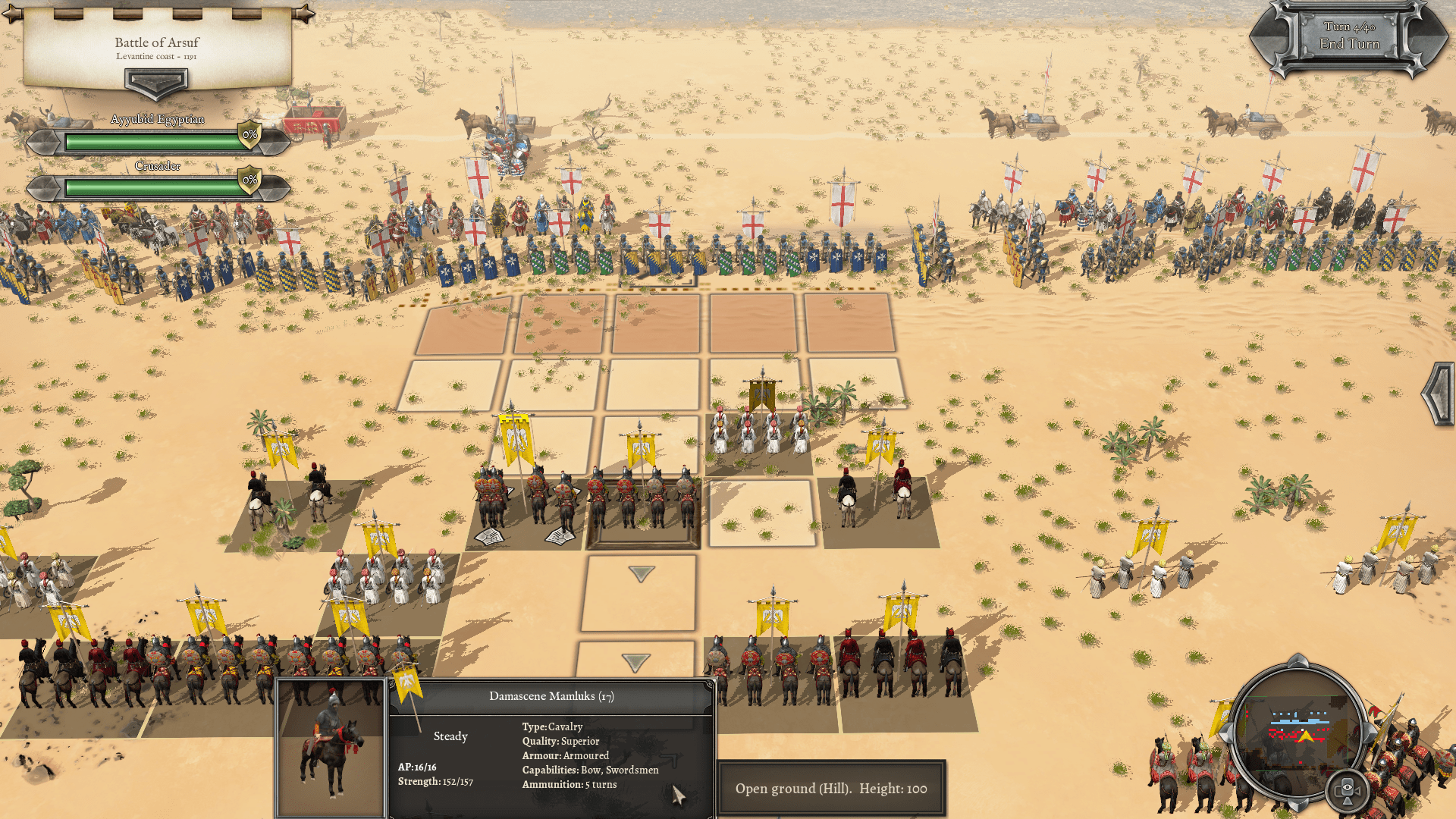 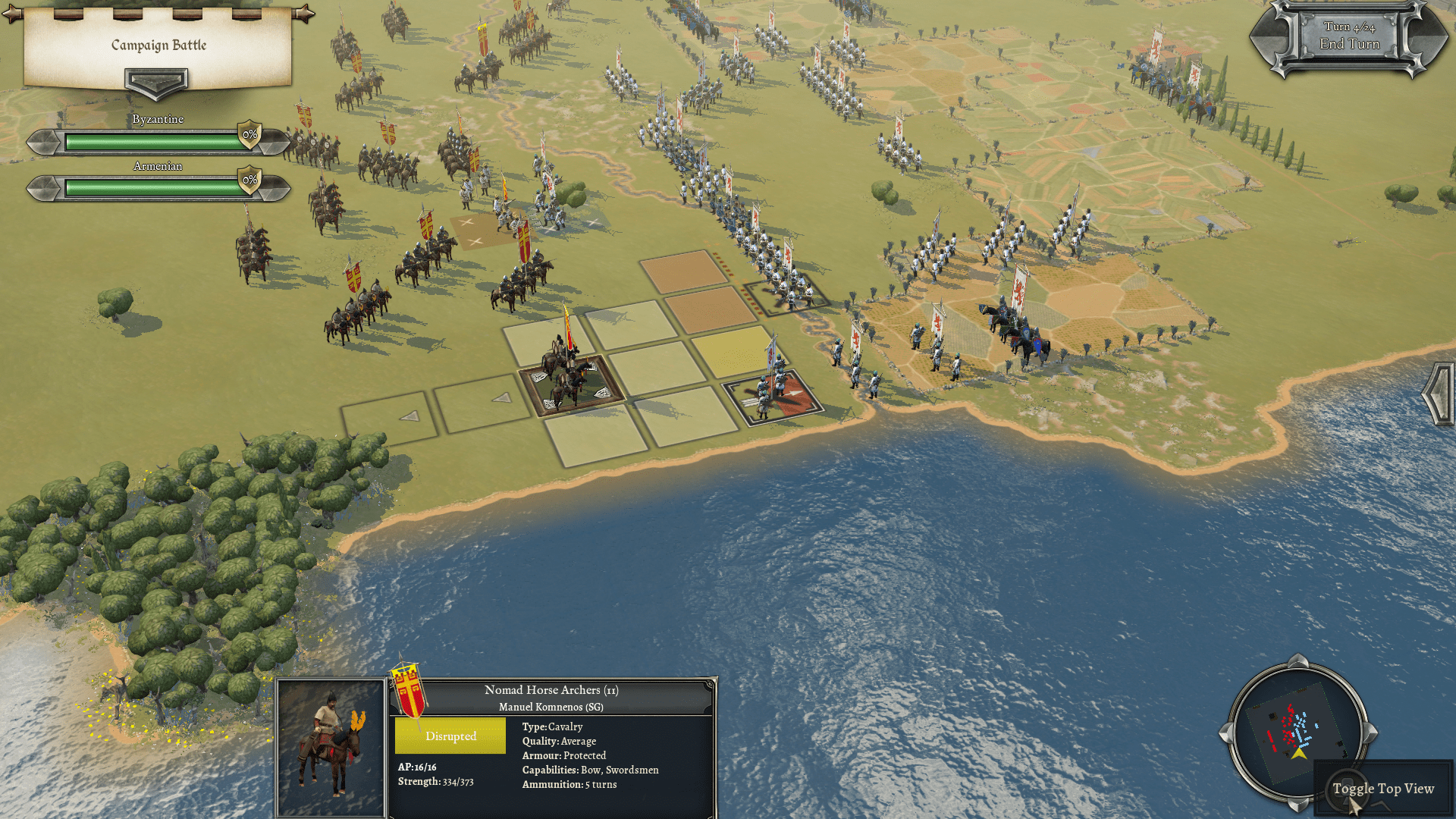 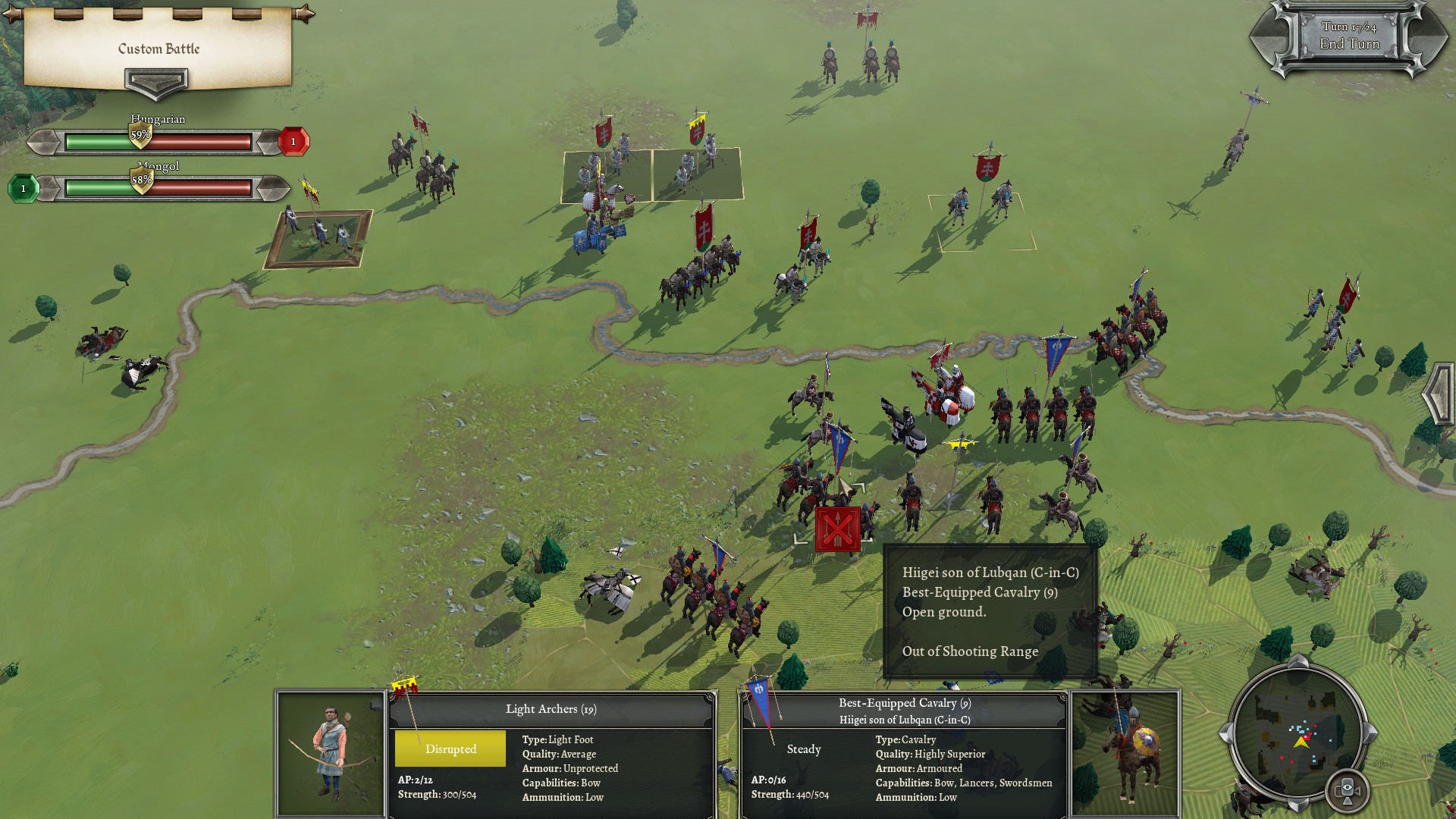 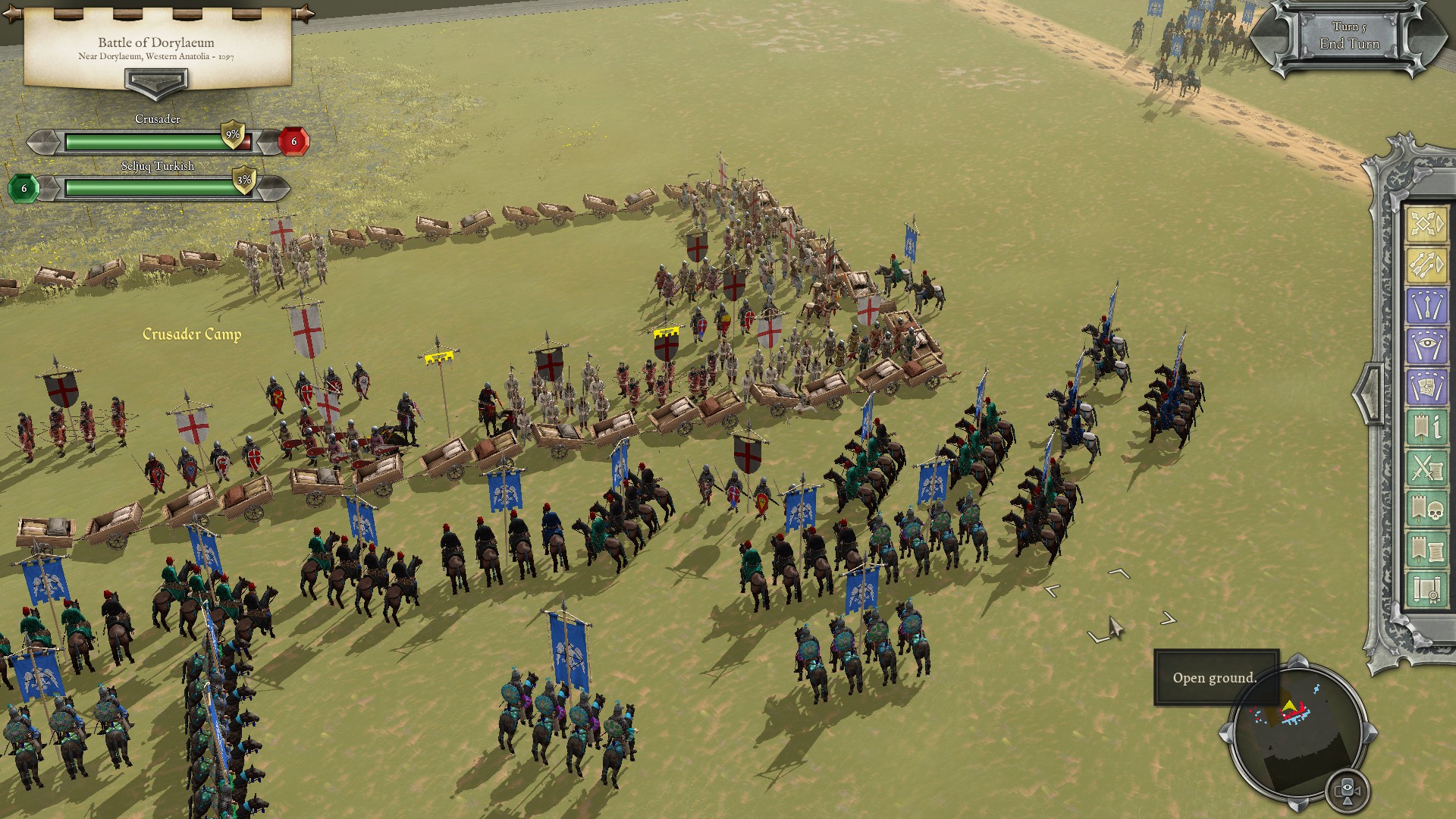 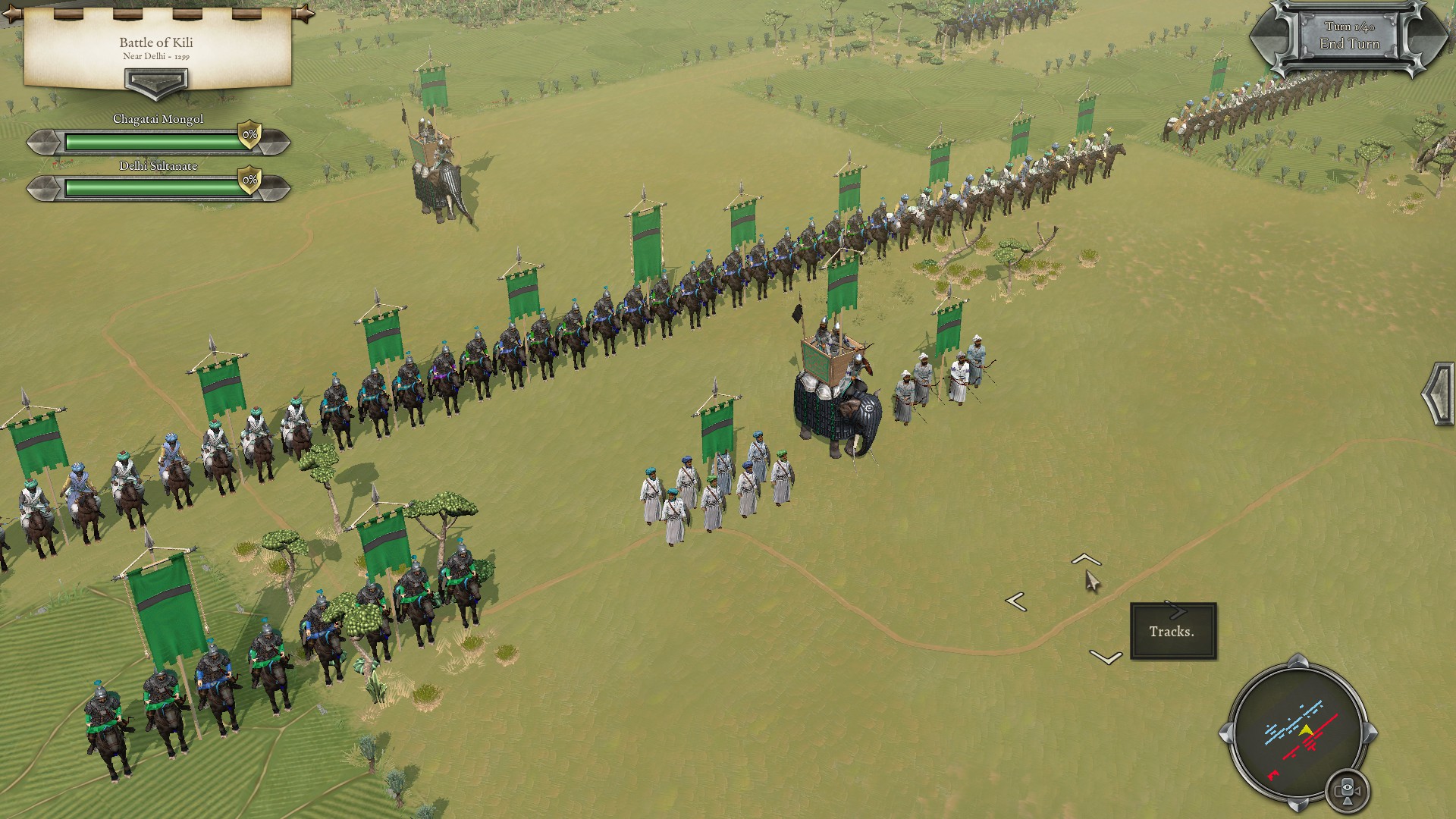 The Byzantine Empire began the 11th century in a strong position - they had pushed their frontier eastwards against the fragmented Muslim emirates, and had completely destroyed the Bulgars in the Balkans. All that was to change in 1071, when they suffered a catastrophic defeat at the hands of the Seljuq Turks at the Battle of Manzikert. These nomadic conquerors had recently converted to Islam, and had swiftly established a Sultanate ruling from Afghanistan to Palestine. Following Manzikert they took nearly all of Anatolia from the Byzantines.

As the Byzantine Emperor Alexios Komnenos struggled to stem the Seljuq advances, he appealed to the West for mercenaries. This request was seized upon by Pope Urban II, who possibly saw it as an opportunity to further his own aims. At the Council of Clermont in 1095 he called for a Crusade to save the eastern churches and recover the Holy Land from the Muslims.

The timing was fortuitously right, as the mighty Seljuq Empire had begun to fragment, the Sultanate of Rûm in Anatolia (modern Asiatic Turkey) having seceded from the Great Seljuk Empire in 1077, and the local Syrian atabegs being in practice semi-independent and disunited. The First Crusade eventually captured Jerusalem in 1099, and established a number of Crusader states in Palestine and Syria. In doing so they created bitter resentment between Muslims, Western Christians and the Byzantines that would lead to two centuries of conflict.

Several major Crusades were to follow the First, as the Crusader states fought for their existence against a succession of resurgent Islamic states: the Fatimids, Zangids, Ayyubids, and finally the Mamluks, who extinguished the last Crusader stronghold of Acre in 1291.

Meanwhile, further East, a far greater threat to Islamic civilisation was emerging. The rapidly expanding Mongols had destroyed the Khwarazmian Shahdom by 1231, the Christian kingdom of Georgia fell in 1239, and the Seljuqs were defeated and forced into vassaldom in 1243. By 1258 the Assassins of Alamut, and the vestigial remains of the once great Abbasid Caliphate, had also been conquered. Only the Mamluks of Egypt were able to finally bring the Mongol advance to an end, with their victory at Ain Jalut in 1260.

In the Balkans the Byzantine Empire remained strong until 1204, when Constantinople fell to the Fourth Crusade. Thereafter much of the old empire was taken over by the Western Crusaders and the Venetians, who had masterminded the whole sordid enterprise. The Byzantines held out in four fragments: the Empires of Trebizond and Nicaea, and the Despotates of Rhodes and Epirus. Eventually the Empire of Nicaea retook Constantinople in 1261, but the power of the Byzantines had been broken forever and they were now only a minor state.

Field of Glory II Medieval is a turn-based tactical game set in the High Middle Ages and it is direct the sequel of the acclaimed Field of Glory: 2 developed by the legendary Richard Bodley Scott it brings the best from the tabletop world into the best digital framework.
-10% $60.71