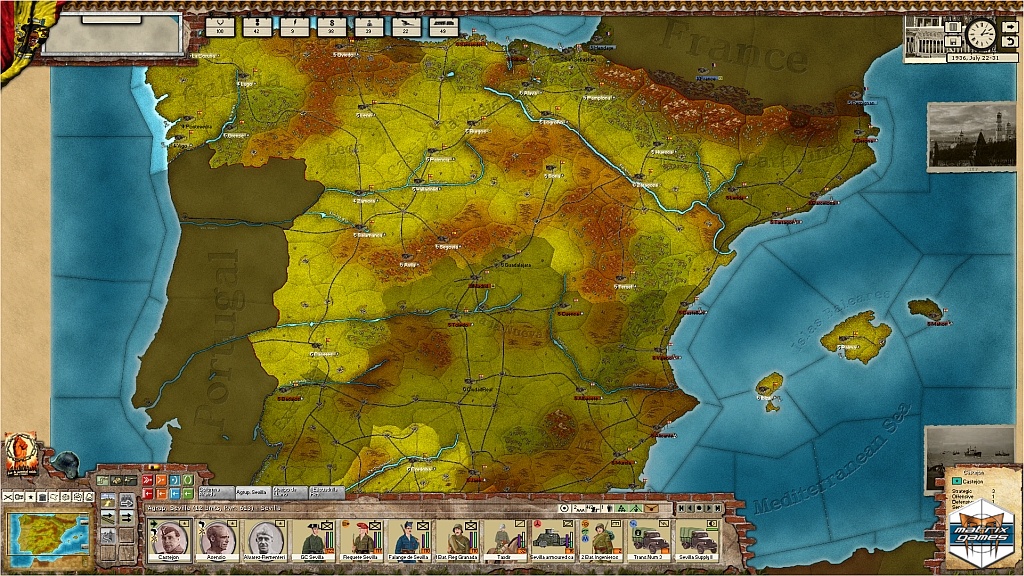 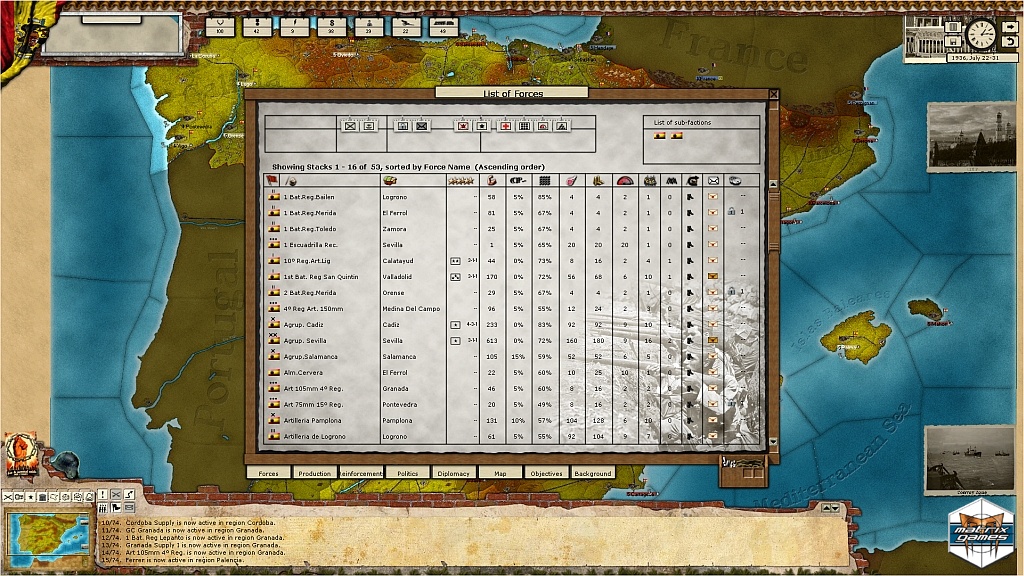 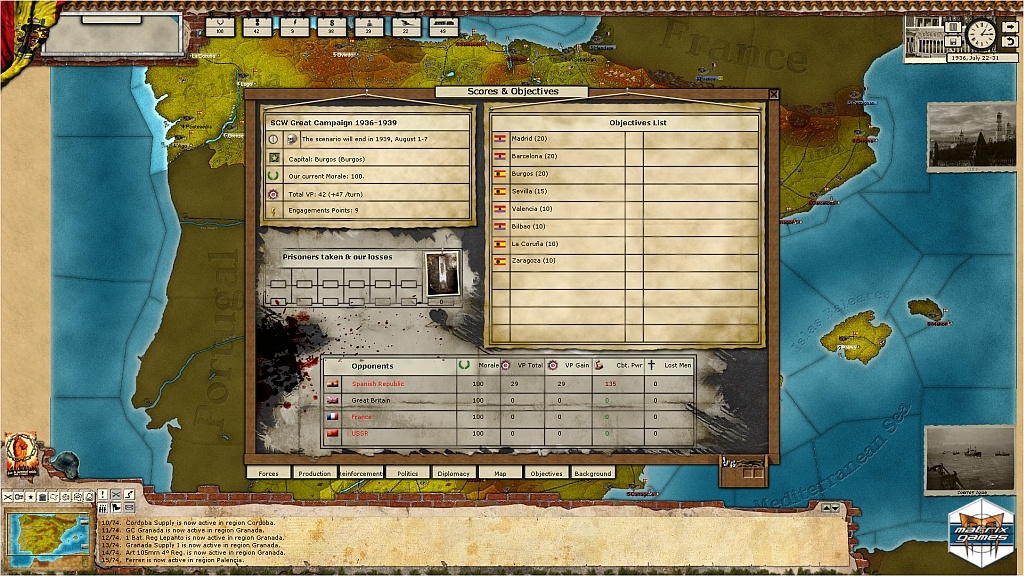 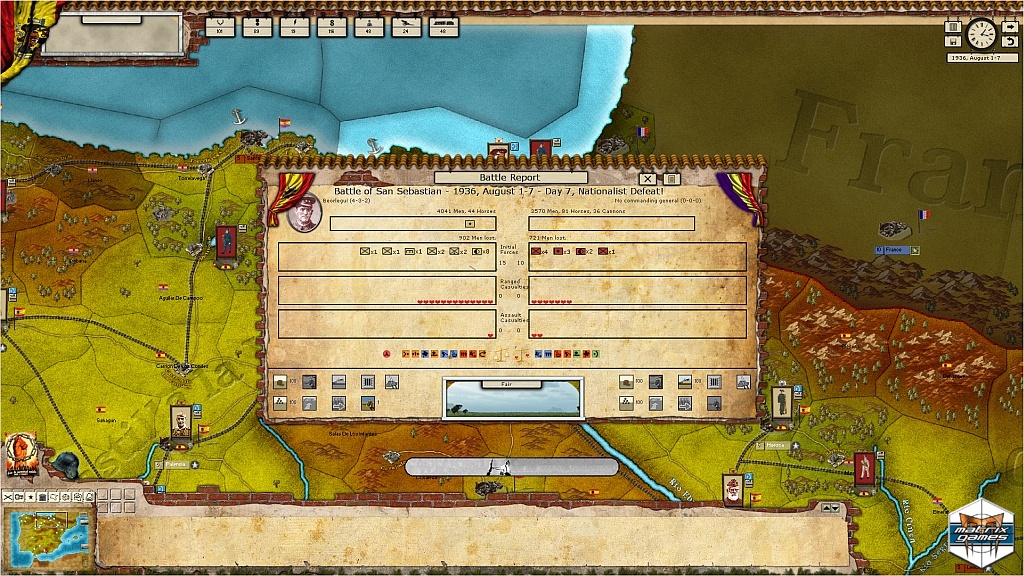 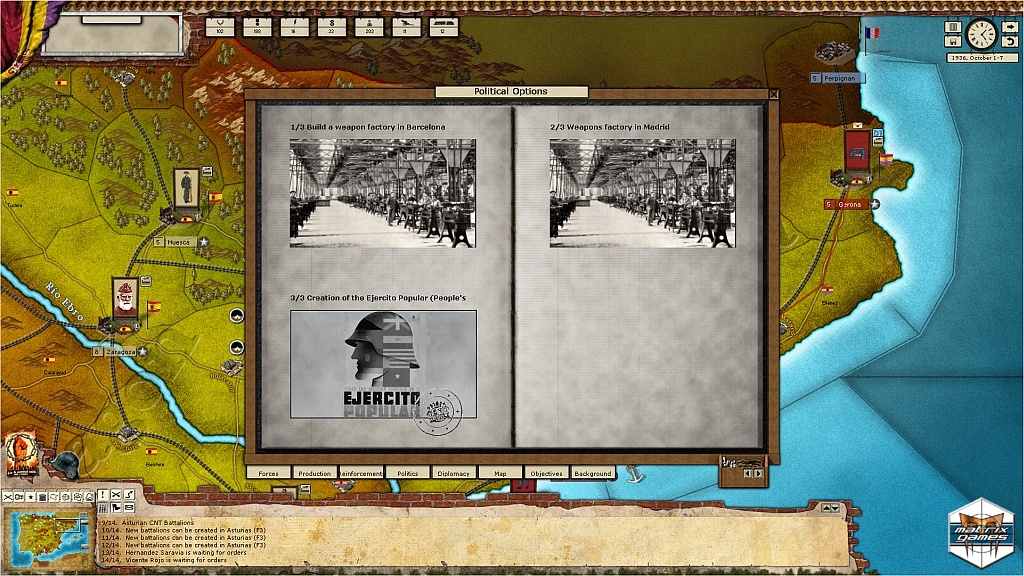 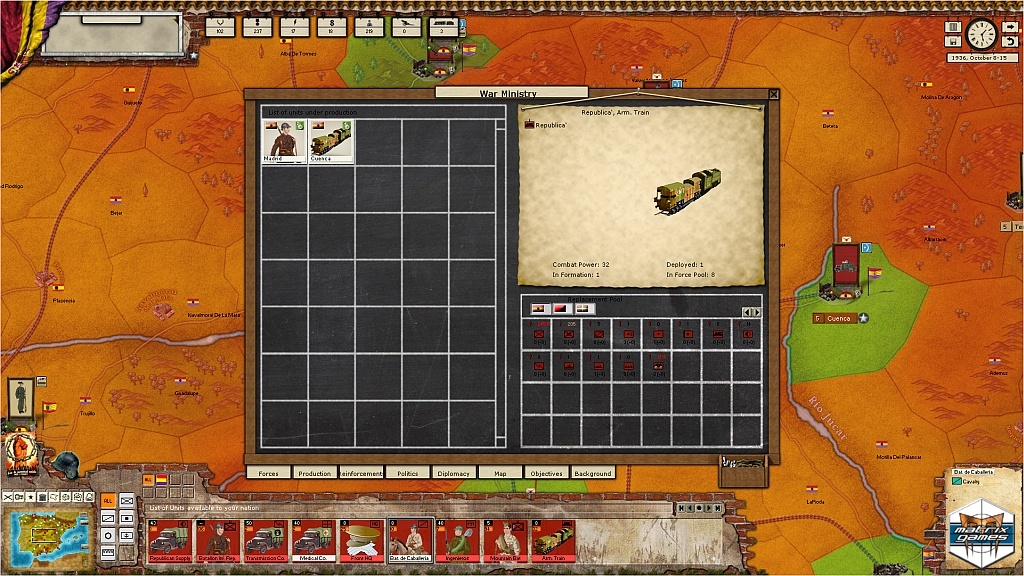 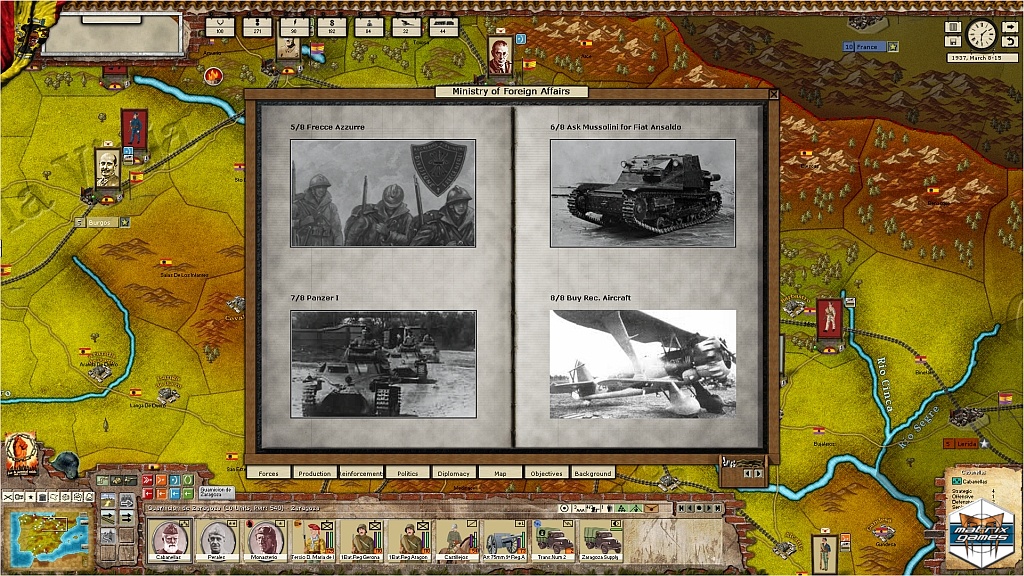 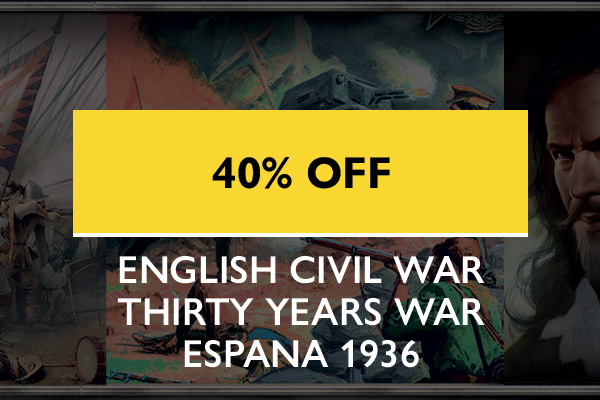 Jul. 13, 2016 - In order to commemorate the anniversary of the Spanish Civil War we are offering a 50% discount…

In España 1936, a turn-based strategy game from Ageod, you will experience the famous battles of Jarama, Guadalajara and Ebro, commanding the International Brigades or the Army of Africa. Can you conquer Madrid and force the Republic to surrender or will you lead the Anarchist forces of Durruti to victory?

It is the 18th of July 1936. The Spanish army has risen in arms against the democratically elected government. Elements of the army together with militias will defend the Republic from this military coup. Outside influences are also at play and the Axis powers will help the Nationalist Rebels, while the USSR will assist the Republicans. A civil war has begun. Two factions vie for power. Only one will survive.

The game covers a period rarely seen in computer games and has rich historical detail and historical accuracy. It is the first computer strategy game covering the entire Spanish Civil War. You will face the real dilemmas and challenges of the Republicans or Nationalists during the conflict. Not only must you recruit and train troops, maneuver them and engage the enemy, but you must also manage your nation’s limited resources.

Using the powerful AGE engine, España: 1936 covers the complete Spanish Civil War from 1936 to 1939. The game features more than 200 regions, complete with cities, roads, weapons factories, weather types, factions and subfactions of the time of the war. The game includes a grand campaign plus the Fall of the North, a host of historical leaders, units and events. España: 1936 is a must-have for any grand strategy fan.

Scenarios: 3 tutorials, 1 Fall of the North scenario and a Grand Campaign featuring the whole war

Quick and simple system of Construction of Units, allowing players to choose and purchase their forces

Regional Decisions which allow special case events to be accurately represented in the game such as partisans attacks, which used wisely can change the flow of a campaign

Game map showing the Spanish mainland and neighboring lands, with over 300 different regions and seas, a lot of room for maneuver

Over 200 historical leaders with specific pictures

90 historical units including the Legion, Anarchists, Regulares, Militias and more 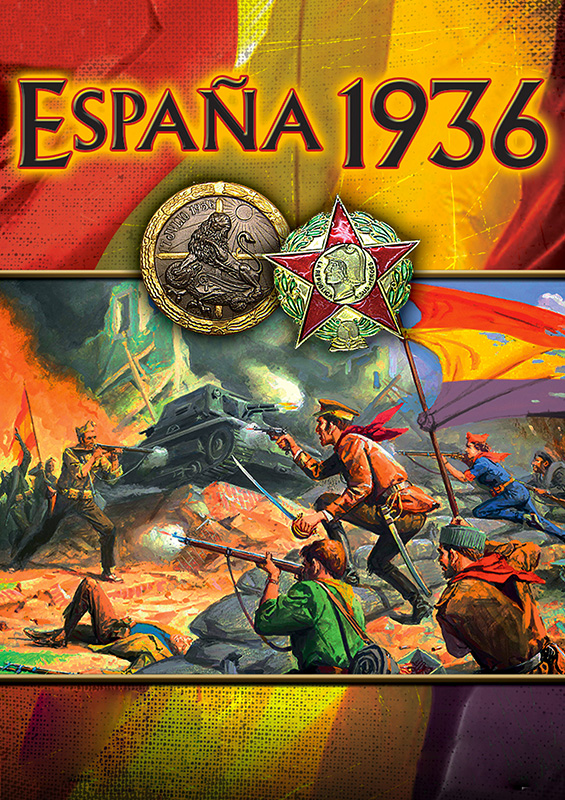