Empires in Arms is the official licensed computer version of Australian Design Group's classic board game. Empires in Arms is a seven player game of grand strategy during the Napoleonic period of 1805-1815. Playable either solitaire against the AI or by e-mail. 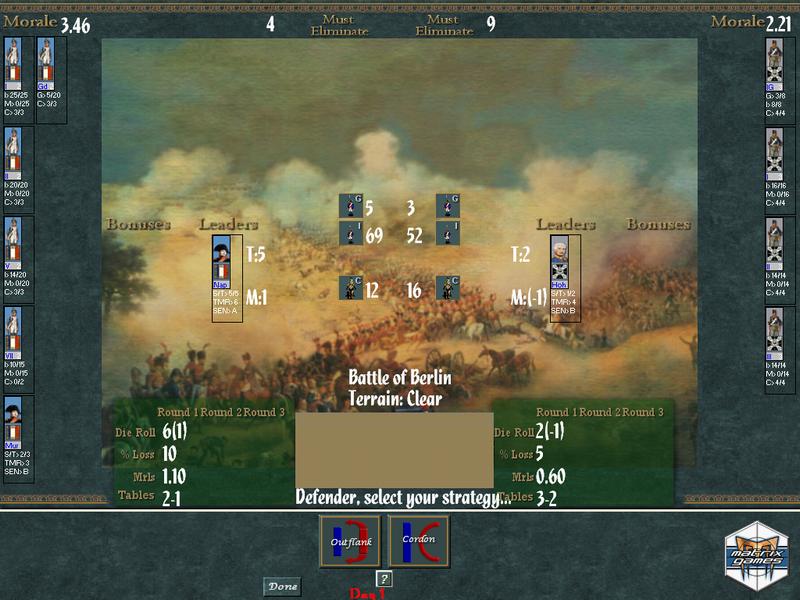 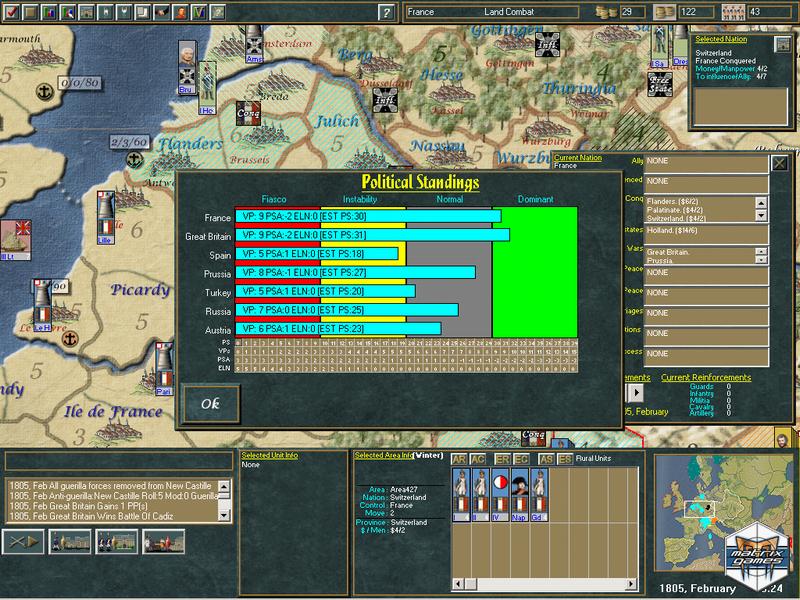 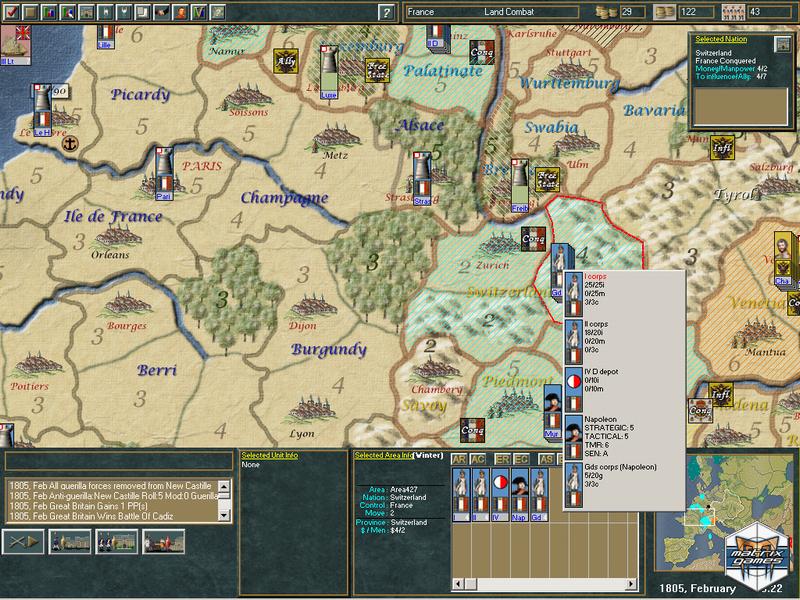 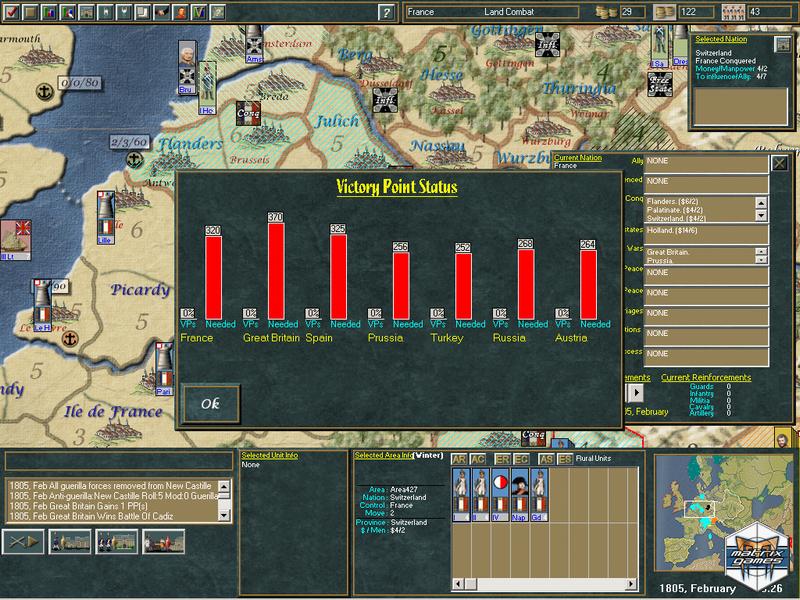 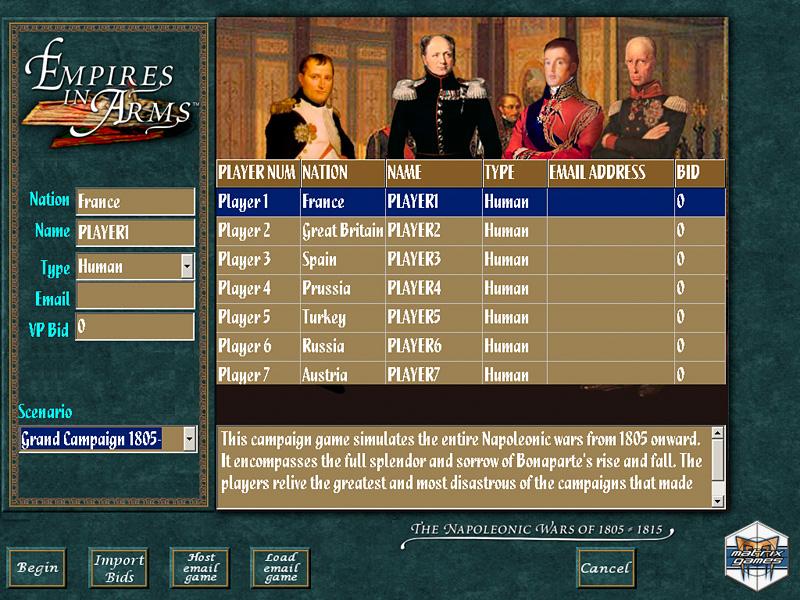 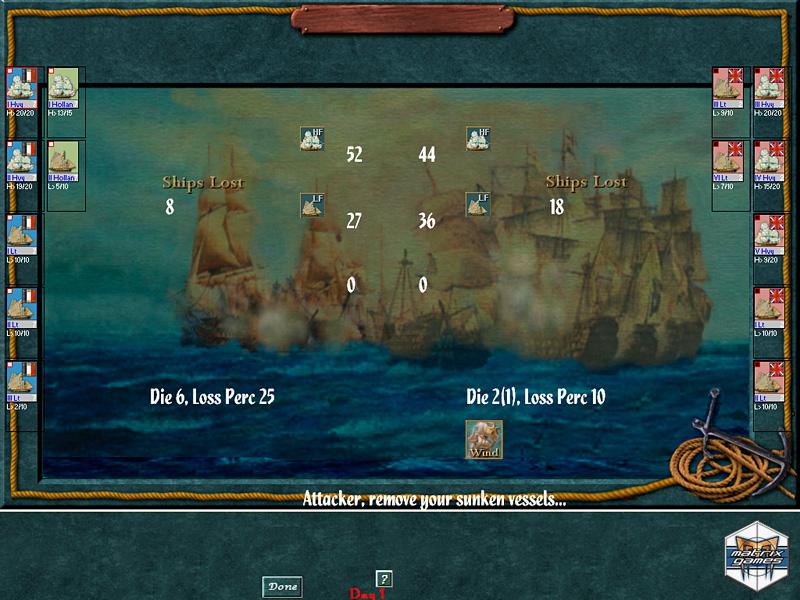 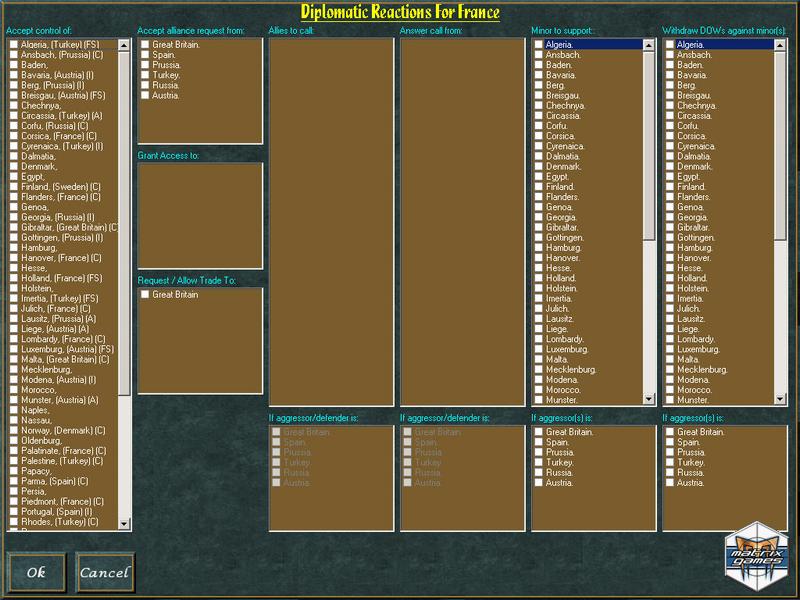 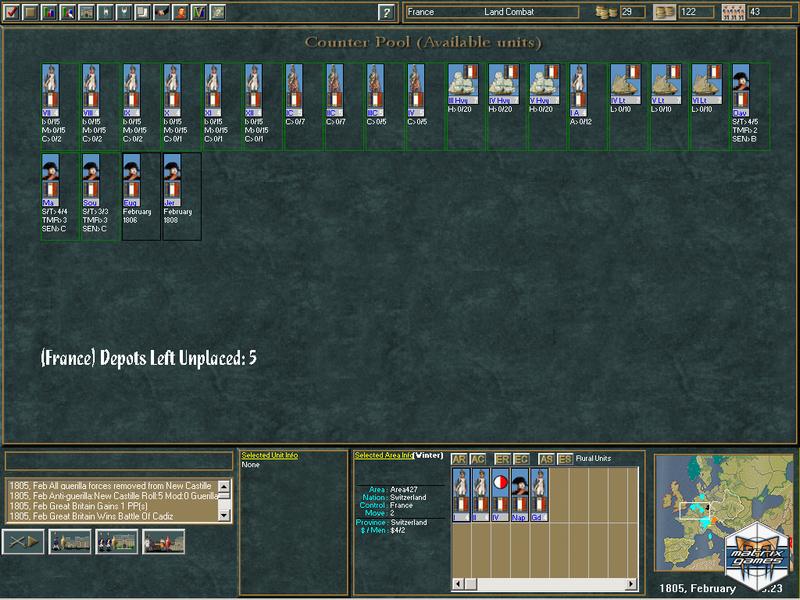 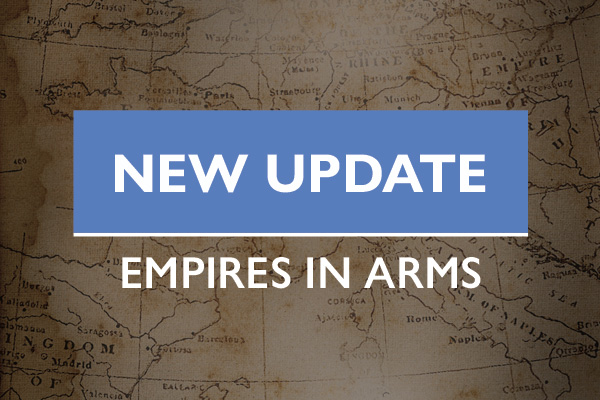 Empires in Arms Gets a Major New Update!

Oct. 12, 2010 - This gigantic new update arrives on the scene like a masse de rupture of improvements and…

Empires in Arms Gets a Major Update!

He who controls Europe, controls the world… Empires in Arms is the official licensed computer version of Australian Design Group's classic board game. Empires in Arms is a seven player game of grand strategy during the Napoleonic period of 1805-1815. Playable either solitaire against the AI or by e-mail. Corps level with full diplomatic options to allow players complete freedom to fight it out for control of Europe any way they want to.

Take command of one of the many factions in early 19th century Europe! Empires in Arms is a grand strategy turn-based race to prove which nation is the greatest in Europe. In a bid for mastery over the continent, players can succeed where Napoleon failed or try to stop the military genius quicker than his historical enemies could!

The game moves in monthly turns where diplomacy and builds are conducted.  Within the monthly turns there are a variable number of impulses where corps and fleets move about. All movement is simultaneous with battles occurring at the end of the impulse. Battles are resolved by players both picking a strategy and fighting a series of rounds in an attempt to break the enemy. Make and break alliances, declare war, invade minor nations, propose peace terms, build armies of landwehr, regulars, guards, light cavalry, heavy cavalry and artillery. Many historical leaders from the period are included to command corps and fleets, from Admiral Nelson to Marshal Davout to the Pashas of the Ottoman Empires.

Diplomacy and economics will complement the sharp bayonets and deadly cannons of your direct military might when you take the role of any of the major powers in 19th century Europe!  As you conquer your weaker foes, use the money and resources from fallen nations to recruit new units and replenish your ranks.  France, Great Britain, Prussia, Turkey, Russia, Spain and Austria all stand ready with their full resources, generals, armies and fleets for you to take command.  Join the intricate and deadly contest of power that changed a continent and created a legend.

The slightest mistake could be the difference between the crown of Europe or exile to St. Helena. Step into history and find your destiny in Empires in Arms!

Control any one of seven major powers of the period (France, Great Britain, Russia, Austria, Prussia, Spain or Turkey)

Create alliances, declare war, and negotiate peace terms on the path to admiration or condemnation

Conquer, manipulate or ally with a host of minor countries in your quest to build an empire

CD-Rom
Yes for Physical install only 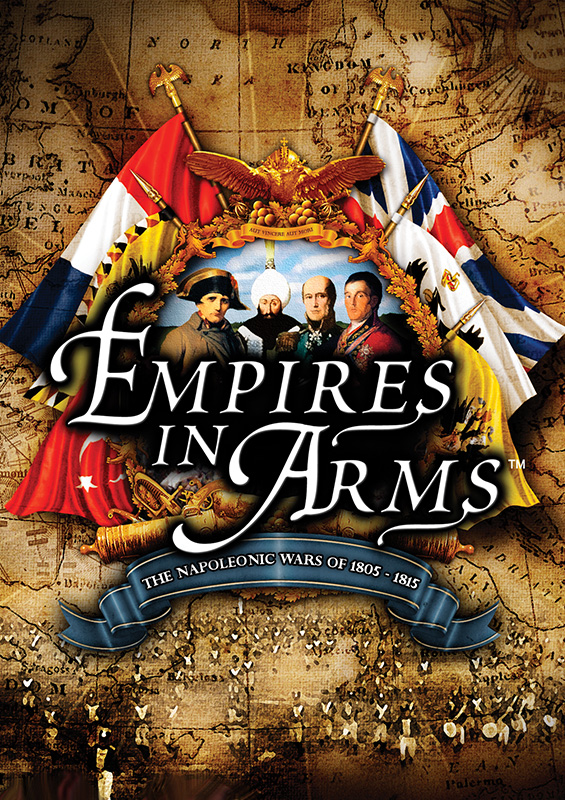