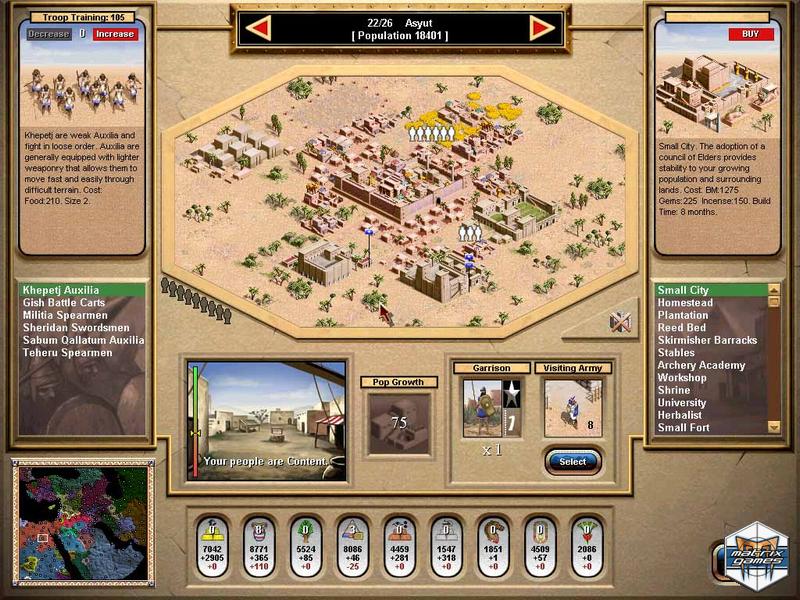 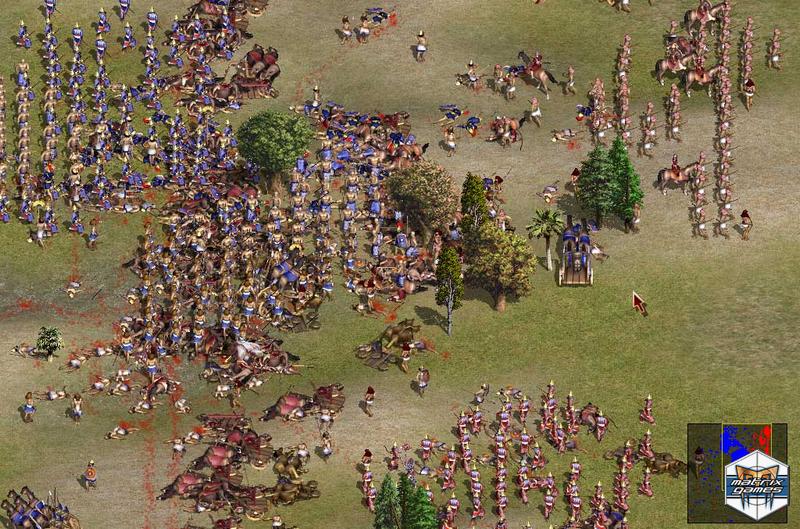 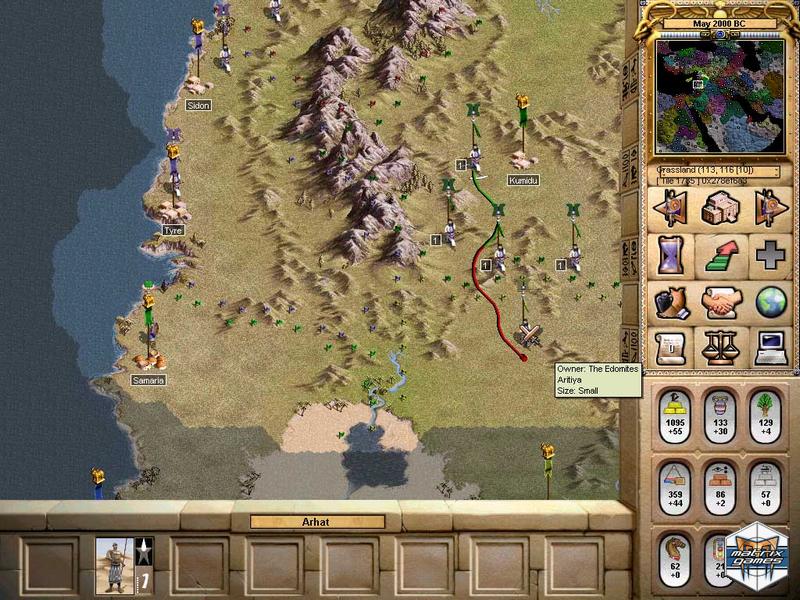 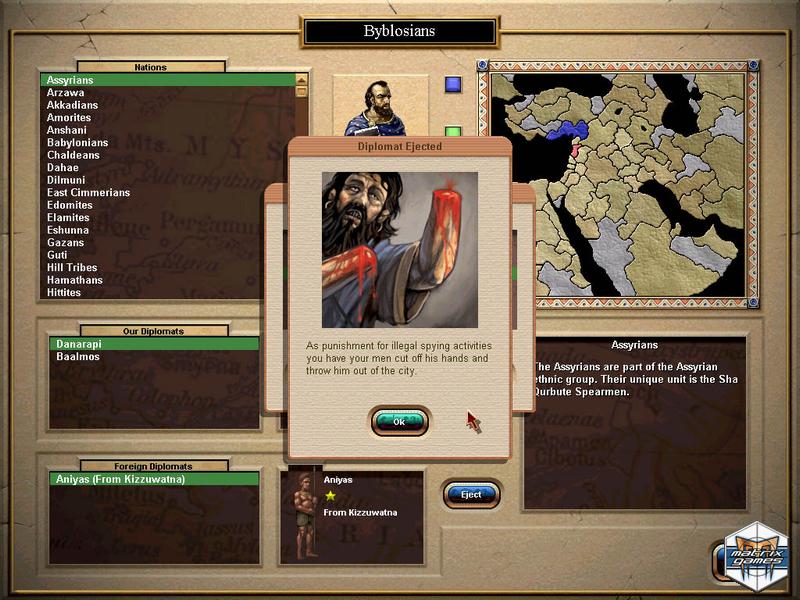 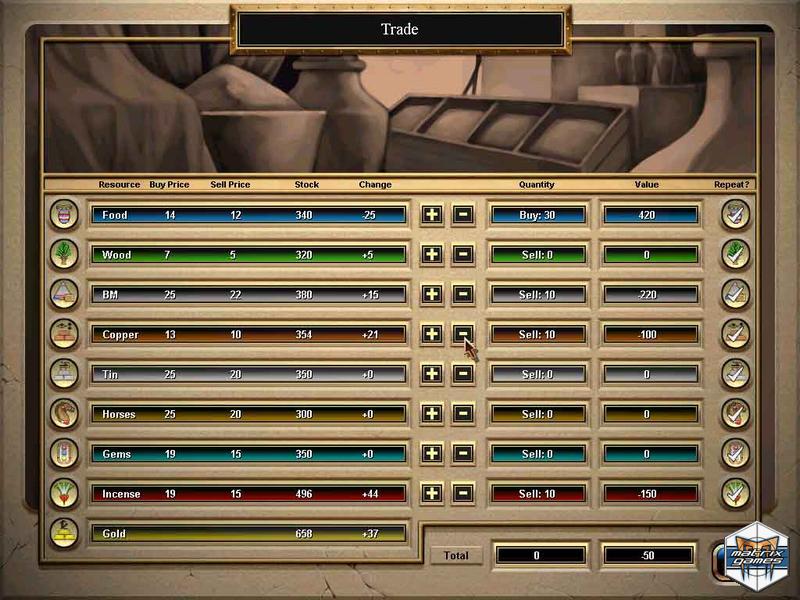 Feb. 28, 2007 - Grab the reins and charge full speed ahead with the Matrix Games re-release of Chariots of…

Chariots of War is an operational real-time game where you can play one of 58 different nations on a huge historically accurate and beautiful map covering the entire Middle East! Build up your cities and keep their inhabitants happy by crating temples, entertainment and other building or deal with angry revolters. Control the Cradle of Civilization!

4000 years ago in the Cradle of Civilization, mighty Empires fought for water, resources and the arable land in the Fertile Crescent. Play as the Egyptians, the Babylonians, screaming Nubian warriors, or the Assyrians. Develop your county by producing commodities and selling them to you neighbors. Raise glorious armies and wage wars of conquest. Roll over the plains and seek victory in Chariots of War!

Immerse yourself in Chariots of War. Build hundreds of buildings and city improvements, and collect 9 different resources such as Myrrh, Gems and Horses. Put your General in command of your army fighting real-time battles under the fog of war. Protect the inhabitans from roving barbarian tribes bent on attacking anything in their path.

The Happiness and welfare of the inhabitants of your cities will depend on overpopulation, recruitment levels, garrisons and food, and by developing temples, entertainment and other buildings you keep revolution at bay. Recruit units from nearly thirty different troop types for you invincible armies. Barbarian tribes will roam the land, attacking anything they encounter. Trade allows you to buy and sell the 9 resources. Different areas of the map have access to different resources so trade is key. Diplomats can be sent out to gather information. You can eject enemy diplomats in a number of gory ways.

Build your armies and wage a campaign to control the Cradle of Civilization!

10 types of nations each with their own unique units

A Random event system that depicts the Era in colourful detail, recreating historical phenomena such as Earth-quakes, Floods and Locust plagues

Advances will increase the development of your tribe