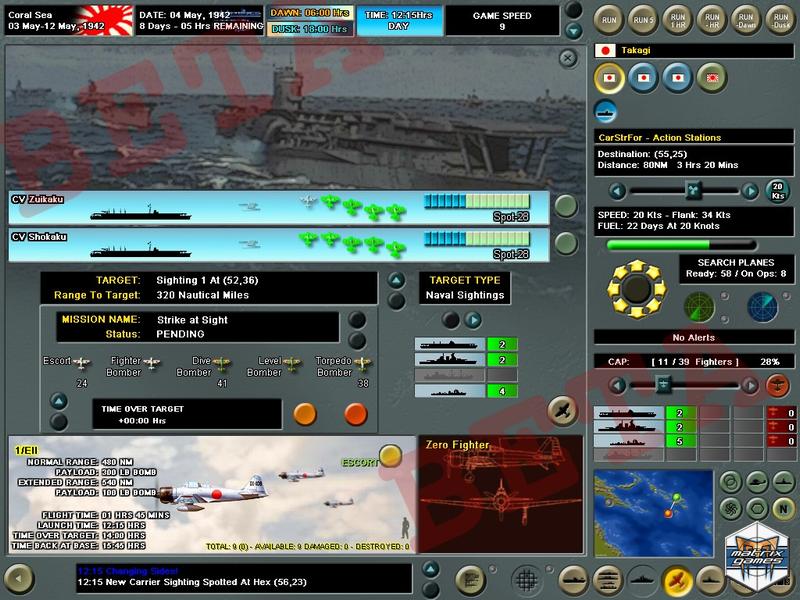 Carriers at War is a simulation of fleet carrier air and naval operations in the Pacific theater from 1941 to 1945 and focuses on command strategy. 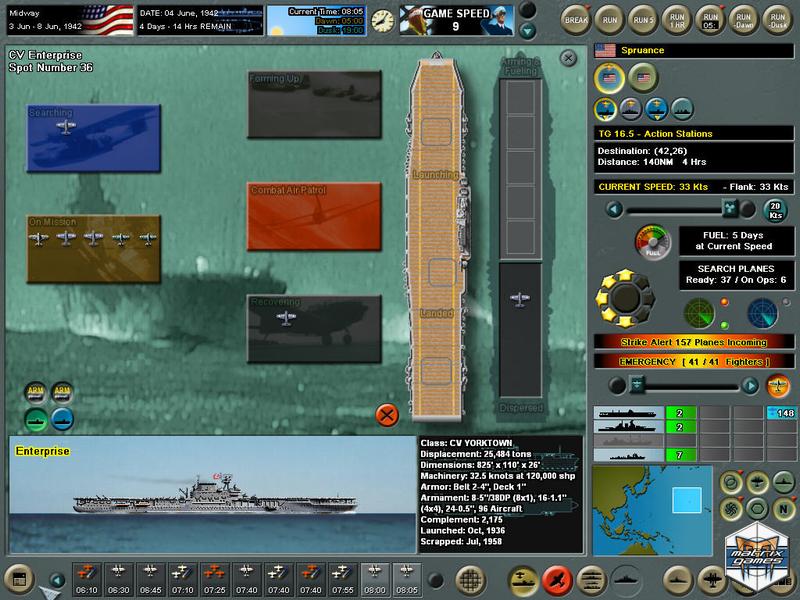 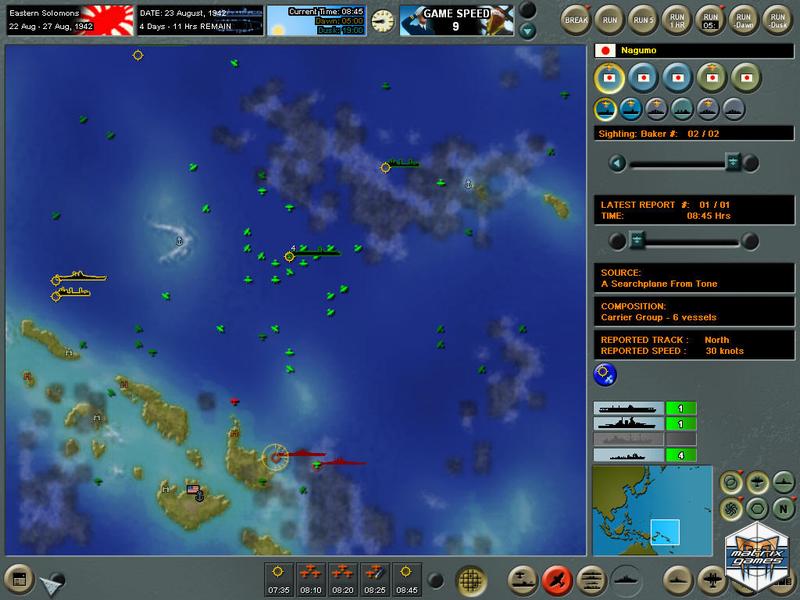 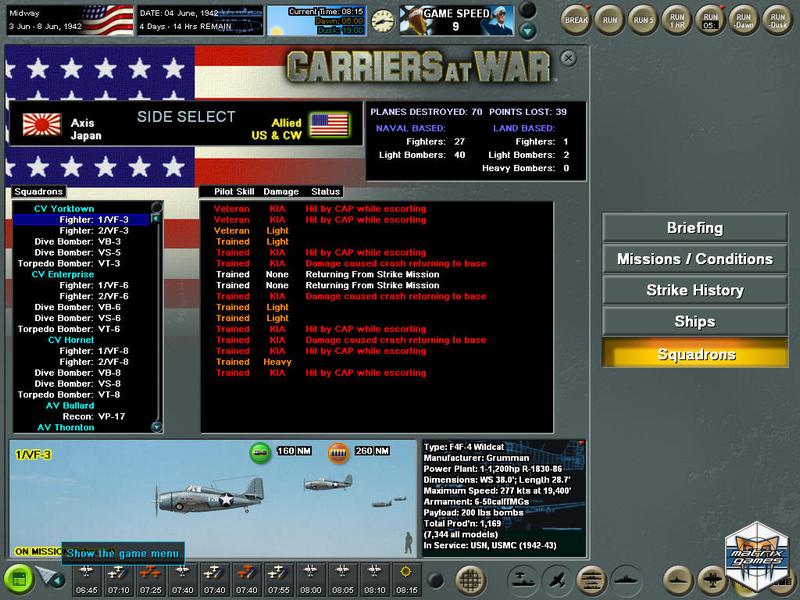 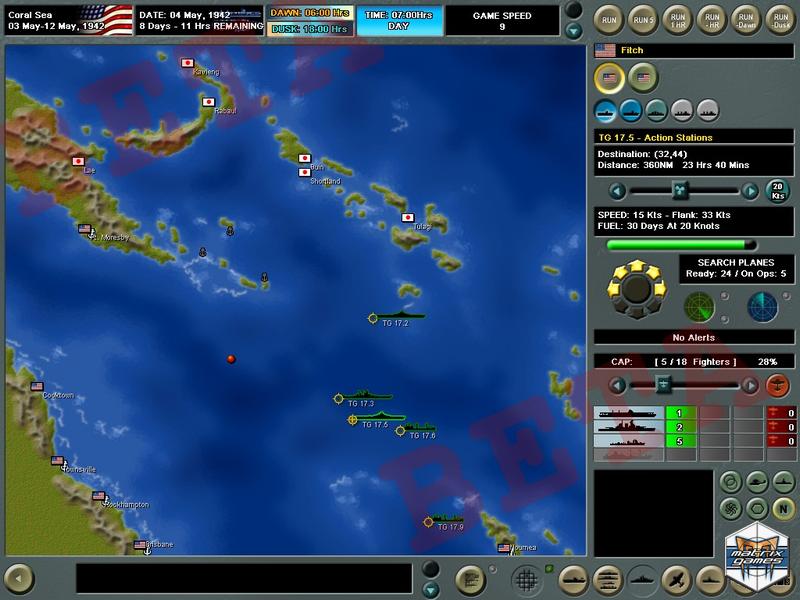 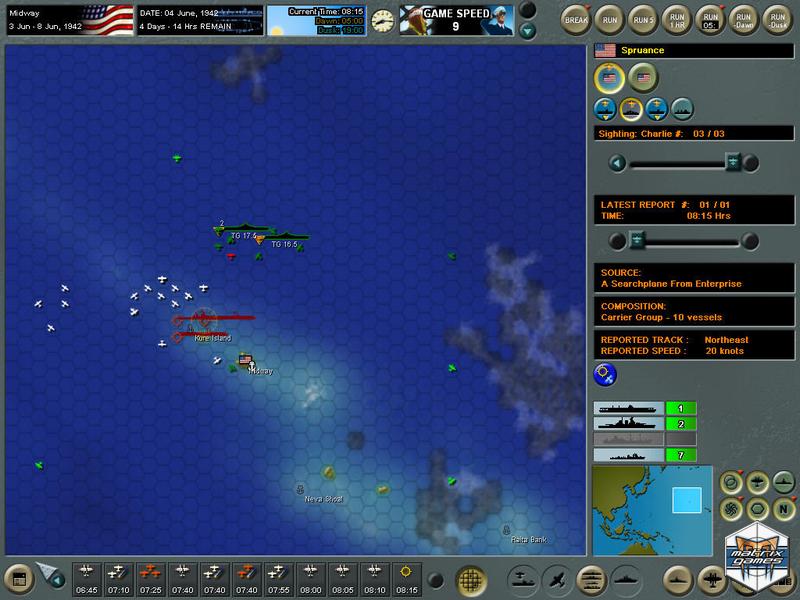 Deal of the Week - Carriers at War

Jun. 09, 2014 - After the last Deal of the Week, we continue the series with another title set during in the…

Carriers at War Gets an Update

Carriers at War Is Updated!

Jan. 29, 2008 - The flight deck has been prepped and a new update is cleared for takeoff Matrix Games and Strategy…

A New Carriers at War Update Roars off the Flight Deck!

Aug. 25, 2007 - The first update for Carriers at War has kicked its tires and thundered off the flight deck Matrix…

Carriers at War is a simulation of fleet carrier air and naval operations in the Pacific theater from 1941 to 1945. The game focuses heavily on carrier fleet command strategy. Other units are represented and play a part in battle, but as the title suggests the queen of the sea is the focus.

Your task is clear, Captain, find the enemy carriers, and sink them before they find you. Easy to say… hard to do!

Carriers at War is a WWII naval combat and strategy game set in the Pacific Theatre. Putting you at the heart of WWII carrier combat, you are in charge of commanding carriers with immense amounts of firepower tasked with delivering a knockout blow to the enemy, while avoiding retribution at the hands of a fanatical foe. Carriers at War focuses heavily on carrier fleet command strategy, which requires the player to use all of their naval prowess to best the enemy. Throughout the wide range of scenarios and campaigns found in Carriers at War, history buffs and strategy fans alike will recognize and enjoy playing through famous engagements including Pearl Harbor, Midway, Coral Sea, Eastern Solomons, and more.

Carriers at War also features a ruthless and endlessly challenging AI. Apart from going head to head against a human opponent over the internet or LAN, players will find that the AI in Carriers at War will test the skill of both basic strategy fans and retired admirals alike!

Take to the high seas and crush your opponent with the mightiest ships in all the world. Carriers at War: the essence of carrier combat! 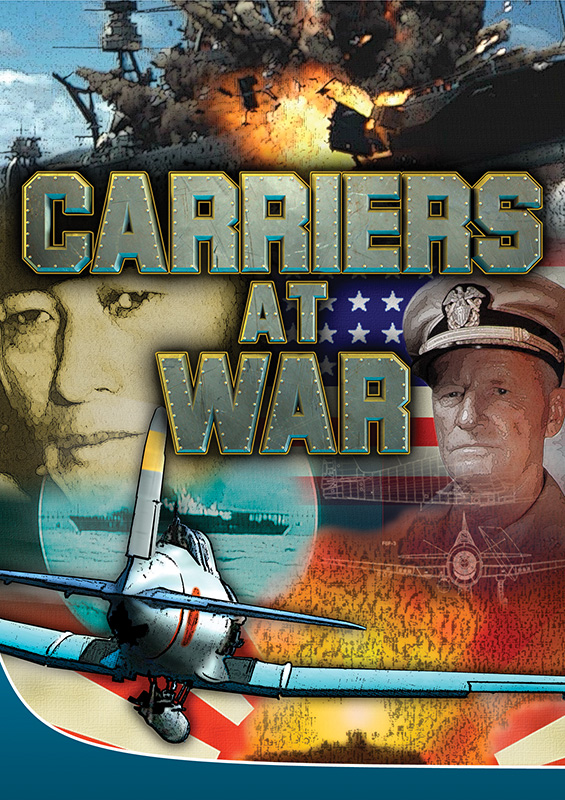