Campaigns On The Danube 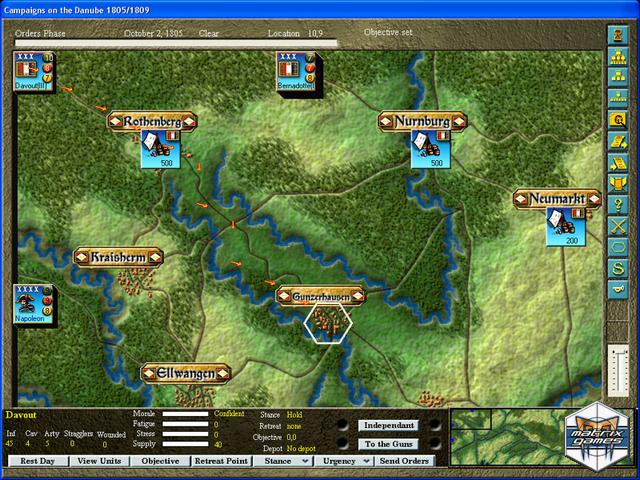 Players may command historic, powerful armies as they face off against each other in a clash that would be destined to defeat Austria but prove for a brief time that Napoleon could indeed be stopped. Players will be able to take command of the French forces under Napoleon or Austrians under Charles and strike at each other over a large hex-based map. 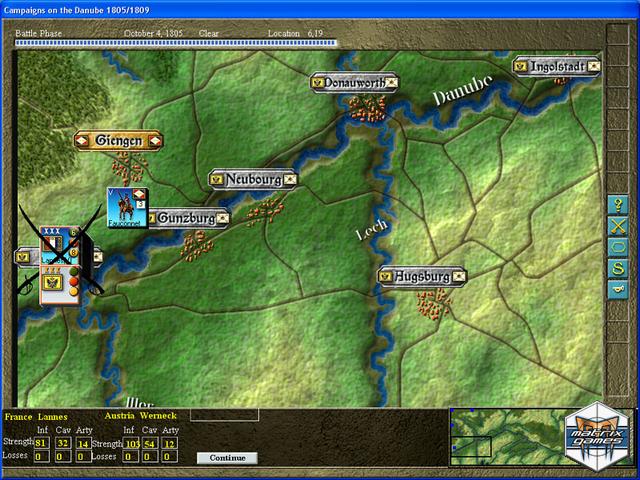 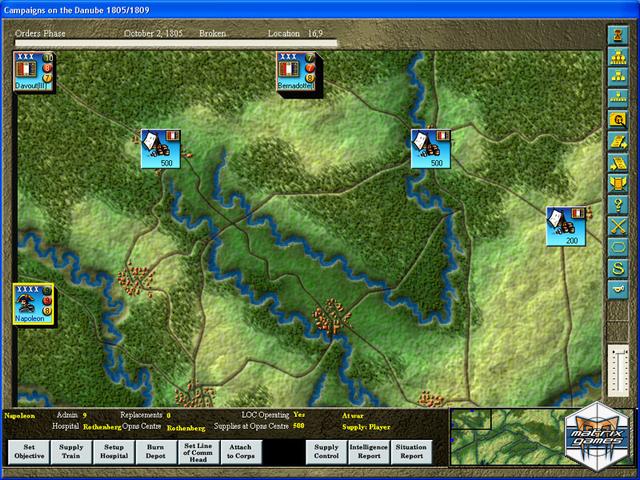 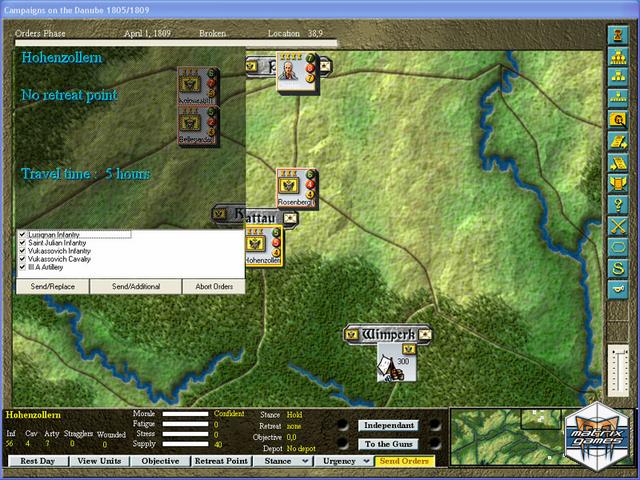 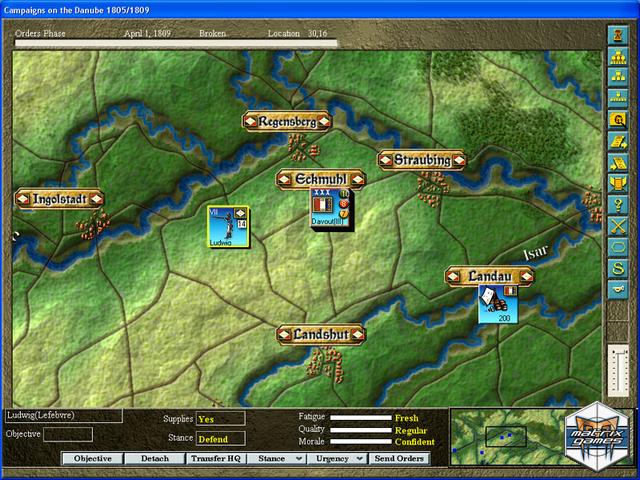 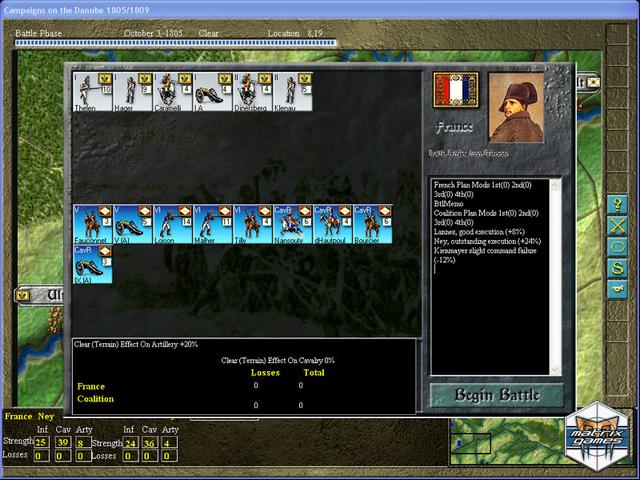 Apr. 30, 2004 - Matrix Games and Adanac Command Studies (www.adanaccommandstudies.com) are pleased to announce the…

The Campaigns of the Danube 1805 & 1809 is a turn-based operational strategy game where players are able to take command of the French forces under Napoleon, or otherwhise of Austrians under Charles, and strike at each other over a large hex-based map.

"There are certain things in war of which the commander alone comprehends the importance. Nothing but his superior firmness and ability can subdue and surmount all difficulties." Napoleon Bonaparte

In April of 1809, Austria took advantage of French preoccupation with Portugal by attacking Napoleon's German ally, Bavaria. New reforms in the Austrian army, including reorganization, as well as Napoleon¡¦s interest in fighting the British on the Iberian Peninsula fueled Austria's desire for revenge for having suffered numerous sharp defeats at French hands. The Austrians quickly pushed aside French resistance in the region, until Napoleon himself arrived on the field. Taking immediate action, he threw his troops across the Danube and struck at a surprised Austrian foe, cutting it in two. Marching into Vienna, Napoleon sought a decisive battle with Charles's army. Poor weather combined with a torrential river caused a large portion of France's army to be caught on the wrong side of the river as revitalized Austrian troops hit them hard. Eventually Napoleon managed to extract his men from the danger, but not after having suffered nearly 21,000 casualties to the Austrian's 23,000. While the myth of French invincibility had been credibly destroyed, not two days later Napoleon crushed the Austrians at Wagram, inflicting 40,000 casualties and forcing Austria to sue for peace and join his vaunted Continental System.

With The Campaigns of the Danube 1805 & 1809, from Matrix Games and Adanac, players may command these historic, powerful armies as they face off against each other in a clash that would be destined to defeat Austria but prove for a brief time that Napoleon could indeed be stopped.

Cavalry, infantry, artillery, engineers, leaders, supply wagons, depots, and other counters may be maneuvered for maximum military effect, while the flexible combat system may be used either through the game system itself or through miniatures play. This battle was by no means a foregone conclusion; the French could have easily handled the Austrians had the fateful river crossing not conspired against them, and the Austrians could just as well have held against The Little Corporal and dealt the French a stunning defeat.

Now, with The Campaigns of the Danube 1805 & 1809, players may indulge in one of seven scenarios that focus on the region's conflicts, including battles fought there in 1805. For any connoisseur of Napoleonic gaming, The Campaigns of the Danube 1805 & 1809 is a fascinating and fast-paced game that is bound to provide countless hours of surprises and conquest.

AI can play either side (French or Austrians)