Battle of the Bulge

Battle of the Bulge is a fast-paced WW2 game where precise movement and detailed planning make the difference between a vain attempt and a brave operation. 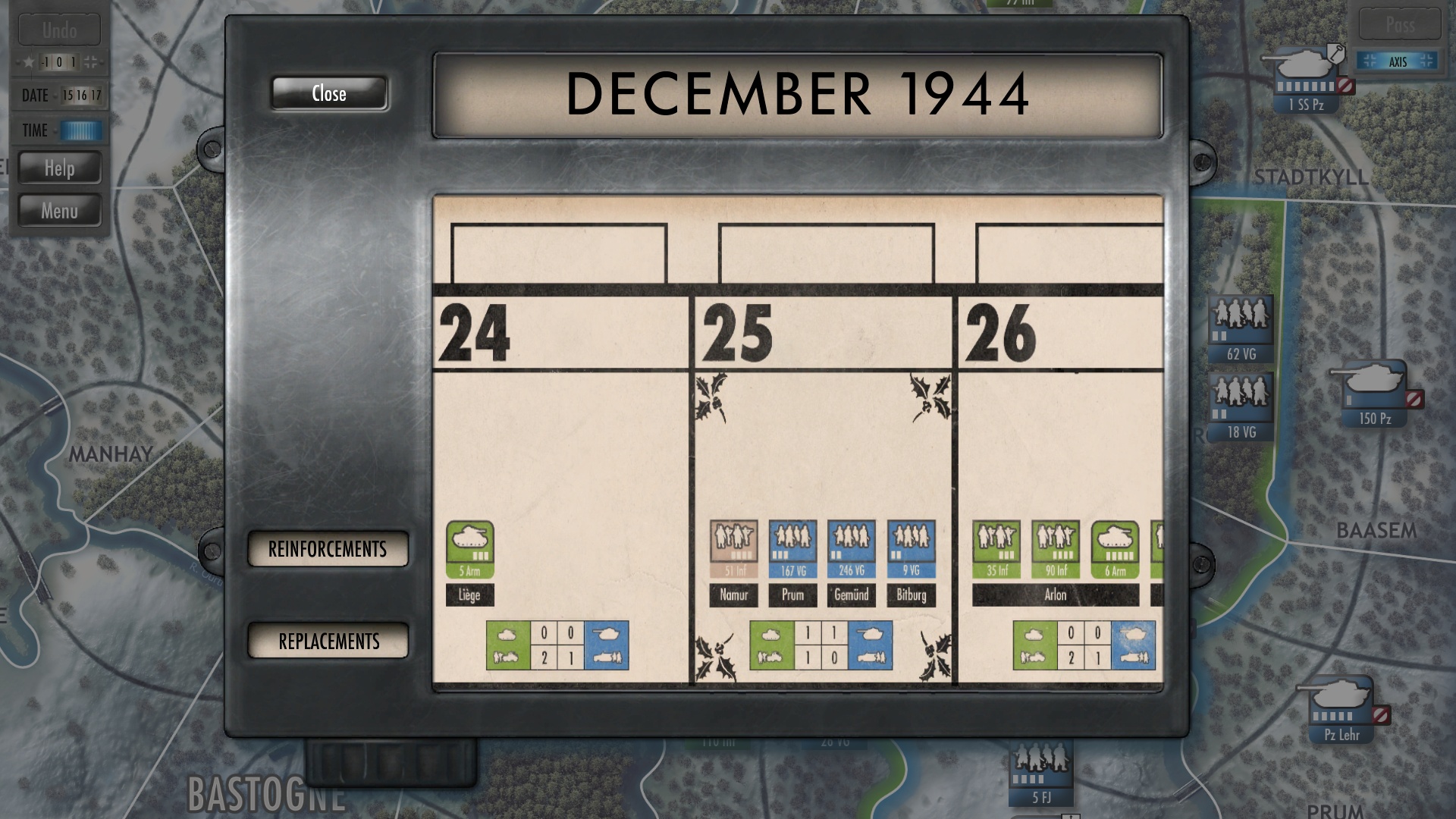 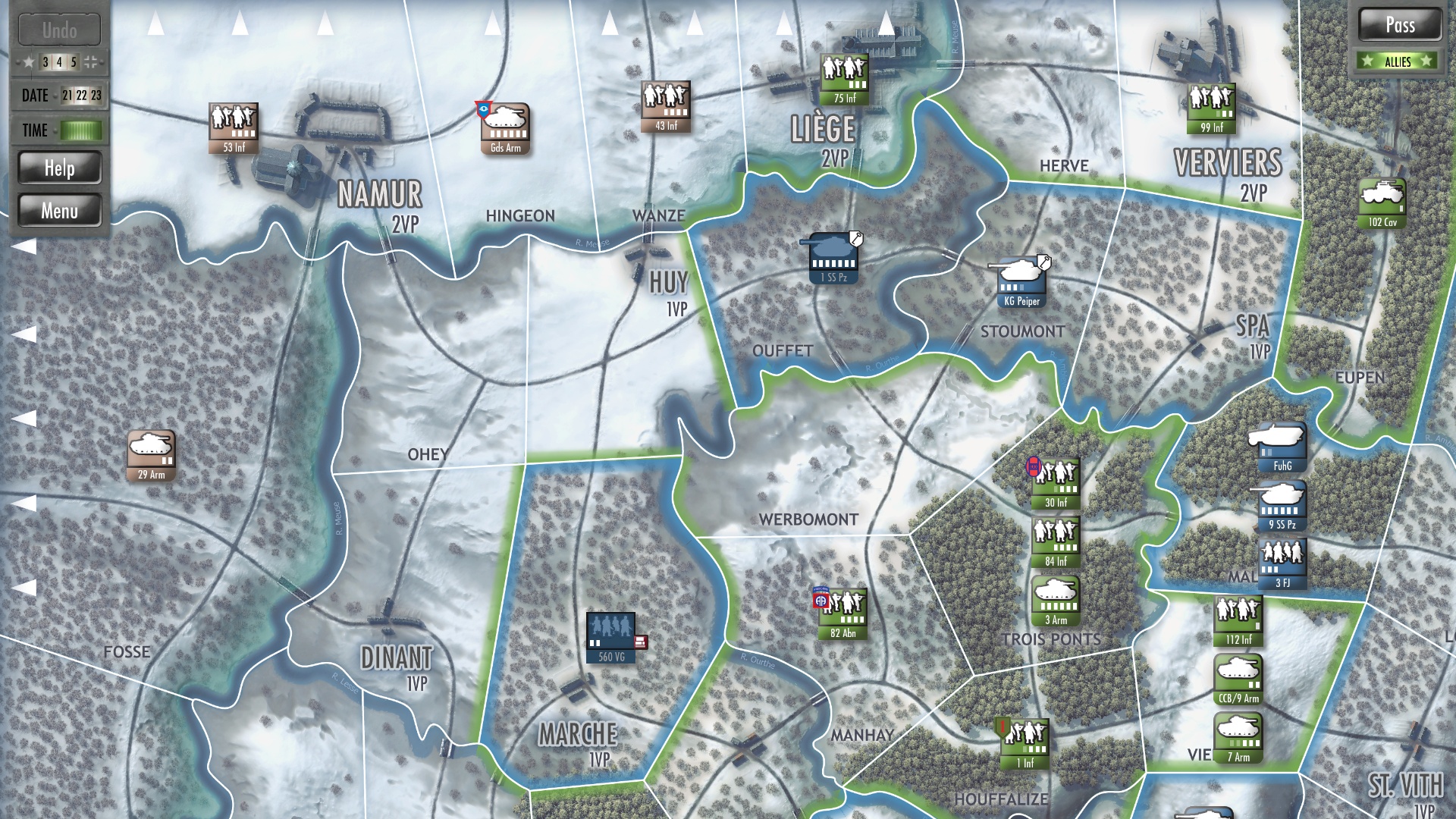 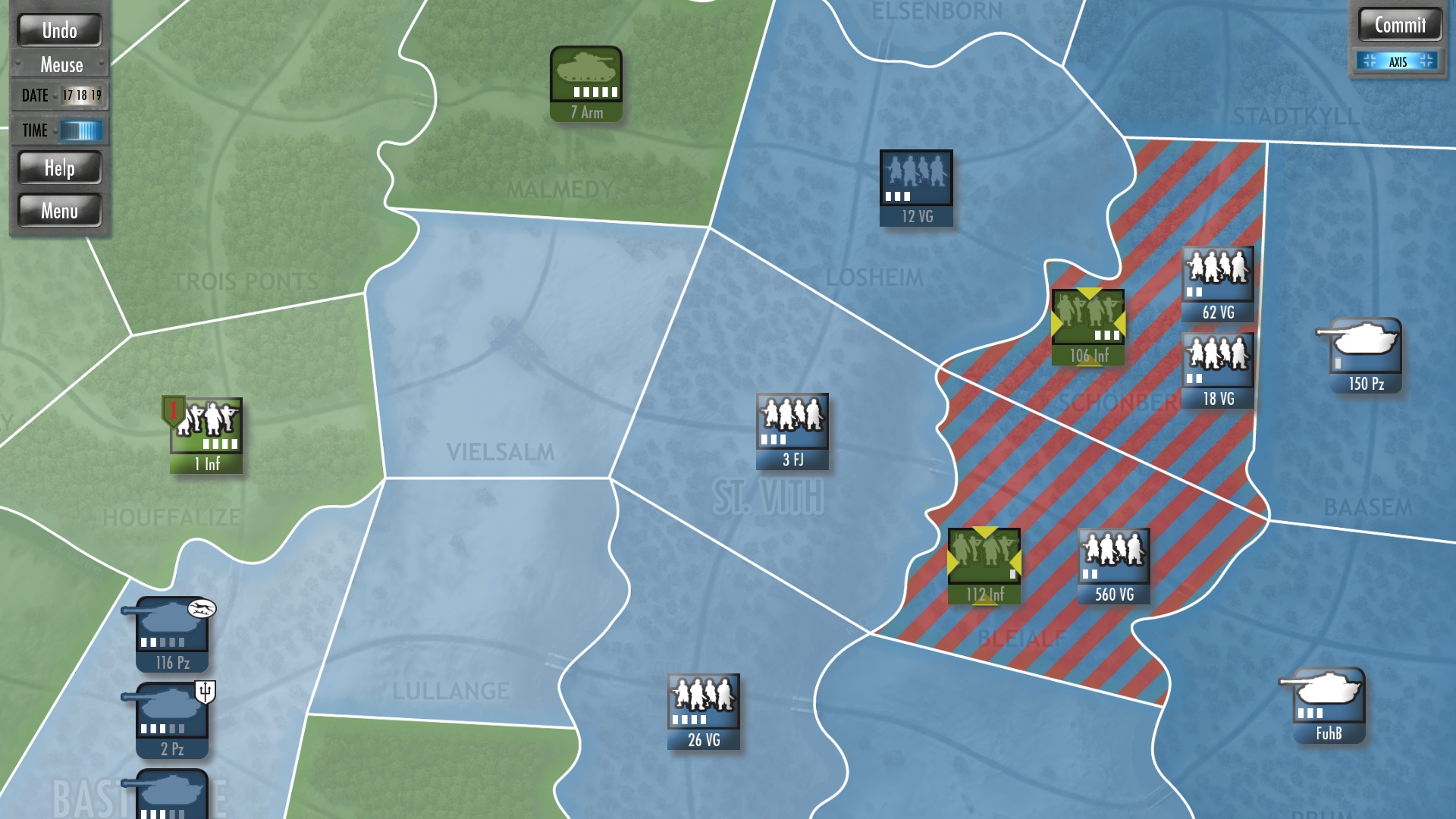 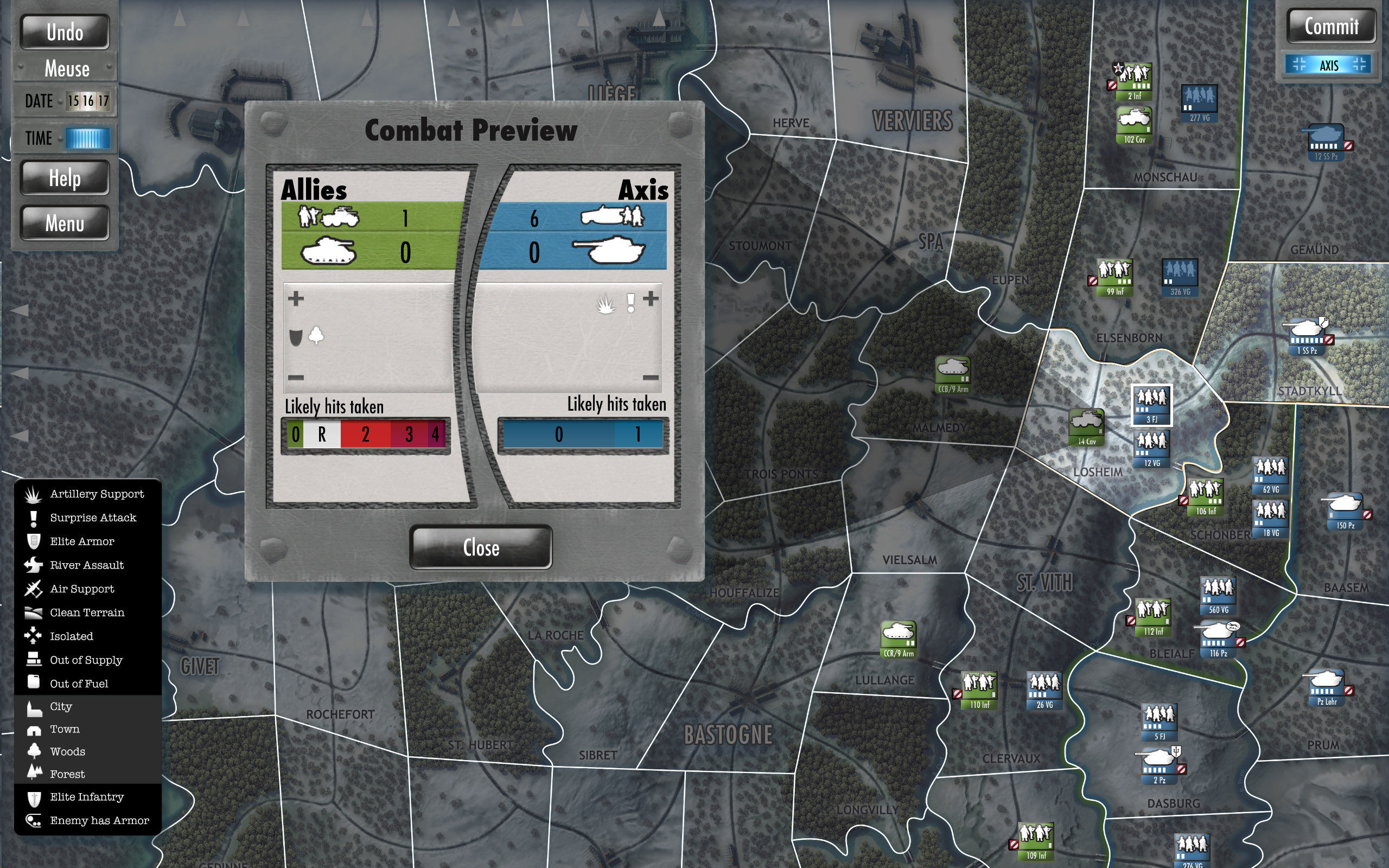 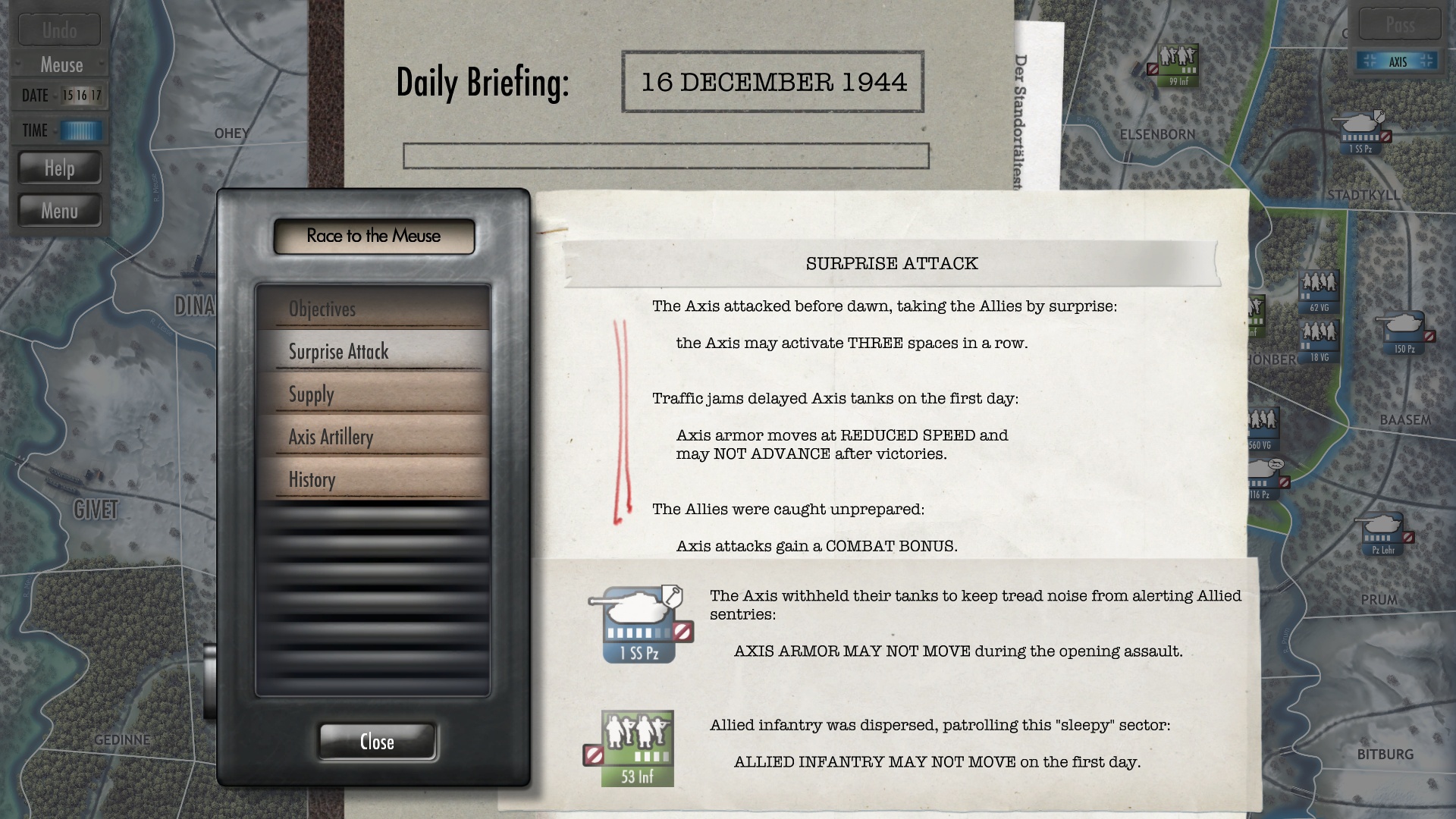 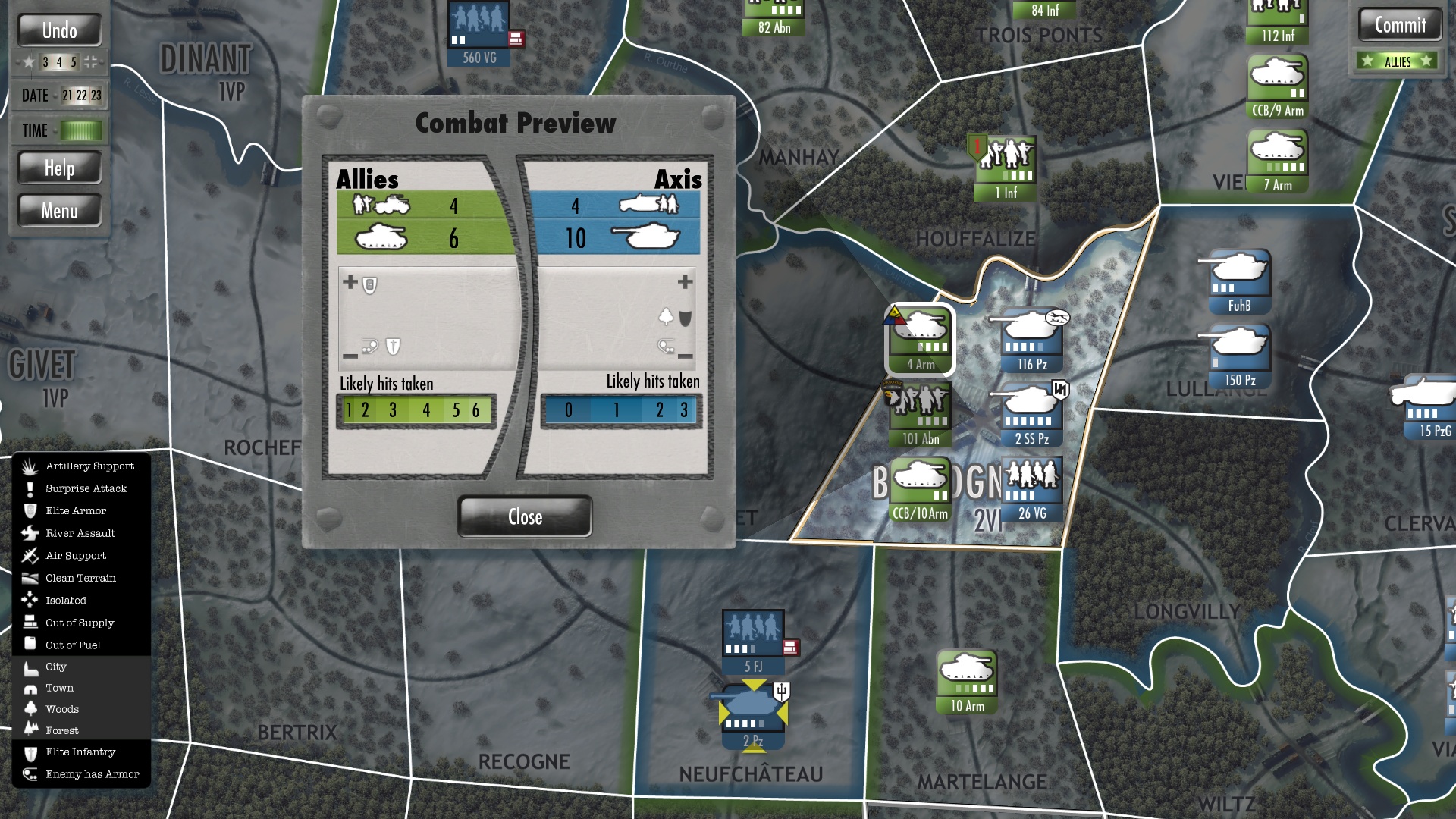 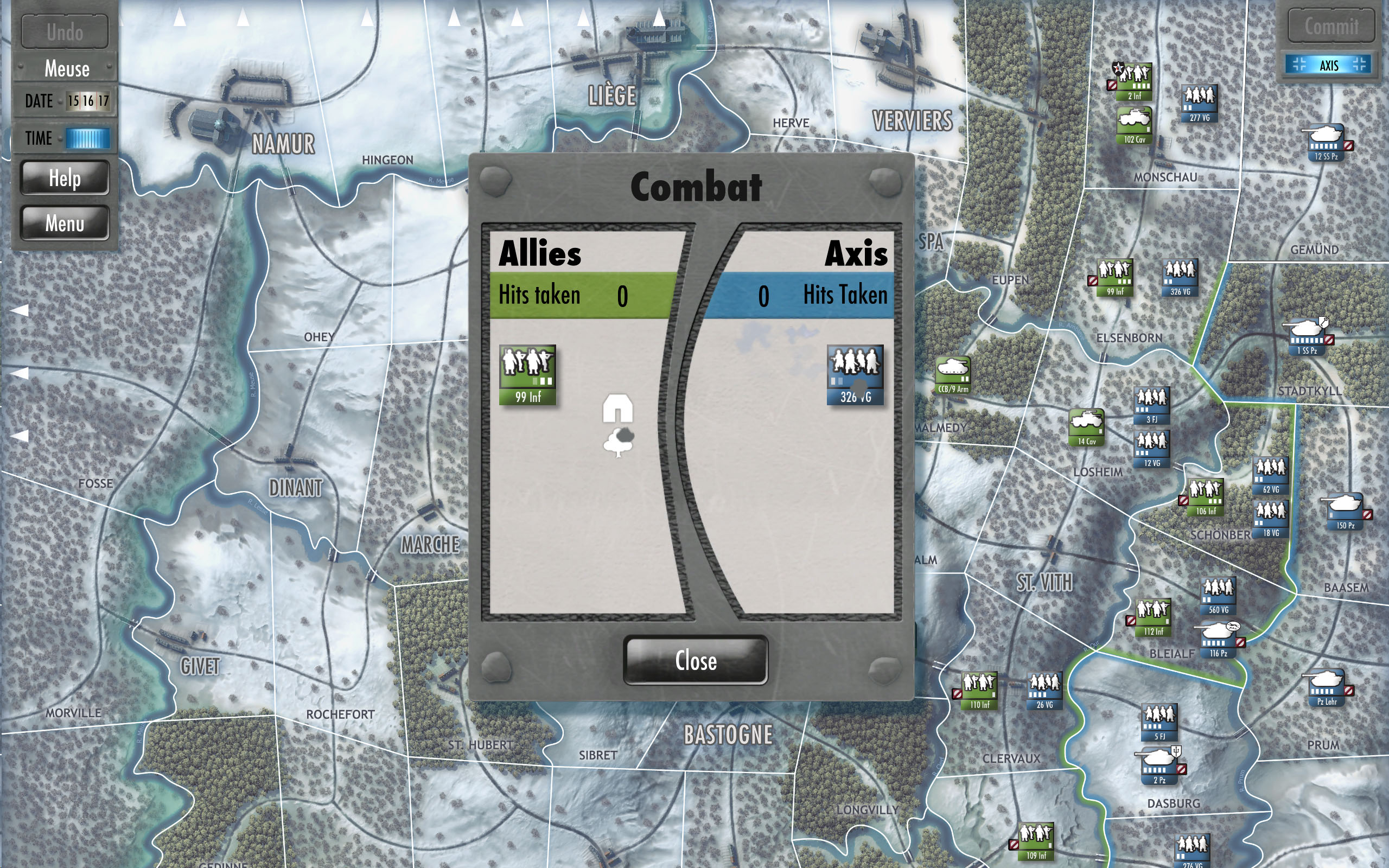 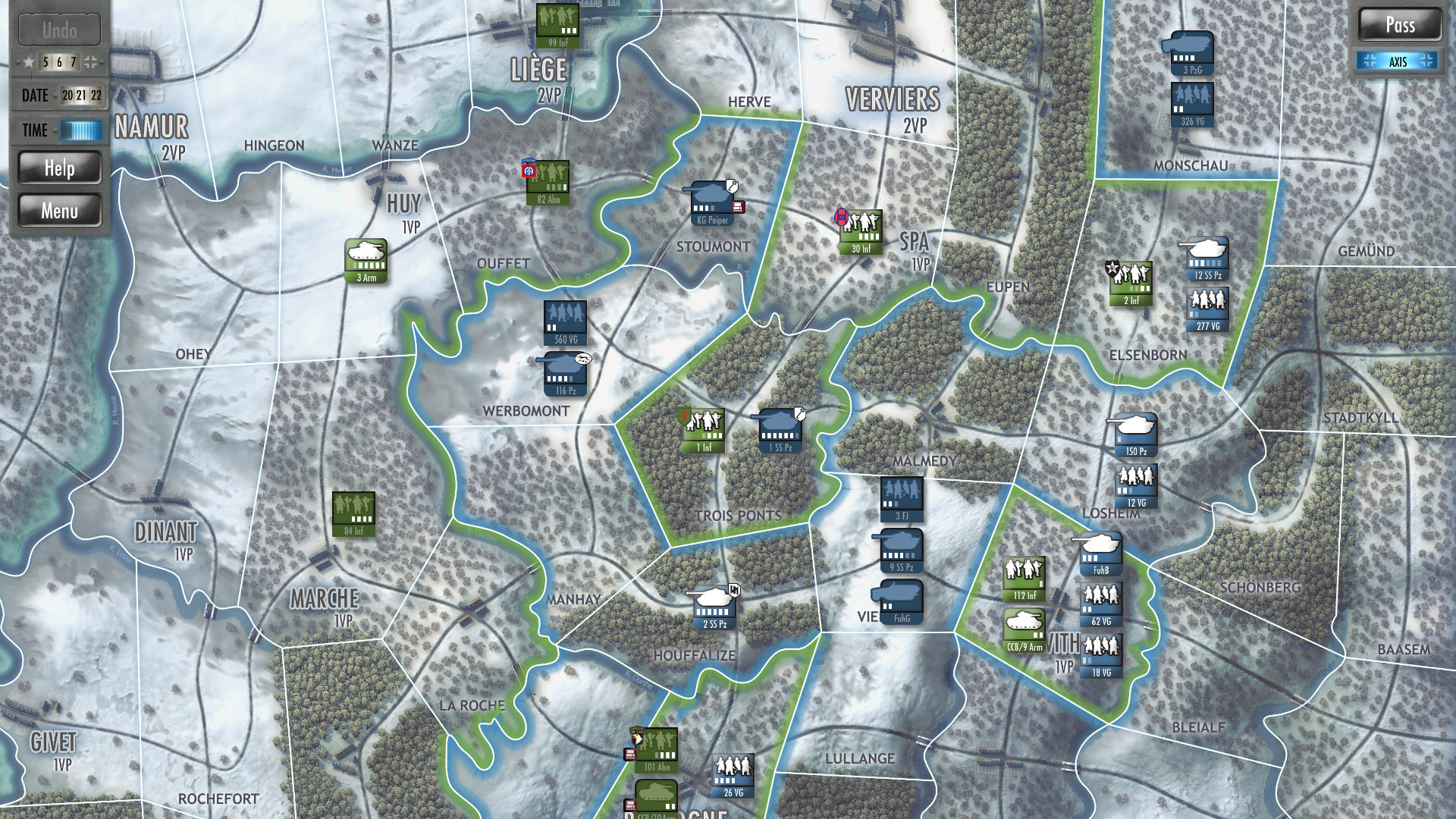 Battle of the Bulge is out on PS4!

Battle of the Bulge on XBox One is OUT NOW!

Join the Summerslaughter Tournament for Battle of the Bulge!

Payback ends... the Avalanche of Fire begins! Join the Tournament!

Jun. 13, 2017 - Dust settles on the carcasses of tanks formations and the infantry tends to their wounded as the…

Battle of the Bulge is a fast-paced WW2 game where  precise movement and detailed planning make the difference between a vain attempt and a brave operation. Set during what the historian Antony Beevor called "Hitler's Last Gamble", Battle of the Bulge provides an immersive experience on a tactical/operational level, putting the player in command of the Allies or the German forces fighting each other in several scenarios in one of the most brutal and wild environments of Western Europe: the snow-covered forest of the Ardennes!

Command infantry, mechanized and armoured units in hard fights through the various phases of the offensive, taking into account the nature of the terrain and its effects on the assailants and defenders.

You don't only have to face a direct military confrontation, you have to learn how to manage your supply routes, being careful not to rely on easy solutions! A quick breakthrough into enemy lines could lead your units being isolated with a high risk of being outflanked by enemy counterattacks!

Time will be another factor not to underestimate. In Battle of the Bulge, scenarios have a time limit with several "semi-historical" events affecting your conduct of operations in different ways.

Take control of iconic elite units on both sides, such as the 101 Airborne Division or the Kampf Gruppe Peiper, and replace the losses on the hottest spots of the frontline!

Challenge Bradley, Dietrich, von Rundstedt and other historical commanders with an ad hoc re-written AI -each with different play styles to choose!

Alternatively try to outsmart your friends - whatever their favourite gaming platform - in simple multiplayer encounters or test your skills with the new Tournament feature, providing infinite replay value to the game!

- Re-written AI for both sides (Allies and Axis).

- Added a  Language selector and a Master volume buttons in settings

- A PC-like save feature, with slots and auto-save per turn

A NOTE ABOUT AI

This new version of Battle of the Bulge features a reshaped AI, granting a higher level of challenge to the players. Now the computer controlled faction is quicker to consider a list of parameters (like offensiveness, defensiveness, cohesion, etc...) than before and every potential decision is scored and evaluated to be the most challenging whilst still within the personality of the selected commander.

The new AI recognizes the different importance of the several regions and makes its moves on the basis of logistics (what happens to the supply if the tile is taken by the enemy), the chances of winning a combat, the player’s/AI’s strength in the tile and in nearby tiles, the day of the campaign and other important factors.

Play scenarios like the quick, tense, fight in the opening days to a campaign covering the entire battle as either the Axis or the Allies

Learn with the tutorial and quick start guide, or visit our online strategy forums to learn from other players

Localized for Spanish and Japanese

First in a series of WWII titles by legendary designers including: John Butterfield, Ted Raicer, and Mark Herman

Note
CD ROM Drive (not required for the digital version)