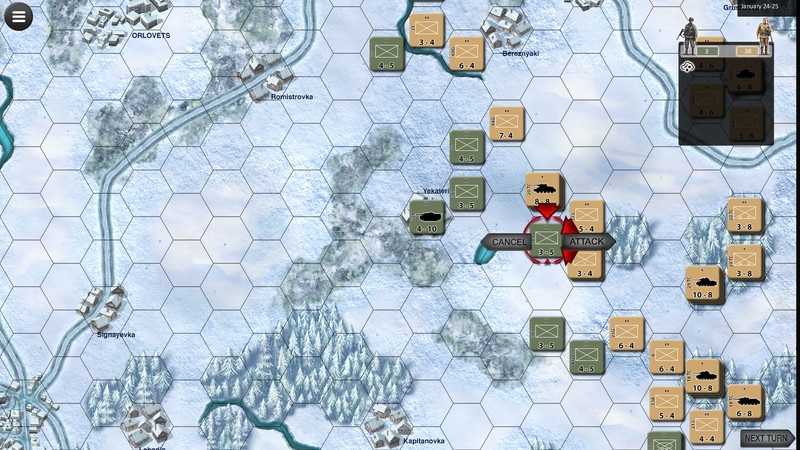 January 1944. The German Army had their last toehold on the Dneiper River. This salient projected between two powerful Soviet army groups, the 1st and 2nd Ukrainian Fronts. Though weakened in their previous efforts against the Germans, on January 25th and 26th, these two powerful groups attacked and surrounded two German corps. 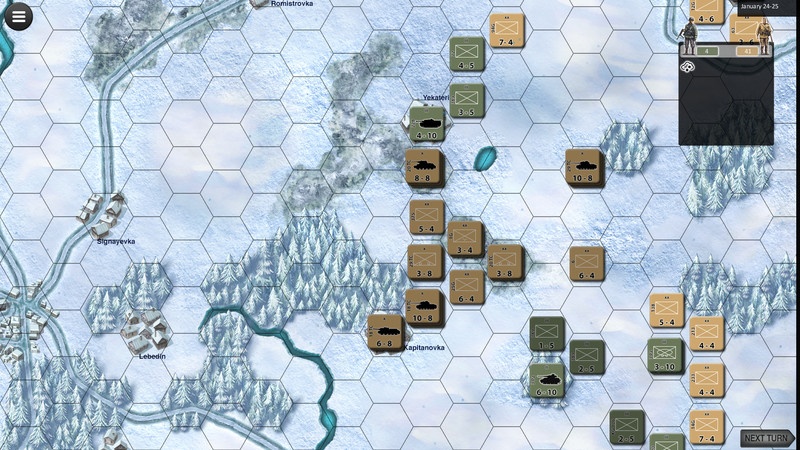 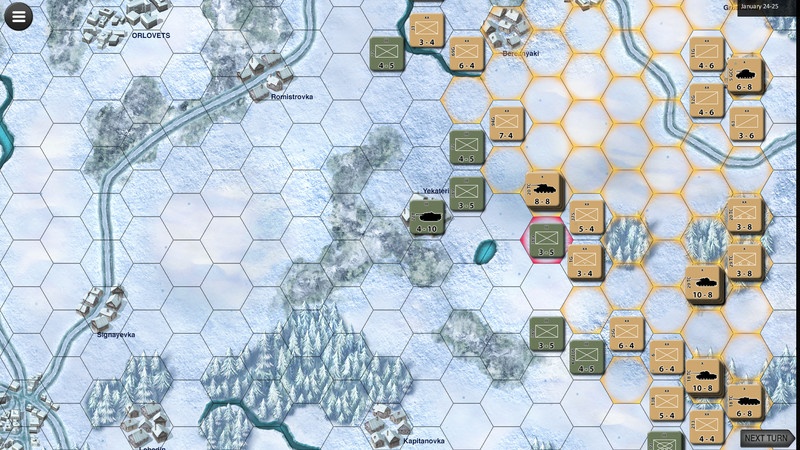 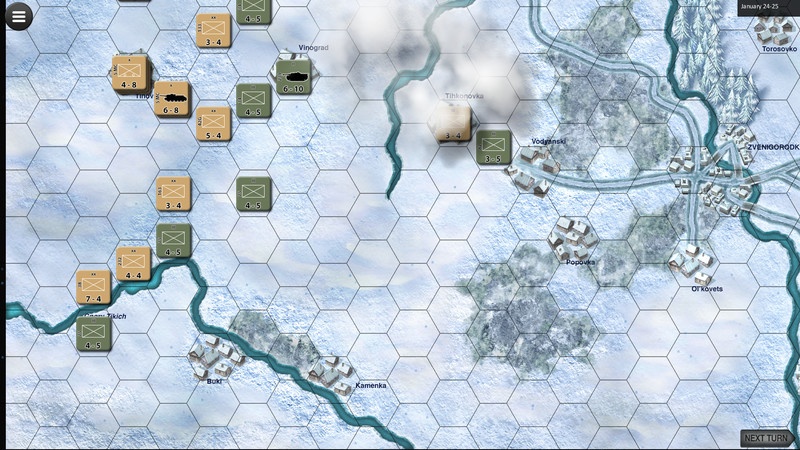 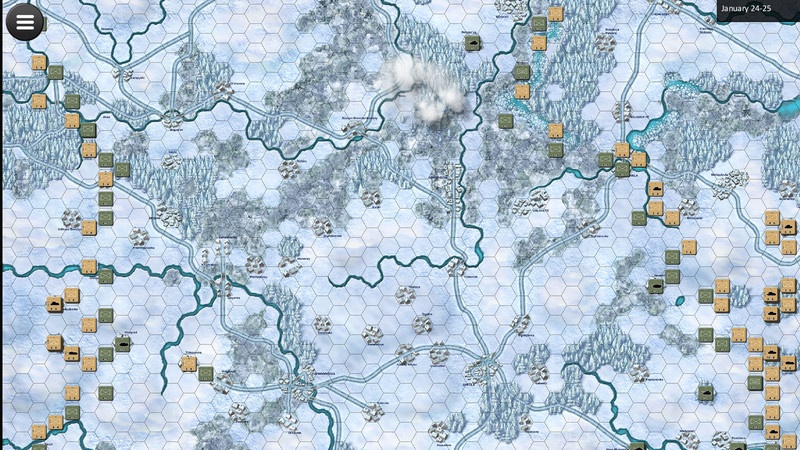 Battle For Korsun is a simulation of the World War II battles in January and February 1944. Players control the various German and Soviet forces which took part in the struggles. The Soviet player must coordinate the offensives of his Fronts to encircle the Germans quickly before the Germans powerful reinforcements arrive. The German player must form a pocket perimeter, then orchestrate his relief drive with his Panzer divisions to rescue their trapped comrades.

January 1944. The German Army had their last toehold on the Dneiper River. This salient projected between two powerful Soviet army groups, the 1st and 2nd Ukrainian Fronts. Though weakened in their previous efforts against the Germans, on January 25th and 26th, these two powerful groups attacked and surrounded two German corps.

The Germans responded quickly to this threat, hurrying reinforcements from other sectors. Their relief drive made good initial progress, but stalled in the face of stiff Soviet resistance and both sides antagonist, "General Mud". In the end, the trapped Germans made a desperate breakout attempt from the pocket. Less than half of the encircled forces escaped the trap, with none of their heavy weapons or equipment.

Graphics
Anything in last 5 years