DLC Across the Dnepr: Second Edition 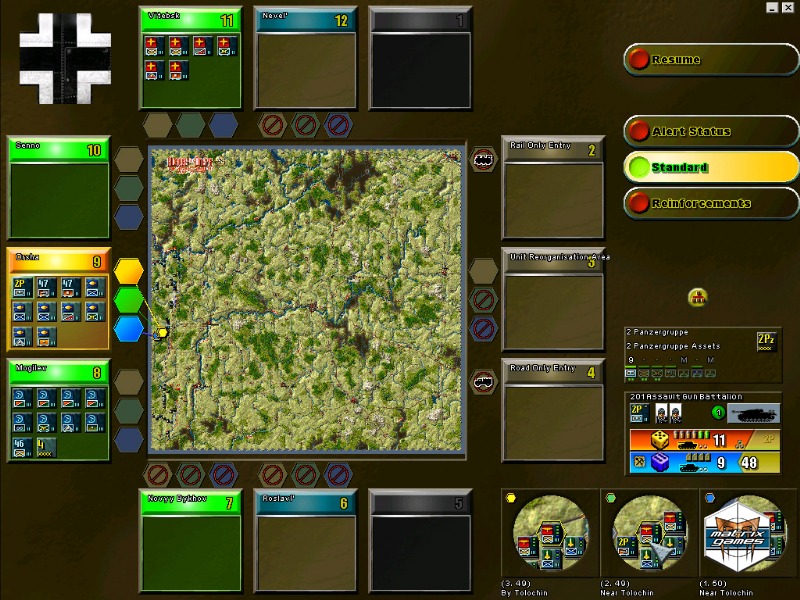 Across the Dnepr: Second Edition revisits a classic on a new system. Created from the ground up as an expansion for SSG's acclaimed game engine, Kharkov: Disaster on the Donets, the Second Edition of Across the Dnepr includes Areas of Operations, top-notch AI programming and multiple Mystery Variants to keep gamers guessing. 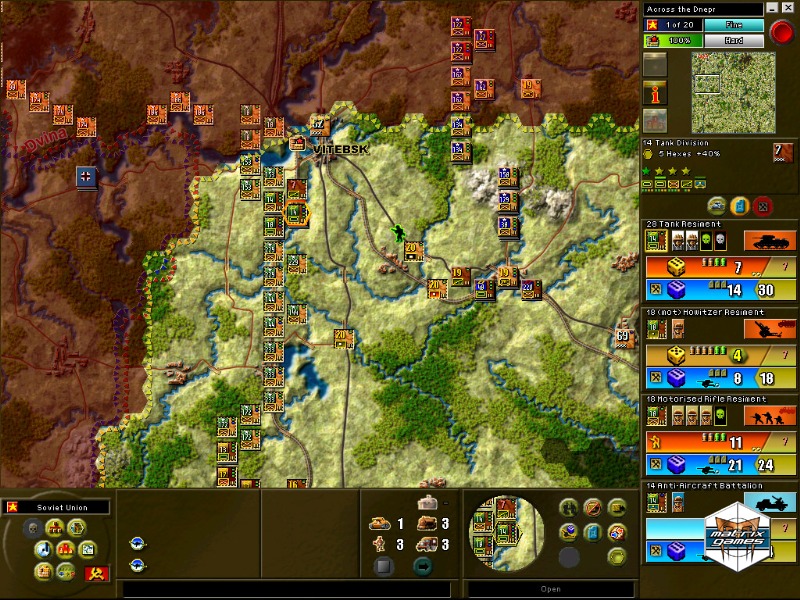 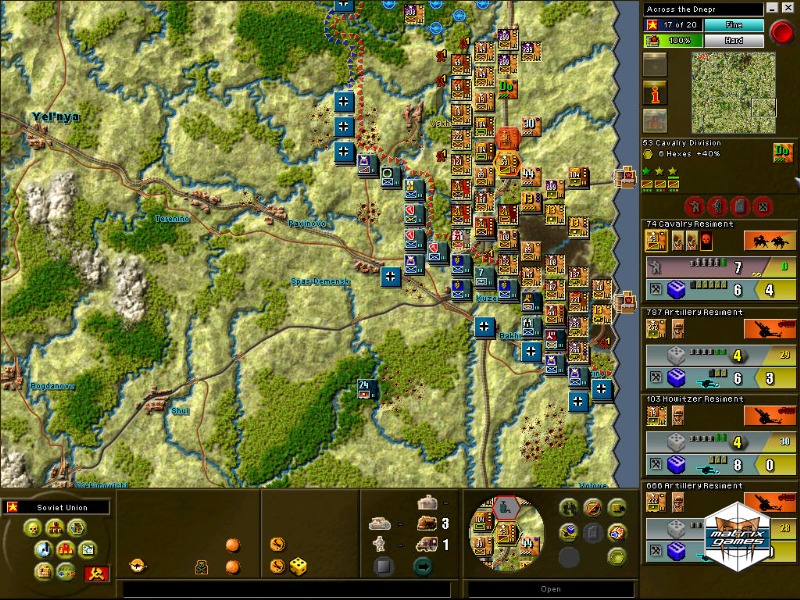 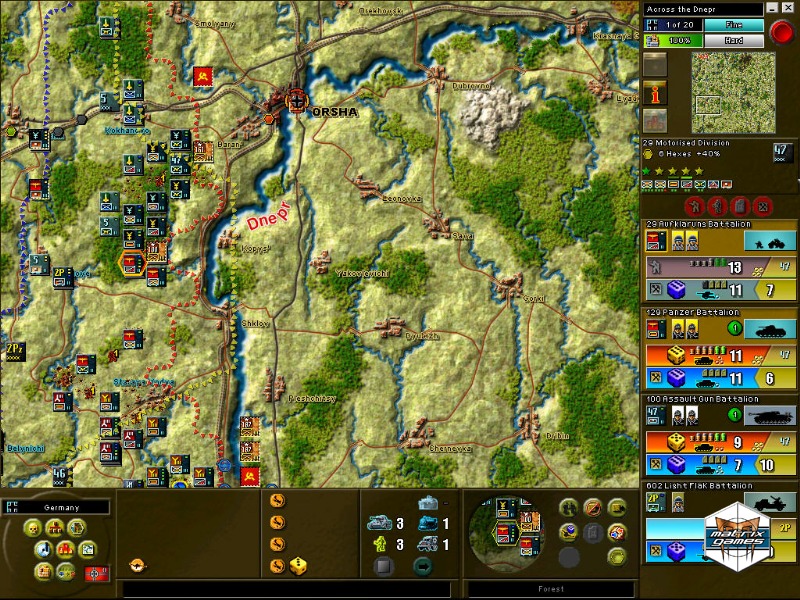 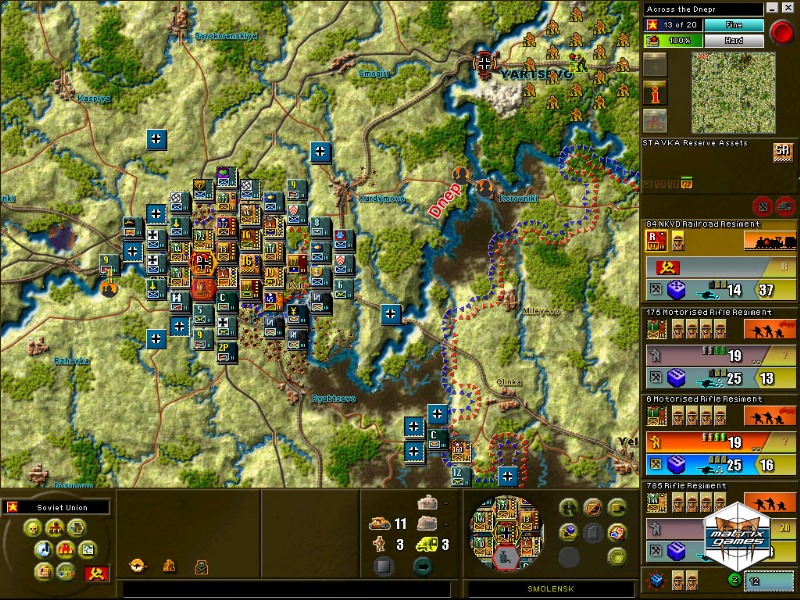 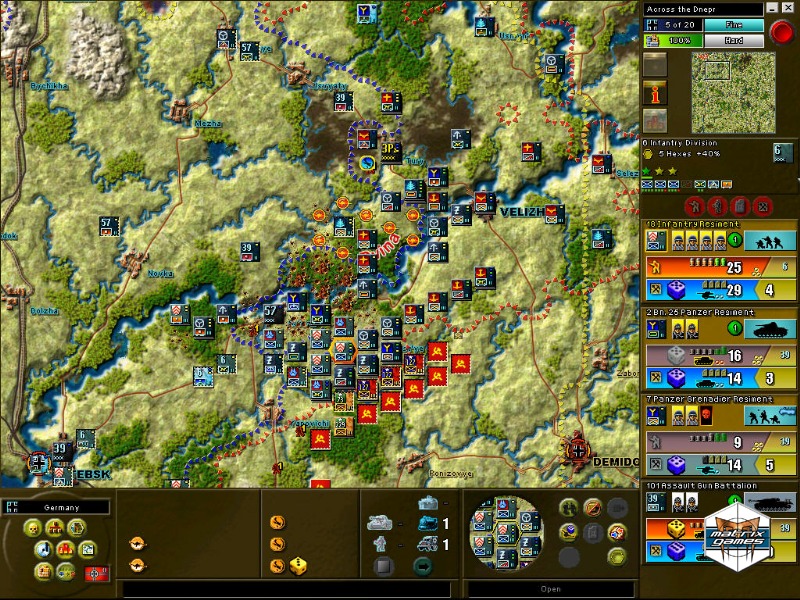 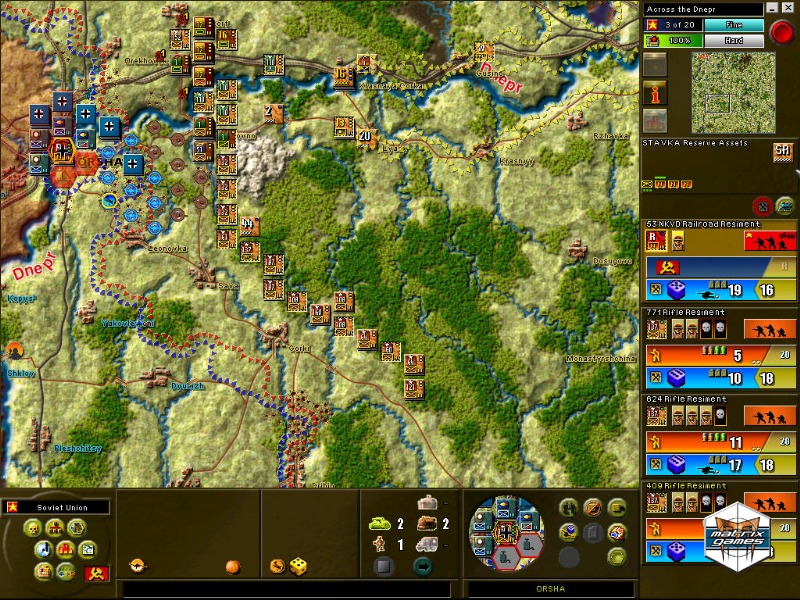 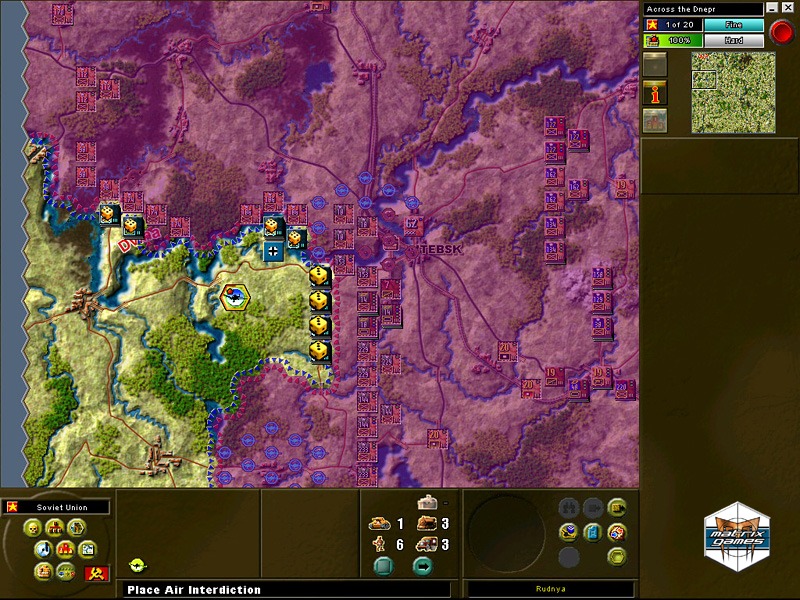 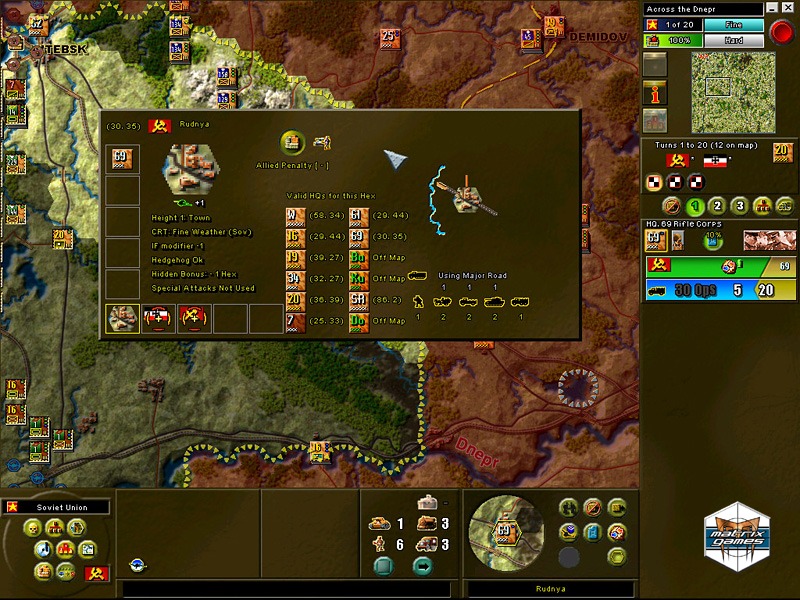 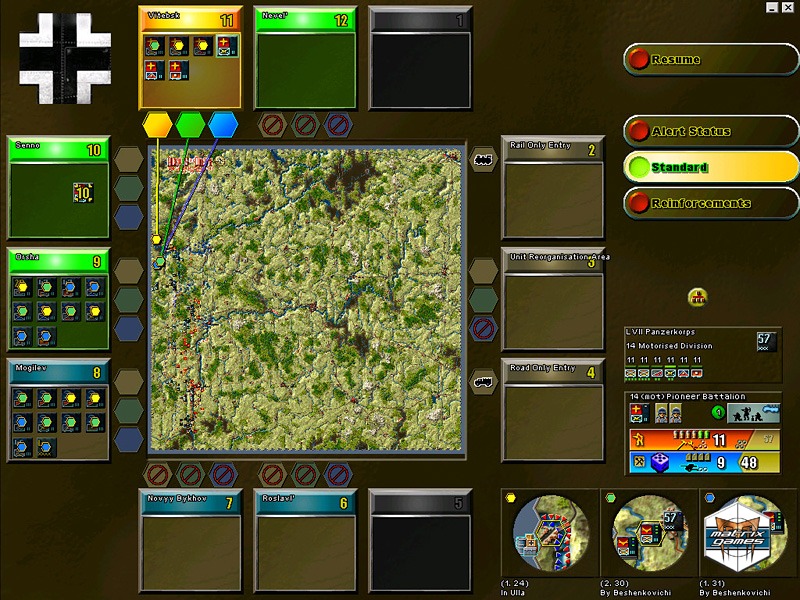 Kharkov: Disaster on the Donets

Kharkov: Disaster on the Donets is a strategy title from the award-winning team at Strategic Studies Group. A synthesis of the very best elements of…

Apr. 05, 2010 - The hefty expansion to the highly touted Kharkov engine is now rolling across the steppes Matrix…

Kharkov: Disaster on the Donets Gets a Major Update

Apr. 05, 2010 - A major new update to the famed gaming system is advancing side-by-side with the newly released…

New Screenshots Released for Across the Dnepr: Second Edition!

Mar. 30, 2010 - New images are smashing into enemy lines for this revamp of a classic game Matrix Games and…

Kharkov: Disaster on the Donets is Updated

Across the Dnepr: Second Edition is an expansion for Kharkov: Disaster on the Donets, successor to the highly popular and award winning Decisive Battles and Battlefront engines, combining the best elements of both. This DLC expands the game with a huge new 20 day campaign based on the classics.

Can the Blitzkrieg be stopped?

July 1941: Four mighty German armies have smashed through the Soviet frontier defences, and are aimed directly at Moscow. Before Moscow can fall, Smolensk must be taken. The Red Army, recovering from the initial onslaught and reinforced by Stalin has been ordered to counterattack the unsuspecting Germans. This massive collision of forces produces a maelstrom of men and machines. For the Germans, delay at Smolensk equals defeat at Moscow. For the Red Army, no price is too high to pay.

Across the Dnepr: Second Edition revisits a classic on a new system. Created from the ground up as an expansion for SSG’s acclaimed game engine, Kharkov: Disaster on the Donets, the Second Edition of Across the Dnepr includes Areas of Operations, top-notch AI programming and multiple Mystery Variants to keep gamers guessing.  The Across the Dnepr: Second Edition package also includes three free scenarios, Operation Husky, Operation Konrad and Kirovograd, also released with the last update to Kharkov: Disaster on the Donets. Running on a proven wargaming engine hailed as “a real strategy heavyweight” by critics, these recharged scenarios illustrate just what can be done with the powerful editing tools included in the SSG’s series.

Huge new 20 day campaign based on the classics

Across the Dnepr campaign from a previous award winning SSG title

Includes 3 free scenarios in addition to the Across the Dnepr mega-scenario: Operation Husky, Operation Konrad and Kirovograd

A new (and brutal) unit is now available, Russian NKVD, which can be used to prevent other units from retreating!