I cannot attack the British fleet with my Japanese fleet, whenever I right click the screen just flashes and nothing happens.

Not sure if posting a link works.

Could the issue be weather related?
Rice is a great snack when you're hungry and you want 2,000 of something to eat.
Top

Email me the save game. I will look.

Make sure you don't have your attack display delay set so low you can't see anything.
Creator Kraken Studios
- WarPlan
- WarPlan Pacific

How do I do that, its a PBEM game.

Also I set the 'attack display delay' to 3 seconds which is the max and no change.
Top

here are the error logs

Had this issue come up in a turn I just received. Weather is clear, the fleet has an AP remaining, they're in fleet mode. When the enemy fleet is right clicked the screen flashes, the AP is not used and a blank entry is added to the combat logs. A nearby air unit can strike either fleet but not the carrier fleet, I've rerun the turn a couple of times and they won't strike regardless of any other factors. This has the potential to be the game deciding fight as well. It's the entire remaining US fleet with transports against 12 Japanese carriers that cannot attack them. 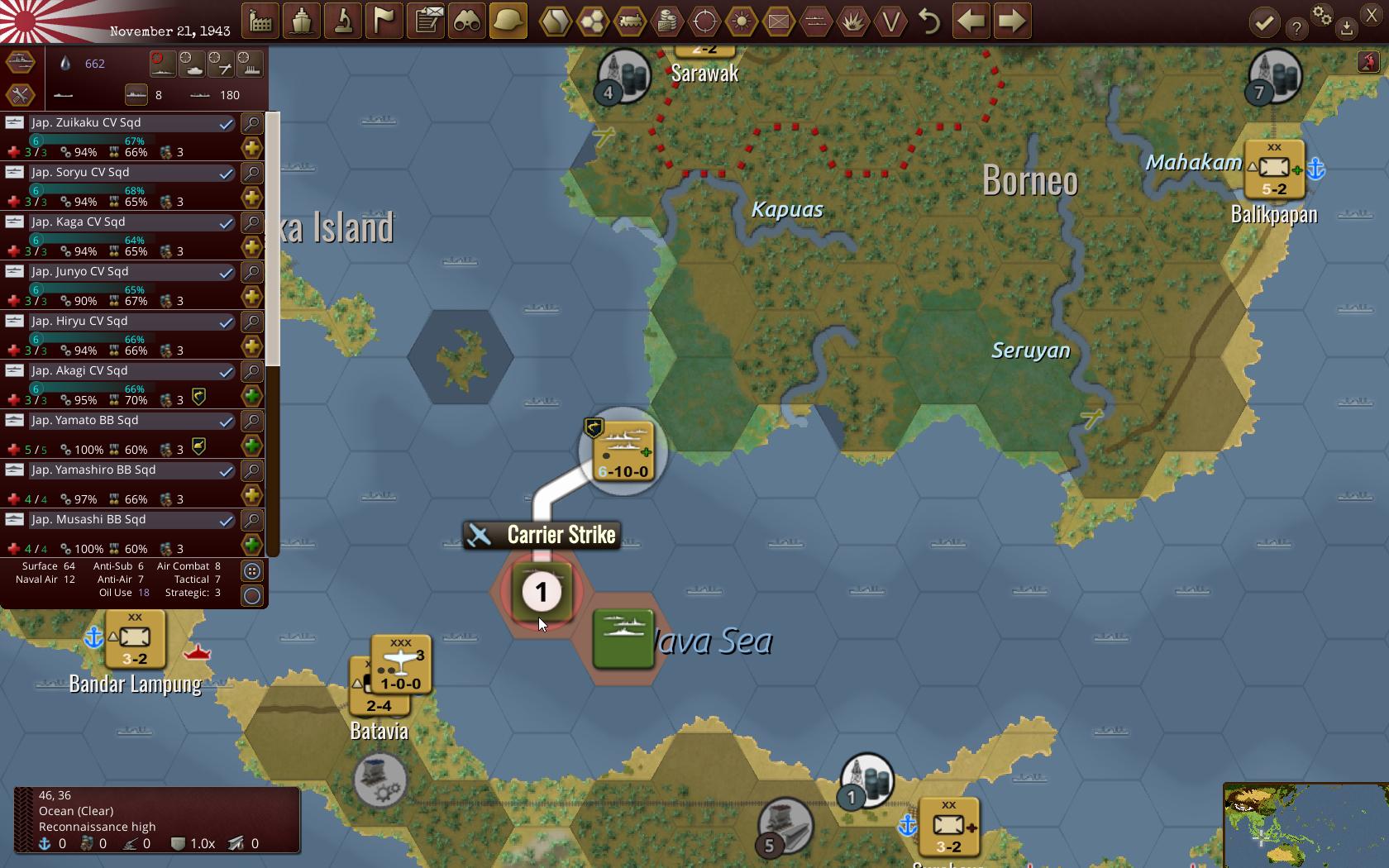 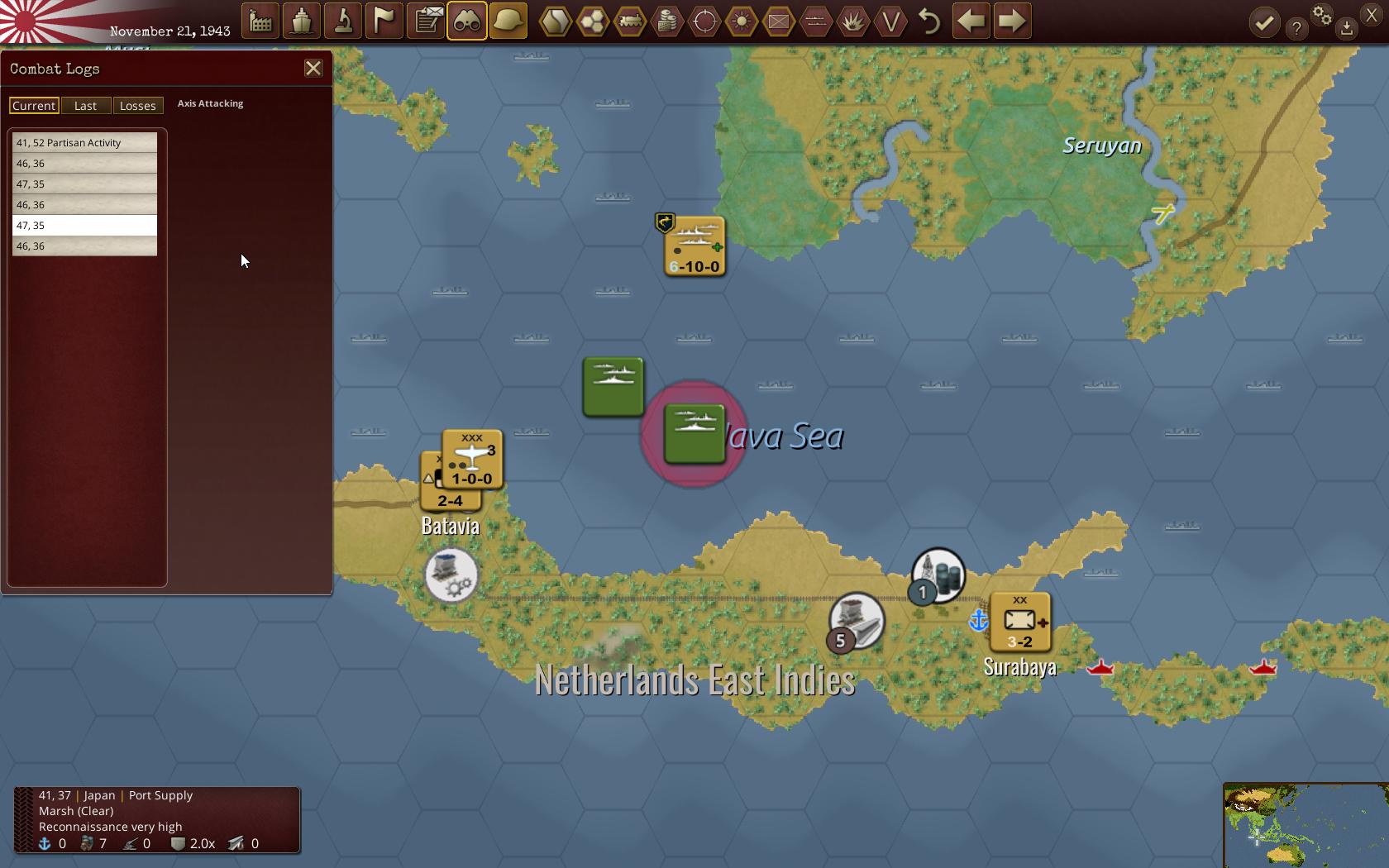 You can see the Japanese one there, 6CV's, 6BB's, 2CA's and 2DD's and another of similar composition. The two American fleets are showing as 24 ships with 6CV's, 8BB's and transports, the second is 11 ships with 6CV's 1BB and transports. Carrier strikes can't be launched against either. A fleet of purely surface ships can attack but that's obviously suicidal.
Top

No land troops transported inside your fleet?
Chancellor Gorkon to Captain James T. Kirk:
You don't trust me, do you? I don't blame you. If there is to be a brave new world, our generation is going to have the hardest time living in it.

I've got the bug figured out. Carrier strikes cannot be launched against against fleets that contain a mixture of carriers and transports. The above bug happens every time. It's very easily replicated by loading up hotseat, sticking a transport in the PH strike force and trying to attack it with the American carriers.

Obviously this is totally gamebreaking if people start abusing it.
Top

I got it. Im on that bug
Creator Kraken Studios
- WarPlan
- WarPlan Pacific

Any progress on this one? It doesn't seem to be fixed in the latest patch and I've got an opponent just sailing around with untouchable fleets because they're keeping transports and CV's mixed in. It's really infuriating to play against.
Top

I houseruled it but it was not well taken to.
PC wargamers discord
Top

Hotfix is still delayed due to an issue at Matrix with a licensing vendor. Everyone is pissed. A lot of games are held up.
Creator Kraken Studios
- WarPlan
- WarPlan Pacific