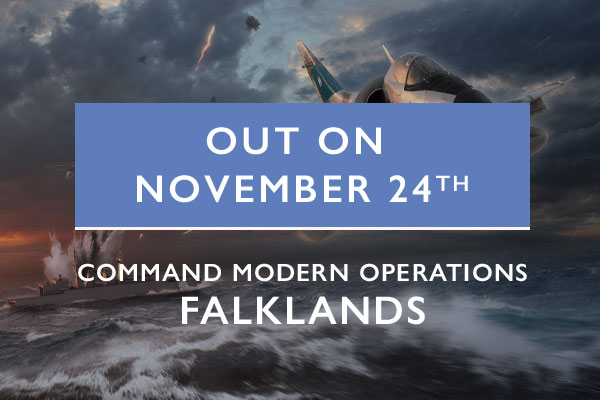 A military-oriented and sci-fi wargame, set on procedural planets with customizable factions and endless choices.

In the previous DevLog we looked at how to generate a Planet and start a game.

In this one we’ll take a look at the most important and immediate task that you’ll have: Expanding your little empire and ensuring its safety against possible attack.

Though in theory it is possible to co-win the game by making an alliance with the winning player, in practice that is a very risky strategy and you’d be better focusing on military conquest to win the game.
Inspecting your initial forces
A default game starts drops you in the game with only a few Militia forces under your command. Above we see a typical game start state.

1. The Units initially at your exposure are 4 Militia battalions and 1 Militia regiment (note it has more troops) as well as your Strategic HQ (SHQ).

2. When selecting a Unit you can see if it contains Regular Troops (REG) or Militia Troops (MIL).

3. As long as your Militia Units stay within your HQ Power Range they’ll be able to receive positive effects from Operational HQ Skill Rolls. (note that SHQ Skill Rolls always apply irrespective of range between Unit and HQ)

4. Note that non-aligned Unit close to our City.

Militia forces
Militia forces might be relatively weak,. but they have one big advantage. Their recruitment and support is completely autonomous. As long as a Zone has enough Militancy score it will keep recruiting new Militia and sending you the supplies and/or replacement forces that the Militia in the field requires.

With time, the Militia will be able to improve the statistics of their Troops and they might even well start using older Models which you have developed for your Regular Troops.

Militia are rather sensitive, however, to your empire creating large amounts of Regular Troops. You can offset this by making certain Decisions, but as a rule of thumb the Militancy levels will start declining once you have constructed a sizeable Regular force.
Create some safe space around your City
Having enemy Units (like non-aligned Units) close to your City will give your initial Zone so-called Danger Points. Claiming about 2 Hexes around your City should remove any such effect. Your Militia forces are relatively weak and are best used for defence. So, when you use them in an offensive role always try to mass them. Also, for optimal success chances try to attack with Units that have full Action Points available.

Each Combat Round costs 10 Action Points, and the more Combat Rounds the fight can continue the more chance you’ll win the fight and take the Hex. Furthermore, in the initial 2 Combat Rounds the defender has an extra advantage (as your Troops are closing the distance), so that is another reason to avoid short indecisive battles. During the AI turns the non-aligned forces launched their own attack against one of the Militia Battalions. As you can see our recon was faulty, their Unit did not contain 700 troops, but 2400 troops instead! Always keep this FOW effect in mind (unless you have really a lot of Recon Points on the Hex). After you order an attack the Combat Selection Popup will appear, giving you a wealth of information on the modifiers as well as an estimate of the combat odds. These odds are an estimate, not a prediction, and you should always take them with a grain of salt. However, if the color turns bright green you’ll be sure you’ll win and if turns bright red you’ll be sure you’ll lose.

1. Note that all our Militia forces are ordered to join the attack, we are trying to mass as many troops as possible. The Motorized Militia Unit (truck symbol on counter) sadly does not have the Action Points to enter a sand Hex (trucks don’t drive well in loose sand) and so cannot join the combat.

2. Whenever possible, try to attack from as many angles as you can. By attacking from three sides in this example the Militia has secured a +40% bonus. That might just make the key difference.

4. Also note that due to our lousy Recon we are probably overestimating the size of the enemy unit (which in the history report was at 2400 troops). The battle was almost won…

1. The defender held. The Hex has not been taken.

2. Note that it was a close call though. The defender would probably have retreated if its operational troops would have dropped below 50%.

3. Our troops got some good modifiers from the SHQ Commander, Concentric Attack and Experience.

4. Note this particular heroic subunit that scored 5 hits on the enemy (of which 2 were kills).
Raise some Regular Troops
I think the above section illustrates the limited value of Militia Troops in an offensive role.

1. To the left we see the statistics of Militia Infantry.

2. To the right we see the statistics of the Regular Infantry Troops.

4. Note that Regular Infantry has almost double the attack values.

For these reasons it is a good idea to Raise some Regular Troops Units. They’ll perform about 2.5 times better than their Militia brothers. (however, keep in mind they’ll be recruited at 0 experience points) Using the “Raise Formation” order we can raise some new Units. We do not have enough Recruits available at the moment to recruit a multi-unit Brigade under its own HQ so an Infantry and a Buggy (car with MG) Battalion are raised. Note that you can increase the recruitment of Recruits by calling the Governor of a Zone to tell him/her to recruit more.

These buggies are an excellent complement to the existing Militia since they have good attack values. Above is an attack that much more likely to succeed. Note the newly recruited Regular Units augment the Militia forces enough to have enough punch to brush aside those pesky Free Folk Marauders.
Improve Morale of Regular Troops
While waiting for our Zone to produce some more Recruits, let’s try to improve the Morale of our Regular Troops. You can do this by calling your Secretary and asking him/her to prepare a Decision on salaries. On default mode your Regular Troops get their rations and the rest is payment in gratitude and the honor to serve the nation. If you give them several Micros of salary (a 1/1000th of a Credit) per round that will improve their Morale. Higher morale will keep them in the fight longer and they will be less prone to panicking, this will be especially important with certain Postures.
Raise a multi-unit Formation
Once you have enough Resources (Items) and Recruits you will do well to recruit a multi-unit Formation with its own Operational HQ (OHQ).

You’ll be able to assign a Commander to an OHQ and Skill Rolls will add to your combat bonuses. Furthermore, you can play Posture Stratagems on your OHQs that can also give combat bonuses. The combined effect of OHQ Commanders and Postures is such that you should try (in the future) to have the majority of your forces under OHQ command.

There is not too much choice at the start of the game, so an Infantry Brigade is an economic choice.

Note that to get more Formation Types to choose from you’ll have to discover and develop more Models (like Light Tanks, Artillery, etc..) using the Model Council and also operationalize new Formation Types using the Staff Council.
Quick look at Models that can become available
Once your technology advances and you make an effort to discover new Model Types, more types of Formations will be available to choose from. The Model Types you have already discovered are shown in green.
Assign a Commander 2. When newly raised there is no Commander assigned.

3. The round after you raised the Unit a selection committee will have prepared a Commander selection list for you to choose a Commander from.

4. Note that sometimes the most suitable candidate is not presented to you for political reasons of the selection committee. You can dismiss candidates at a small Political Point cost.

Keep in mind that if you want to change a Commander you’ll have to call and dismiss him/her.

To generate more Posture Stratagems you need to get a Staff Council operational and assign a lot of budget to their Posture Task.

In the Stratagem Tab you pick the Posture Stratagem you want to play and select the OHQ to receive it.

To do this select the Individual Unit and click the Unit Admin Order to assign it to an OHQ of choice.

Our 1st Infantry Brigade can also be inspected in the OOB Tab, like above, and here we see it and its 5 battalions, but with an added Auxiliary Unit. This Auxiliary Unit will now also benefit from the Commander and Posture bonuses.
Keep an eye on Ammo, Fuel and Food
Every round your Troops consume Food and when they move or fight they can use Fuel. During battle (especially offensive action) they’ll use Ammo.

Keep an eye on your SHQ Item stocks:

You can produce Items using your Assets or buy Items from the Traders. 1. Above we see the Logistical Points that have been generated in your Logistical network. Note they stop well short of the Advanced motorized Militia Units to the South-East.

1. This is the last Hex that has Logistical Points on it. This is the point where the Units will need to pick up the supplies they need.

3. The actual location of the Units however is to far away from pickup point 1 and hence it is receiving less than it is requesting. Note that this Militia Unit only received 2 of the 4 Fuel and 5 of the 9 Food that it requested.

There are two solutions here… For the present it would be wise to move the Units back to point 2 so that they will be fully supplied again. But after that it would be wise to extend the Logistical Network to facilitate further conquest.
Extending your Logistical Network
This you can do buy constructing either (1) new Logistical Point Sources like Truck or Train Stations or by (2) extending the range of existing Logistical Point Sources by construction of Supply Bases.

To construct a new Logistical Point Source use the Construct Asset Order. Probably preferably on the City Hex of the Zone.

To construct a Supply Base pick a Hex that is still receiving a good number of Logistical Points (they go down quickly after they go beyond the AP Range of their source).

As you can see Supply Bases are cheap and quick to construct. They do not actually add any Logistical Points to your Network, but they extend the range of the existing points entering the Hex with the Supply Base. After the Supply Base has become operational and its effect applied to the Logistical Network we see we have extended our range.

1. The Logistical Points that enter the Hex with the Supply Base are receiving +50 AP extra range.

2. Allowing plenty of points to arrive 5 Hexes further. After which they decline quickly again. The advance Units now are in full supply again.

This is looking incredible, Vic.

I think it lack a way to train troops(&officers) like Heart of Iron 4 or EU4 with increased maintenance cost or something like exercise to give them the regular rank.
Top
Post Reply
3 posts • Page 1 of 1