EDIT: The public beta has been updated to version 4.0.1.23. Download link below has been replaced, and changelog updated.

The TOAWIV team has been working hard to address the few issues that have come up during the week since release, and also to incorporate the feedback that you have provided.

All of these fixes and changes are now available in this public beta update. While we have found this version to be stable, with such a complex game we need more testing to confirm everything works as intended, before we can make it official.

If you want to have an early look, and help us test the patch, you can grab it from the link just below. If you have any technical issues to report with this patch, please make sure to use the "[4.0.1.22]" prefix on any thread title you open in the Tech Support sub-forum. If you wish to leave any general feedback on the beta update, please use this thread.


INSTALLLATION
The update comes in a zip package. It needs to be unzipped into the game's main folder, overwriting the existing files.
This folder, by default, is "Program Files(x86)\Matrix Games\The Operational Art of War IV"

If you are unable to unzip the package into this location (this is possible with certain system settings), then please unzip it into a separate folder, and then copy the files into the game's main folder referenced above.

4.0.1.22:
Made a change that may help with the black boxes.
Fixed loading a unit into the editor.
Tooltips should now remain onscreen.
The editor will no longer crash with a bad OOB, instead it will try to clean it up and give warnings.
Did some more rewriting to make the scenario loading code even more bulletproof.
Hints no longer happen when a popup menu is open.
Supply over railroads when there is a RoadCost other than the default now work correctly.
Modified the AirBorne cost when there is a RoadCost other than the default but haven't had a chance to test it.
Made a change that might help with the issue of the combat report dialog crashing.
The close dialog on the New Scenario Dialog now returns to the start screen.

4.0.1.15:
- Fixed crash in Bitter Victory Sicily. I believe this was caused by a land unit being knocked out of ship transport mode while moving as a fleet when it was the last remaining unit.
- Fixed issue with the AI not moving Ships. It may have prevented some land units from moving as well. I made a change to make the ship AI faster but didn't fully test it.
- Found and fixed the bug that causes the formation lines to show up. Since it's intermittent, I can't verify 100% that it's fixed, but I believe it is.
- Added a Graphics entry under the [Scaling] section fo the Opart 4 Fonts.ini file
This upscales many of the graphics. Values greater than one make things bigger, values less than one make things smaller. This should be used with larger or smaller fonts.
- Added in some updates to the expanded time and distance rules. Bob had made these a couple of weeks ago but since none of the current scenarios use them I didn't want to put this out as part of the release. No UI changes, just some cleanup of the existing new levels.
- Chinese characters should now show up in the diplomatic pouch.
- Classic view map resizing no longer leaves classic view.
- Fixed issue with Chinese in diplomacy pouch
- Fixed issue with zoom in classic view leaving classic view.
- Fixed issue with loading/saving non-game object like units.
- Fixed Net Awards calculation
- Fixed F1 now opens the manual
- Made scrolling easier.
Increased the scrolling area around the main map to 32 pixels.
Modified the dialog boxes so that the mouse capture no longer extends beyond the visible area
Modified the dialog boxes so that the drag area is 15 pixels around the visible area
- Hid the warfare panel on screens equal to or smaller than 1024x768.
- Clicking in the combat planner should no longer cause a double-click.
- To help isolate and/or fix the problems some people are having with Chinese logins, if you add a file called DefaultFolder.txt file and put the path to the folder inside, it will use that instead of trying to find the my documents folder. To use this, you might create a folder called C:/TOAW and put contents of Documents/My Games/The Operational Art of War IV and all it's subfolders into it. Then launch TOAW as an administrator and it should work.
- To help diagnose an issue some people are having with pauses, if you open the Opart 4.ini file in Documents/My Games/The Operational Art of War IV and add a line labeled smallram=Y it may help.
- Game Select dialog now has labels for the buttons. This should help new players.
- PBEM Errors should no longer leave you on a blank screen.
- Shifted Units slightly left in the smaller views to make them look better.
- Start up code show now give better error messages.
- Tweaked the position of the counter on the map.
- Fixed the issue with right scroll not working after changing from large to small map view
- Fixed occasional crashes with playback in PBEM++

I have yet to start playing OAW IV. If I install the beta will that put me on a different server like it does in Strat Cmd? If so is there a way to be on both servers?
Live Long and Prosper,
Noah Nason
LTC Field Artillery
US Army Retired
Top

I have yet to start playing OAW IV. If I install the beta will that put me on a different server like it does in Strat Cmd? If so is there a way to be on both servers?


No, this one will keep you on the main PBEM server as this update should be 100% compatible with the official version in terms of PBEM.
Top

where does the Opart 4 map files go?
"Remember. This is a military operation. They NEVER go according to plan." ---Gen. Beck to Col. Stauffenberg (VALKYRIE) 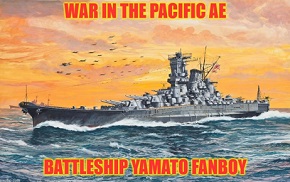 Not sure if game updated, where do i find the game version no.
Formerly Goodwood

where does the Opart 4 map files go?

Not sure if game updated, where do i find the game version no.


In the main menu, go to the Help section in the top bar and click about. The version number will flash up before the credits (admittedly, it flashes up too briefly)
Top

Yes I thought so your right gotta be quick[:)]
Formerly Goodwood

If you mouse over the executable in Explorer, you will also see the version number, of you can go into properties and it lists is there.
Ralph Trickey
TOAW IV Programmer
Blog: http://operationalwarfare.com
---
My comments are my own, and do not represent the views of any other person or entity. Nothing that I say should be construed in any way as a promise of anything.
Top

What are the .map files? Look like some kind of debug log, probably from a debugger? Do we even need them, I deleted them and it worked fine...

OUW (Order of the Upgrade Wars)

There are folks out there with way too much time on their hands.
- Norm Koger
Top

Sorry, I forgot to remove them. I keep them so that I can debug any crashes. They aren't needed.

Ralph Trickey
TOAW IV Programmer
Blog: http://operationalwarfare.com
---
My comments are my own, and do not represent the views of any other person or entity. Nothing that I say should be construed in any way as a promise of anything.
Top

The 4.0.1.15 file I downloaded wouldn't unzip in the main TotH folder. I had to open it and drag each file of 4.0.1.15 into the main TotH folder and install them there. Each time before dragging it asked me if I had administrator privileges. Not user-friendly at all.
Gino
Top


As I mentioned in the original post above this is possible depending on your system settings.

Yes, this is not ideal, of course the official patch will self-extract. But we wanted to get this beta update out before the weekend and uploading it as a zip file was the only option for that.
Top

ORIGINAL: Tamas
[...] But we wanted to get this beta update out before the weekend and uploading it as a zip file was the only option for that.

Thanks for that, I'll try it right now

Thanks for a fast patch. I know you tried to address the scrolling issues, don't see much help here. Still a pain if using the mouse. Can we please get a full window mode? That would solve the problem completely.

Thanks for a fast patch. I know you tried to address the scrolling issues, don't see much help here. Still a pain if using the mouse. Can we please get a full window mode? That would solve the problem completely.

You can use this tool to put TOAW in full screen mode. Works perfectly:
https://github.com/Codeusa/Borderless-Gaming/releases
Top

Thanks a lot. Scaling works great.

It does, but at 2560x1440 and 27" screen, I think I would only want to make bigger the unit panel. Maybe the status panel too, would be great if there were separate settings for the different panels [:'(]
Top

Will the official patch include the upgraded/fixed scenarios?
"Yes darling, I served in the Navy for eight years. I was a cook..."
"Oh dad... so you were a God-damned cook?"

Will the official patch include the upgraded/fixed scenarios?


Following on from this there have been a lot of posts with updated scenarios (thanks all for that) but i went off on a bit of a rant (apologies) about this in the Operation Torch thread which i repeat below:-

ORIGINAL: sPzAbt653
OPERATION TORCH SCENARIO
By accident, the release version of this scenario was not updated to handle the changed naval circumstances better, resulting in too high casualties to coastal fortress gun fire.

This version fixes that.
In the Editor > Deployment > Edit, at the bottom of the list is a Naval Attrition Divider. It is set to the default of ten. It needs to be reset to 100 [or more] to keep the Coast Batteries from getting too many shots at targets. It affects other naval stuff too, just like the Attrition Divider.

ORIGINAL: Sanderz
So every scenario should have a value of say "100"? What about any old scenario that we import and "save as" does that change the value to 100? If not do you know if the game be patched to do so?

Are you aware of any other values not updated by "save as" that have serious consequences to game play.

I'm assuming patches won't include scenario updates, do you know if so will matrix be setting up a scenario bank (like VR designs) so that scenarios can easily be found and updated - because if the only way is digging through lots of forum posts then that really is not good.

Return to “The Operational Art of War IV”