Whats the reload req for the Mousetrap Mk 20?

Whats the reload req for the Mousetrap Mk 20?

I'm trying out the guadalcanal scenario and my subchasers won't reload their mousetrap mk 20's at noumea with a level 7 port and 170 naval support. There's also an AG with supply and an AE with supply disbanded in port (the ag is a 3350 capacity and the ae is 3600). 20.1.2.2 the table showing various rearm costs doesn't have the mousetrap but other depthcharges are shown with the mk 7 DC being rearmable at a lvl 7 port (only needing 14 nav supp at a lvl 6 port).

I tried searching the forums but got the same old "The system could not find any record" we've been getting for a while.


And while I'm talking about the guadalcanal scenario... where's the fuel! lol, 2000 fuel a day at noumea and 500 at sydney isn't enough to support even bare bones naval ops. It'll take years of production at sydney before enough is produced to flow to brisbane where I was hoping to base subs, and I'm limited to like one outing a month with my carriers. Is there fuel somewhere else that I can get? I've got a bunch of tankers and AO's sitting around because there's no fuel to put in them.
Top

Quickest way to check #1 is probably the editor - specifically, all the Mousetraps in Guad have a load cost of 9999, which...I can't remember offhand, but I'm not 100% sure you can reload that anywhere. I think this was something that got fixed in a patch a while back? maybe didn't make its way into the scenario
Top

I find a tootsie roll and some deft fingers is all I need... I moved em to sydney's level 8 port and they still won't reload so ya, I think it's a bug heh. Ah well, ASW at this point in the war is largely worthless anyways, and the subchasers are always substandard. This just makes them moreso. Add to that the completely untrained aircrews and we're not catching any subs.


On the fuel front, ug. I have 30k fuel at noumea now but my latest excursion (supply and reinforcements for PM, covered by carrier of course because the betty's can reach to rockhampton's area of the map lol) is on it's way back to drain that for another month lol.

I remember during my playthrough of the grand campaign when I was working on neutralizing rabaul I had like a million fuel and supply sequestered at noumea in preparation, with ample resupply arriving to keep things going. This small scenario seems like the allies didn't prepare very well heh. I especially find myself yelling at the TK's that appear in noumea empty.
Top

IIRC, there was indeed a bug about Mousetraps in that scenario, it has been discussed before. Wish that forum search was bit better...
"To meaningless French Idealism, Liberty, Fraternity and Equality...we answer with German Realism, Infantry, Cavalry and Artillery" -Prince von Bülov, 1870- 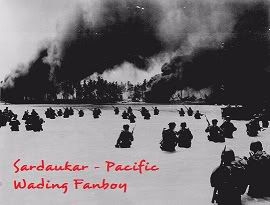 I'm trying out the guadalcanal scenario and my subchasers won't reload their mousetrap mk 20's at noumea with a level 7 port and 170 naval support.

device load cost is out of wack with the latest patch updates. Will try to get it fit into the next patch.

And while I'm talking about the guadalcanal scenario... where's the fuel!

sitting back at the respective country's home ports along with all the supply. [:)]

The South Pacific in mid 1942 was a logistical black hole. Remember that WATCHTOWER was also nicknamed "The Shoestring campaign" by the Allied C/O's. The Japanese were not in much better shape and by the time of Santa Cruz, they were fueling key ships by draining the bunkers of big battleships like the Yamato sitting at Truk.

The GC tends to spoil players by allowing virtual unlimited supplies and fuel for most situations, bad preperation not withstanding, allowing continual max effort operations (by all available ships) Here....you can't do that except in short bursts. A key tip that helps conserve fuel is to always set your TF's to "no auto refuel" on returning to base, that way you can manually choose which ships to refuel for the next op. This is especially useful when a damaged ship returns to port. You don't after all want to waste precious fuel filling up the bunkers of a ship you arn't going to use and/or are going to send back to home port for permanent repairs.

Using select ships in small groups stretches out your fuel reserves and allows a buildup to support larger operations at critical points in the campaign.