ARISE! The Necrons Faction Pack for Warhammer 40,000: Battlesector is out

ARISE! The Necrons Faction Pack for Warhammer 40,000: Battlesector is out

Today marks the start of an exciting new chapter for Warhammer 40,000: Battlesector.

We are releasing the first major expansion for the game, which includes support for a new faction, the Necrons, and a new type of skirmish campaign, called Planetary Supremacy.

For sixty million years, the Necrons have slept in their tombs. As of now, they are available as a playable faction in Warhammer 40,000: Battlesector. The Necron Faction Pack adds 14 new units, plus the Doom Scythe flyer for devastating HQ Commands.

From powerful HQ units, like the Overlord, Plasmancer and Hexmark Destroyer, to the common troops and supports like the Necron Warriors and Canoptek Scarab Swarms, the Necron army is a versatile collection of undying android destruction.

Do you prefer to launch ranged attacks from afar? The pinpoint accurate Deathmarks and the devastating enmitic strikes from the Lokhurst Heavy Destroyer are here to help.

Want to get up close and personal in glorious melee combat? Ferocious monstrosities like Skorpekh Destroyers or the flesh-hungry Flayed Ones will fit the bill.

A host of new special abilities are also available. Many Necrons are supported by Reanimation Protocols which can repair catastrophic damage, allowing the Necrons to relentlessly continue the fight against the lesser races. The Overlord can use his Orb of Resurrection to summon new Warriors to the battlefield or tailor the combat effectiveness of his forces via Command Protocols, whilst the Plasmancer unleashes utter devastation from all directions via such abilities as the Harbinger of Destruction and the Quantum Orb.

The Necron Faction Pack can be used in skirmish, multiplayer….and the new Planetary Supremacy campaign. 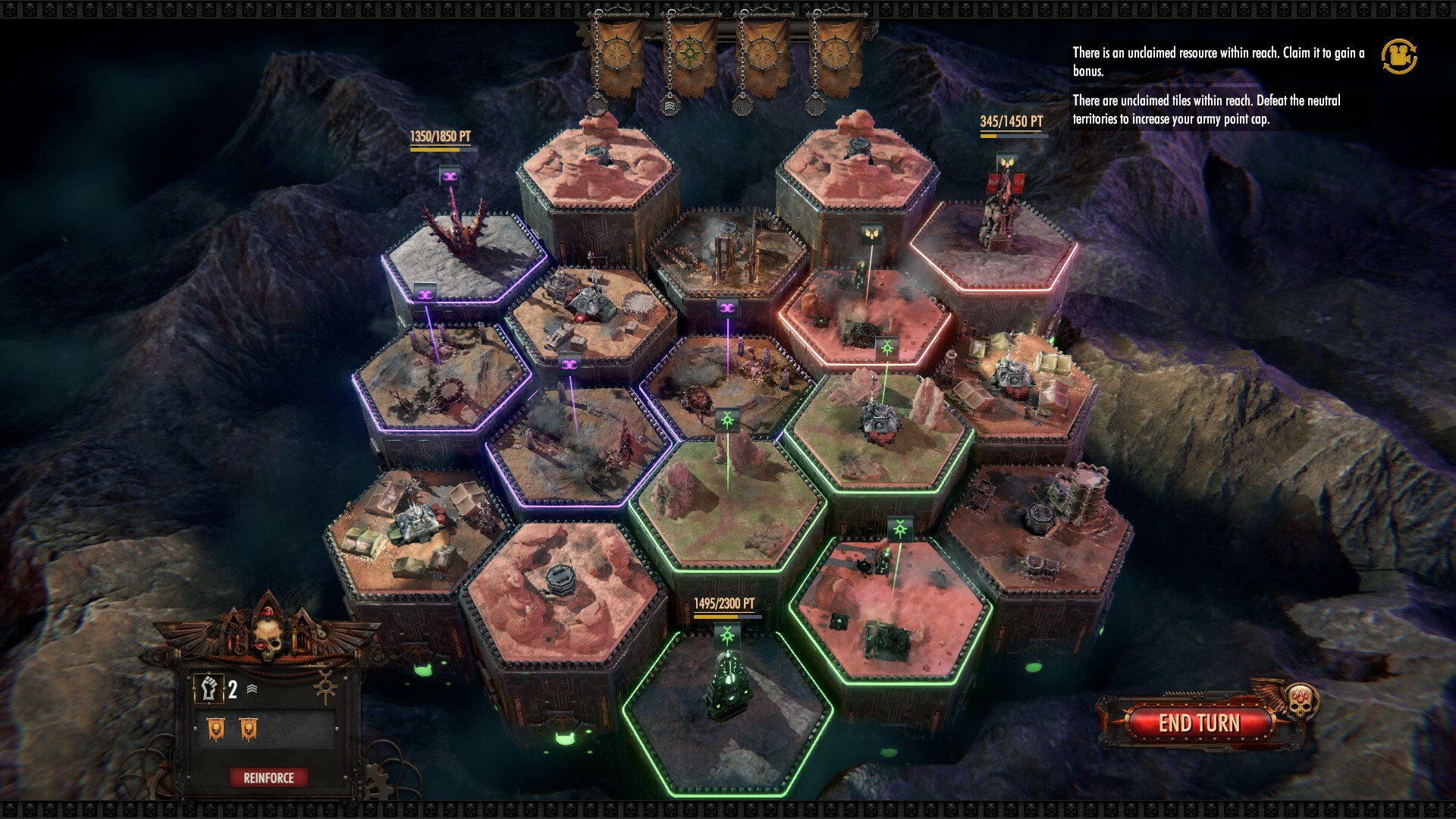 Planetary Supremacy is a new conquest-style skirmish campaign, available to all Battlesector players as part of the base game as a free update.

Three factions fight for control of a forgotten planet, but only one can prevail. Unlike Age of Crimson Dawn, Planetary Supremacy is not narrative-based, so you decide the outcome.

You’ll play on two levels - the overworld game board, and the procedurally generated battle maps. To achieve victory, expand your army and destroy the bases of your opponents, before they destroy yours.

On the overworld game board, you’ll manage your forces, and decide which areas of the map to capture. Some locations will include resources - capture these and you’ll get a bonus, such as a larger army point cap, or reduced cooldowns when reinforcing your army. But be warned: before your arrival, this world has long been at war, and existing forces across the planet will do their best to thwart your progress.

When you proceed to capture a tile, you’ll go into a battle against the current occupier of that location. Each battle will take place on a procedurally-generated map, meaning that each map will be different.

We started the development of Planetary Supremacy after we shipped the Blood Angels Elites Pack and Tyranid Elites Pack in December last year. What we are releasing today is just a first pass of this new style of campaign. We plan to expand this mode in the future, and we want your help. We’ll be seeking feedback from the community about how we expand this system and what new features you’d like to see added. If you would like to give us your feedback, we have prepared a special section of our forum for that purpose, and you can find it here.

I consider this topic to be spam. I'm not interested.
Peter
Top

I'm out of the loop. Can someone give me a summary about new WH40k war games since Armageddon? (Playing that one again by the way)
You know what they say, don't you? About how us MechWarriors are the modern knights, how warfare has become civilized now that we have to abide by conventions and rules of war. Don't believe it.